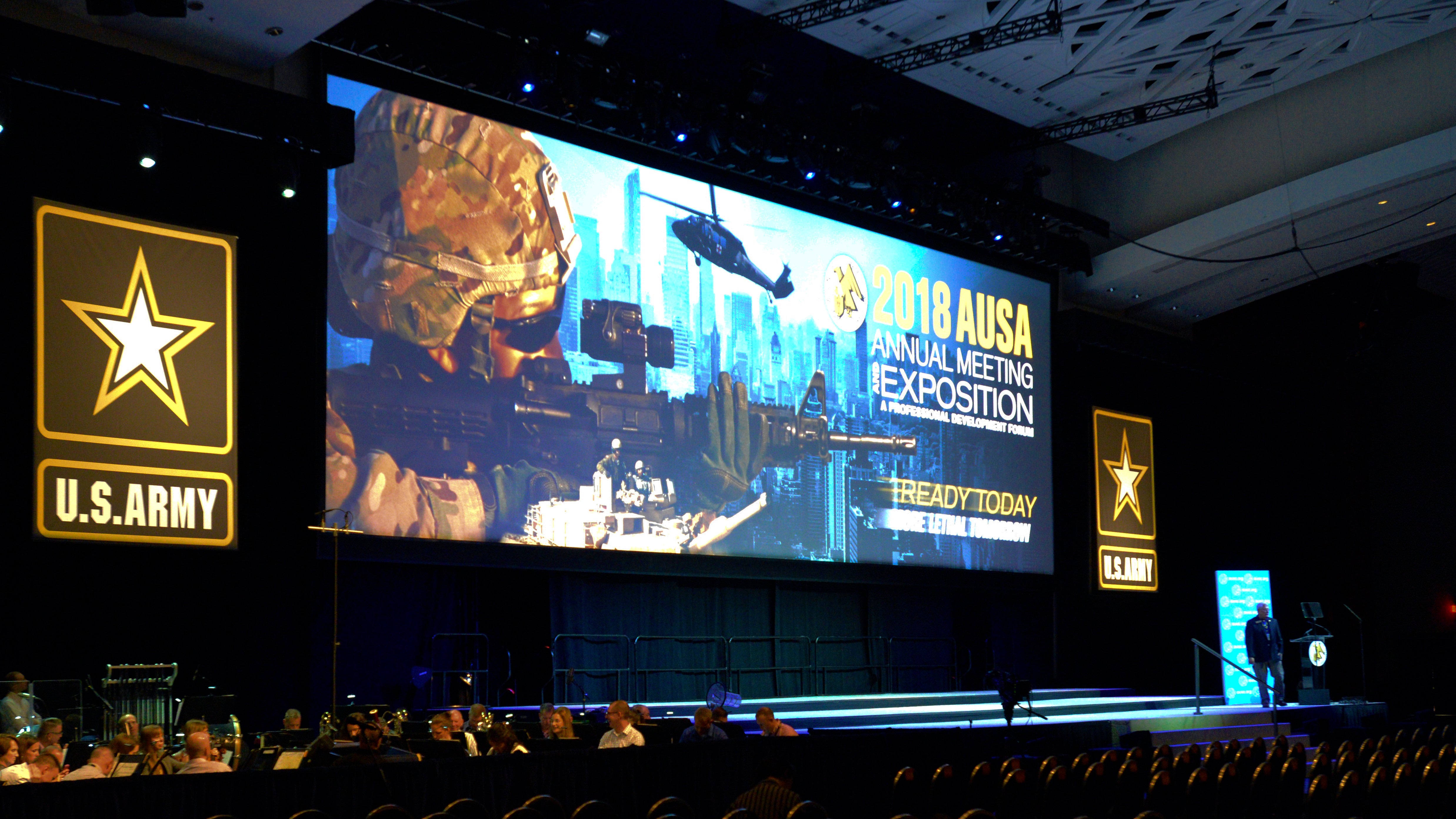 Day One of the largest annual land warfare exposition in North America features the first major address by Secretary of the Army Mark T. Esper, unveiling the Army’s Soldier and NCO of the Year, and a lot of focus on the future, especially what it holds for soldiers and the defense industry.

This 64th Annual Meeting and Exposition of the Association of the U.S. Army is held for the 16th time at the Walter E. Washington Conference and Event Center in Washington, D.C., with a crowd of more than 30,000 expected to attend the three-day event that features more than 720 exhibits spread over 300,000 square feet of space, including nine international pavilions.

“Ready Today, More Lethal Tomorrow,” is the theme of the meeting, and that is expected to also be the theme of Esper’s keynote speech during the opening ceremony, which begins at 9:30 a.m. in the conference center ballroom.

The Soldier of the Year and NCO of the Year will be announced during a luncheon hosted by Sgt. Maj. of the Army Daniel A. Dailey.

An afternoon forum will focus on the U.S. Army Futures Command, with its commanding general, Gen. John M. Murray, Undersecretary of the Army Ryan D. McCarthy and Bruce D. Jette, the assistant Army secretary for acquisition, logistics and technology, part of the conversation.

At Innovator’s Corner, Booth 2361 in Hall B, and at Warrior’s Corner, Booth 7727 in Hall D, the Army starts a three-day technology search where companies are showing off new solutions to Army problems. Demonstrations will continue throughout the day.

The Battle Challenge also gets underway early Monday at Booth 4043 in Hall C.