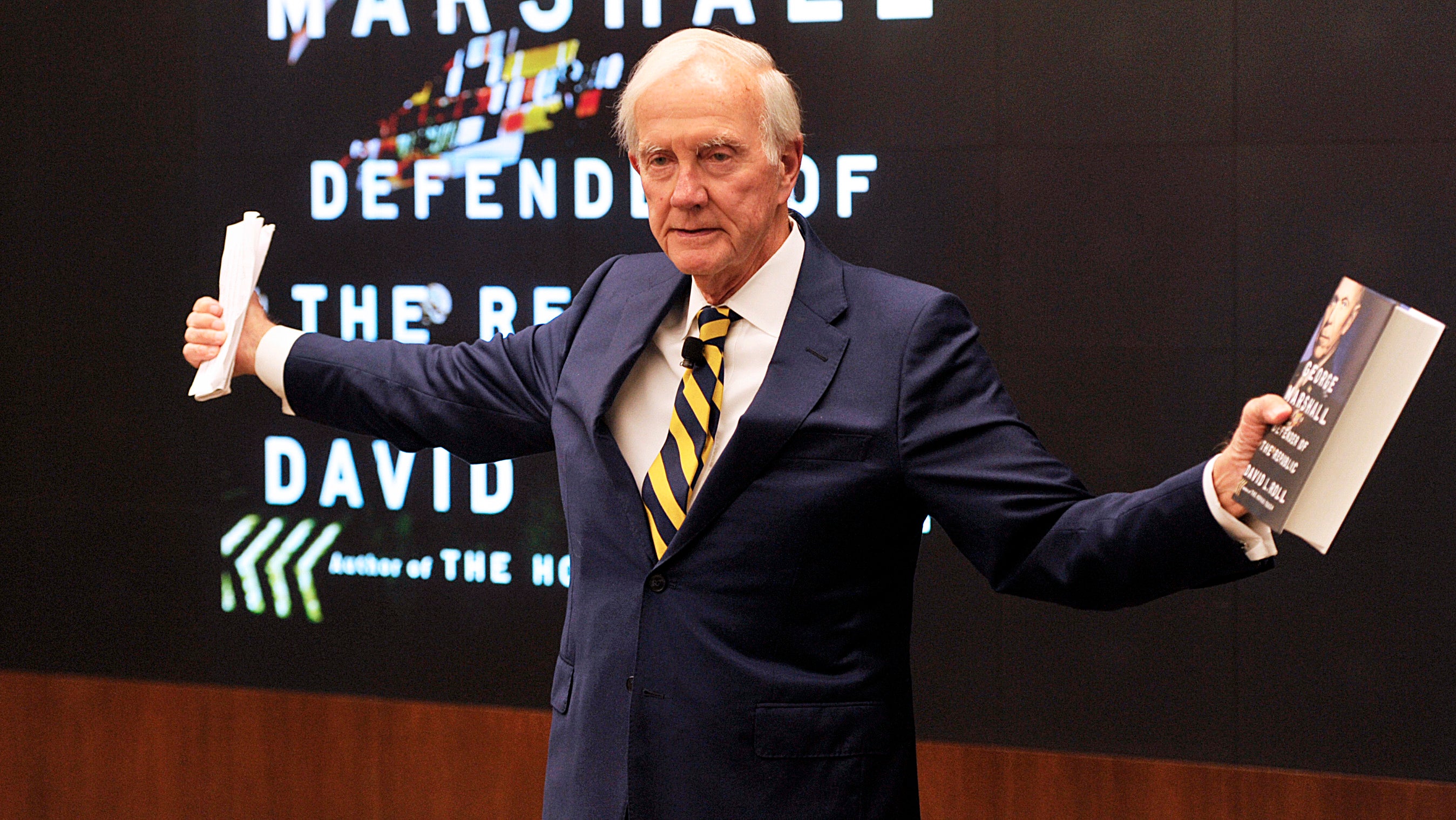 George Marshall, known as one of America’s most distinguished leaders, had a powerful career largely shaped by his character and moral compass that continues to inspire almost 60 years after his death.

“The sheer sweep of Marshall’s 50-year career [as a] soldier-statesman under 10 presidents is truly breathtaking,” said David Roll, author of George Marshall: Defender of the Republic.

Speaking at the Association of the U.S. Army’s Institute of Land Warfare Lemnitzer Lecture on Sept. 23, Roll said Marshall, who served as Army chief of staff and then as secretary of defense, is remembered by most people today as the “man with a plan.”

Roll’s book—set against the backdrop of five major conflicts between World War I and the Cold War—explores the general’s education in military, diplomatic and political power as America emerged as a global superpower.

“By the middle of the 20th century, he became the most respected public figure in America,” Roll said. He focused on Marshall’s inner life and character as they influenced the general’s decision-making, from his time at Virginia Military Institute to his death in 1959.

“Because Marshall’s character enabled him to accomplish great things, it mattered,” Roll said. “It’ll never be replicated, but it needs to be remembered, if not emulated, by today’s leaders.”