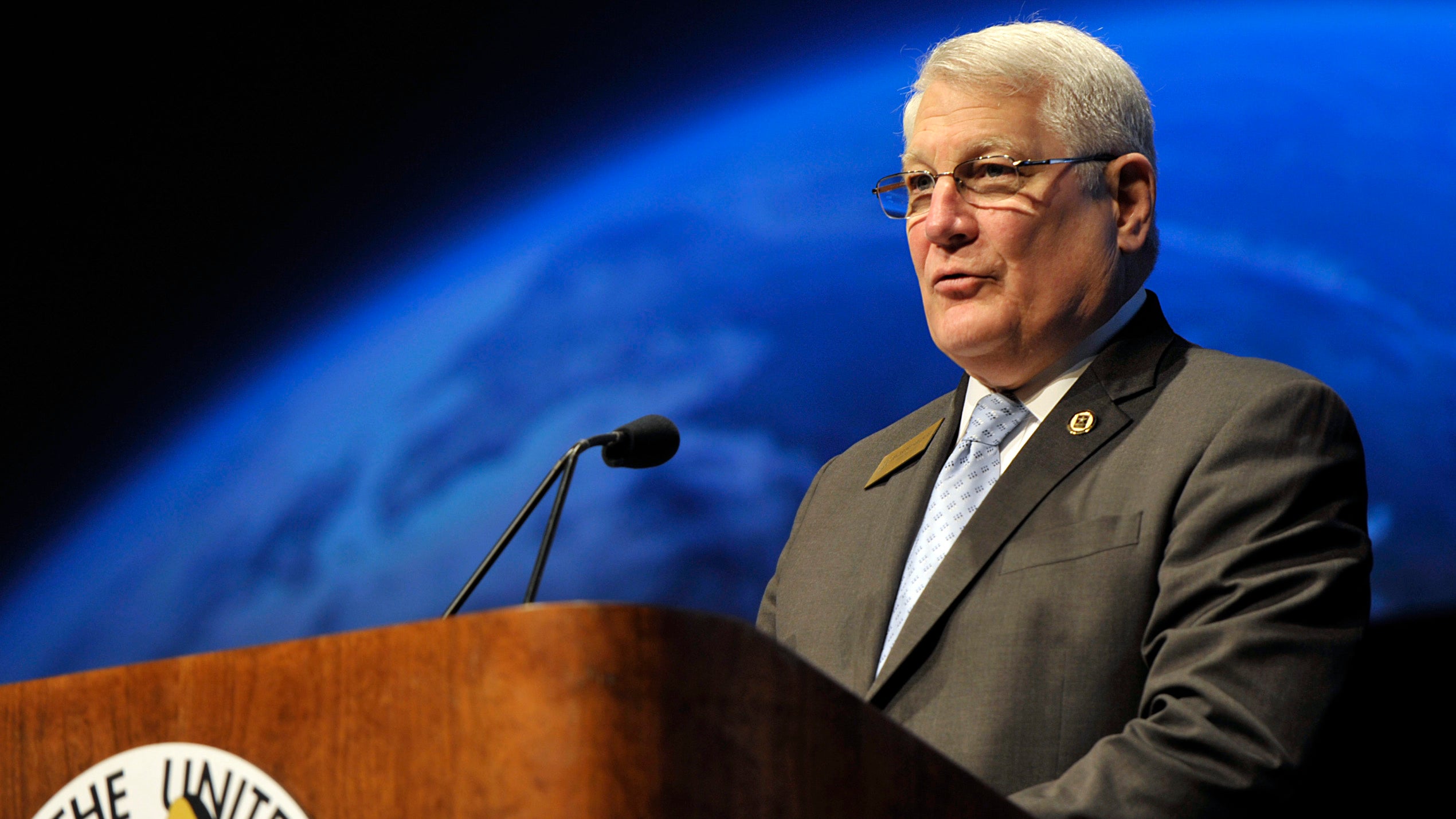 The Association of the U.S. Army’s three-day Global Force Symposium and Exposition wrapped up March 28 with a discussion about the importance of improving the performance and fighting power of soldiers, a fitting conclusion to an event focused on the Army’s future.

More than 6,400 people attended the conference in Huntsville, Ala., the most people ever at the 5-year-old event held in the Von Braun Center. There was a strong and high-level Army presence, including Secretary of the Army Mark T. Esper, Undersecretary of the Army Ryan D. McCarthy, Vice Chief of Staff Gen. James C. McConville and general officers from around the globe, there to focus on a historic restructuring of Army modernization.

“This was a great three days for us,” said retired Gen. Carter F. Ham, AUSA president and CEO, who said it was quite special to have so many Army leaders present to discuss plans to establish the U.S. Army Futures Command this summer. Their frank talks and meetings with industry representatives showed “a clarity of mission and clarity of our path forward,” Ham said.

About 1,000 more people attended AUSA Global Force 2018 than attended in 2017. Ham announced that AUSA would return to Huntsville in 2019 for another Global Force Symposium and Exposition. It will be held March 26–28.

In one of the final panel discussions, Gen. Stephen J. Townsend, commander of the U.S. Army Training and Doctrine Command, said American close combat soldiers, squads and platoons have lost the overmatch they once had over adversaries, creating an urgent call to action.

“Our adversaries have access to weapons and technology that have enabled them to close the gap with our armed forces,” Townsend said, noting that other than a few improvements to equipment soldiers carried and wore in Vietnam and in later years, “we’ve really mostly relied on physical fitness, superior training and combined arms to prevail in the close fight for the last number of years. I would say in the final 100 yards, that edge is inadequate.”

Among the Army’s approximately 100,000 dismounted soldiers are infantry, cavalry, engineers, medics and the field officers who accompany them, a grouping Townsend called the “close combat 100,000.” They are the soldiers who close with and destroy the enemy in close combat and they need the capabilities to increase their lethality, mobility and survivability, Townsend said.

Addressing those needs is the Army’s soldier lethality cross-functional team, for which Townsend is the senior mentor. He cited the parallel organization established by Defense Secretary Jim Mattis, the Close Combat Task Force, as a multiplier whose mission to increase squad lethality is nested with the soldier lethality effort.

Townsend spoke of the critical need to advance the synthetic training environment being developed by the Combined Arms Center-Training at Fort Leavenworth, Kan., as the only way to give soldiers the repetitive training they need when and where they need it. The current trainers, he said, “are antiquated, they’re fixed and they lack the architecture to rapidly upgrade.”

“It’s our soldiers who set us apart from our adversaries,” Townsend said. “We owe them the equipment and training that matches their courage and determination and overmatches our enemy’s.”