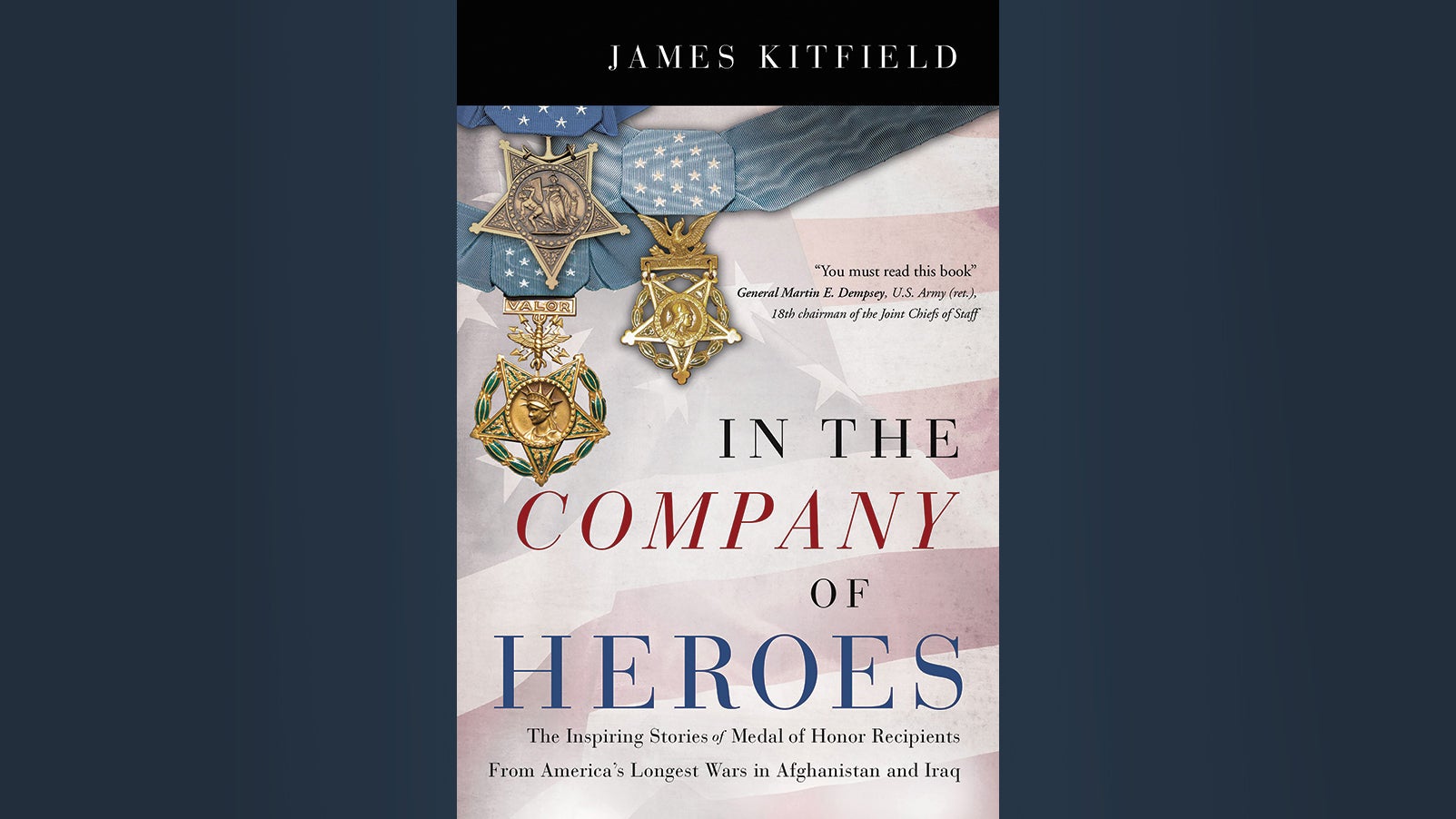 Author James Kitfield will discuss his new book, which tells the stories of Medal of Honor recipients, during an upcoming webinar hosted by the Association of the U.S. Army.

The event, part of AUSA’s Thought Leaders webinar series, will take place at 2 p.m. Eastern Nov. 16. It is free, but registration is required here.

During the webinar, Kitfield will discuss In the Company of Heroes: The Inspiring Stories of Medal of Honor Recipients from America’s Longest Wars in Afghanistan and Iraq.

The book features the stories of 25 service members who received the nation’s highest award for valor for their actions in Iraq and Afghanistan. It includes one-on-one interviews and, in the case of posthumous awards, interviews with their fellow service members and families.

Among those featured in the book are Marine Cpl. Kyle Carpenter, who lunged toward a Taliban hand grenade to shield his buddy from the blast, and retired Master Sgt. Leroy Petry, the Army Ranger who lunged for a live grenade, threw it back at the enemy, and saved his two Ranger brothers.

Kitfield, a senior fellow and journalist-in-residence at the Center for the Study of the Presidency and Congress, is also a contributing writer and former senior national security correspondent for the Atlantic Media Company and National Journal. His articles on defense, national security, intelligence and foreign policy issues have appeared in multiple publications, including the New York Times and the Washington Post.

He is the only three-time recipient of the prestigious Gerald R. Ford Award for Distinguished Reporting on National Defense, most recently for his first-hand reporting on the war in Afghanistan. His previous books include Prodigal Soldiers, War & Destiny, and Twilight Warriors: The Soldiers, Spies and Special Agents Who are Revolutionizing the American Way of War.