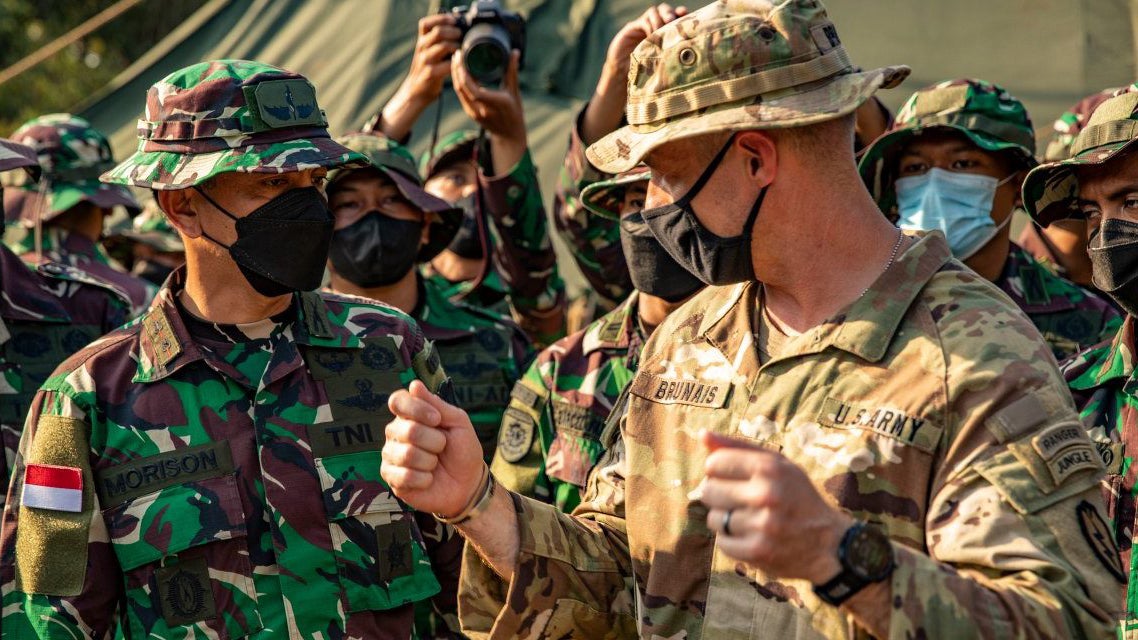 An upcoming Association of the U.S. Army webinar will focus on the challenges facing the Army as it competes and prepares for the future battlefield.

The June 22 event, part of AUSA’s Noon Report series, will feature the three authors of “Getting Competition Wrong: The U.S. Military’s Looming Failure,” published by the Modern War Institute at West Point.

The event will begin at noon Eastern. It is free, but registration is required here.

Col. Arnel David, 1st Sgt. Sean Acosta and Nicholas Krohley will talk about how buzzwords such as “lethality” and “large-scale combat operations” are driving the Army’s budget. But the current strategic landscape “must not be viewed as a contest among rival powers,” they argue. Instead, “victory will go to whoever masters those details: knowing precisely when, where, why, and how to take action—or, equally important, to abstain.”

The U.S. military’s most urgent task is not transformation or modernization, the authors write. “Instead, it is to remedy a weakness that doomed our post-9/11 campaigns: the inability to make sense of facts on the ground, and to translate that knowledge into action.”

During the webinar, the authors also will describe two critical challenges facing the Army: how to understand this new environment, and how to optimize its forces to compete within it.

David is an Army strategist serving as deputy assistant chief of staff, G-5, of the NATO Allied Rapid Reaction Corps. He is a co-author of Military Strategy in the 21st Century: People, Connectivity, and Competition.

Acosta is a civil affairs soldier who was the Army’s 2018 NCO of the Year. He is deputy editor of the Civil Affairs Association’s Eunomia Journal.

Krohley is the principal of FrontLine Advisory and an adviser to U.S., U.K. and NATO forces as well as numerous allied governments on the human domain of conflict. He is the author of The Death of the Mehdi Army: The Rise, Fall, and Revival of Iraq's Most Powerful Militia.