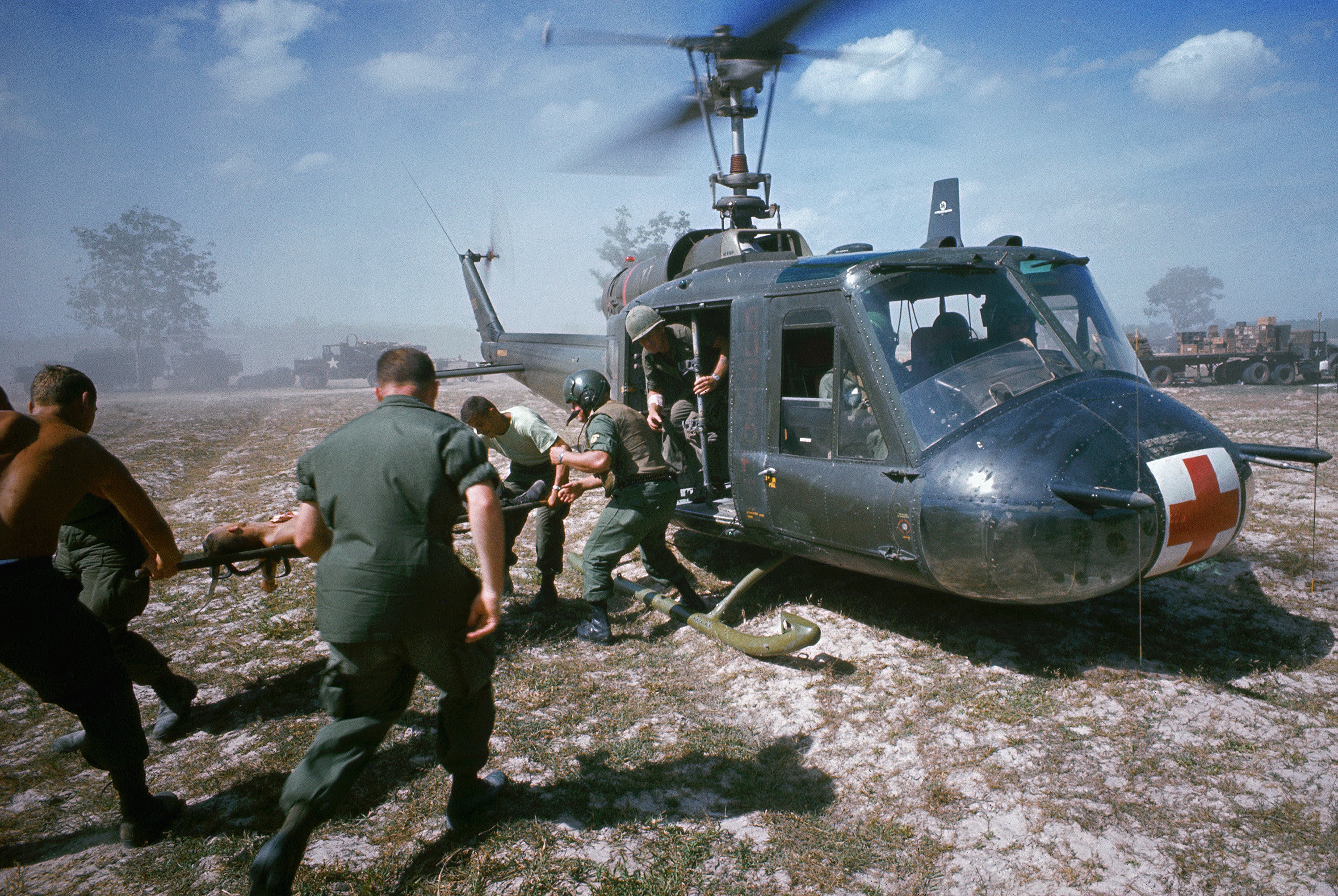 The Association of the U.S. Army has signed on to support a Senate bill awarding the Congressional Gold Medal to Vietnam War helicopter ambulance crews.Sponsored by Sens. John Cornyn, R-Texas, and Joe Manchin, D-W.Va., the bill recognizes crewmembers who served on Army aeromedical evacuation crews in South Vietnam from May 1962 through March 1973 on often perilous missions. It is called the Dust Off Crews of the Vietnam War Congressional Gold Medal Act. Dust Off was the radio call sign used by helicopter ambulances during the war.“The bill honors a small group of Americans that have made unique contributions to the American military mission in the Vietnam War,” said retired Army Gen. Gordon R. Sullivan, president and CEO of AUSA. “These heroic Americans operated regularly with an unwavering dedication to the preservation of human life and sacred American values through their indomitable courage, extraordinary aviation skill, and sound judgment under fire,” said Sullivan, a Vietnam veteran who called the air crews “heroes who sacrificed so much for the United States and continually exhibited the finest qualities of the human spirit.”Helicopters were used for medical evacuation beginning in World War II, but their use expanded during the Vietnam War when about 900,000 U.S., South Vietnamese or allied troops were evacuated, as well as some wounded enemy forces. Able to rescue wounded in almost any weather from almost any terrain, the swish-swish-swish or whop-whop-whop noise of an approaching medevac chopper became an iconic sound of the war for soldiers.During 11 years of operation in and over South Vietnam’s jungles, the pilots, crews and medical staff of Dust Off units refined lifesaving techniques and proved the increased odds of survival for combat casualties who could be quickly transported to surgical facilities. This was dangerous duty for the Dust Off crews, with a 1-in-3 chance of being wounded or killed.One unit, the 54th Medical Detachment, evacuated more than 21,000 patients during a 10-month tour in which they had only three flyable helicopters and 40 assigned soldiers. The detachment was highly awarded, receiving one Medal of Honor, one Distinguished Service Cross, 14 Silver Stars, 26 Distinguished Flying Crosses, two Bronze Stars for valor, four Air Medals for valor, four Soldier’s Medals and 26 Purple Heart Medals, according to Cornyn’s bill.Under terms of the bill, a Congressional Gold Medal in honor of the Dust Off crews would be given to the Smithsonian Institution to be put on display, with duplicate medals available for sale. The bill, S 2268, was referred to the Senate Banking, Housing and Urban Affairs Committee, which has jurisdiction over commemorative medals.“These soldiers earned a national reputation for their service in what was considered to be one of the most dangerous jobs in one of the world’s deadliest conflicts in the modern era,” Cornyn said in a statement.“The 'Dust Off' crews of the Vietnam War truly embody some of the most talented and heroic service members in American history,” Manchin said. “These warriors displayed the utmost courage and resilience while under fire by flying to the treacherous front lines to get wounded soldiers out of harm’s way. Because of their outstanding bravery, hundreds of thousands of lives were saved.”In addition to AUSA, the bill is supported by the American Legion, AmVets, Veterans of Foreign Wars, the Army Aviation Association of America, the Dustoff Association and the Vietnam Dustoff Association.