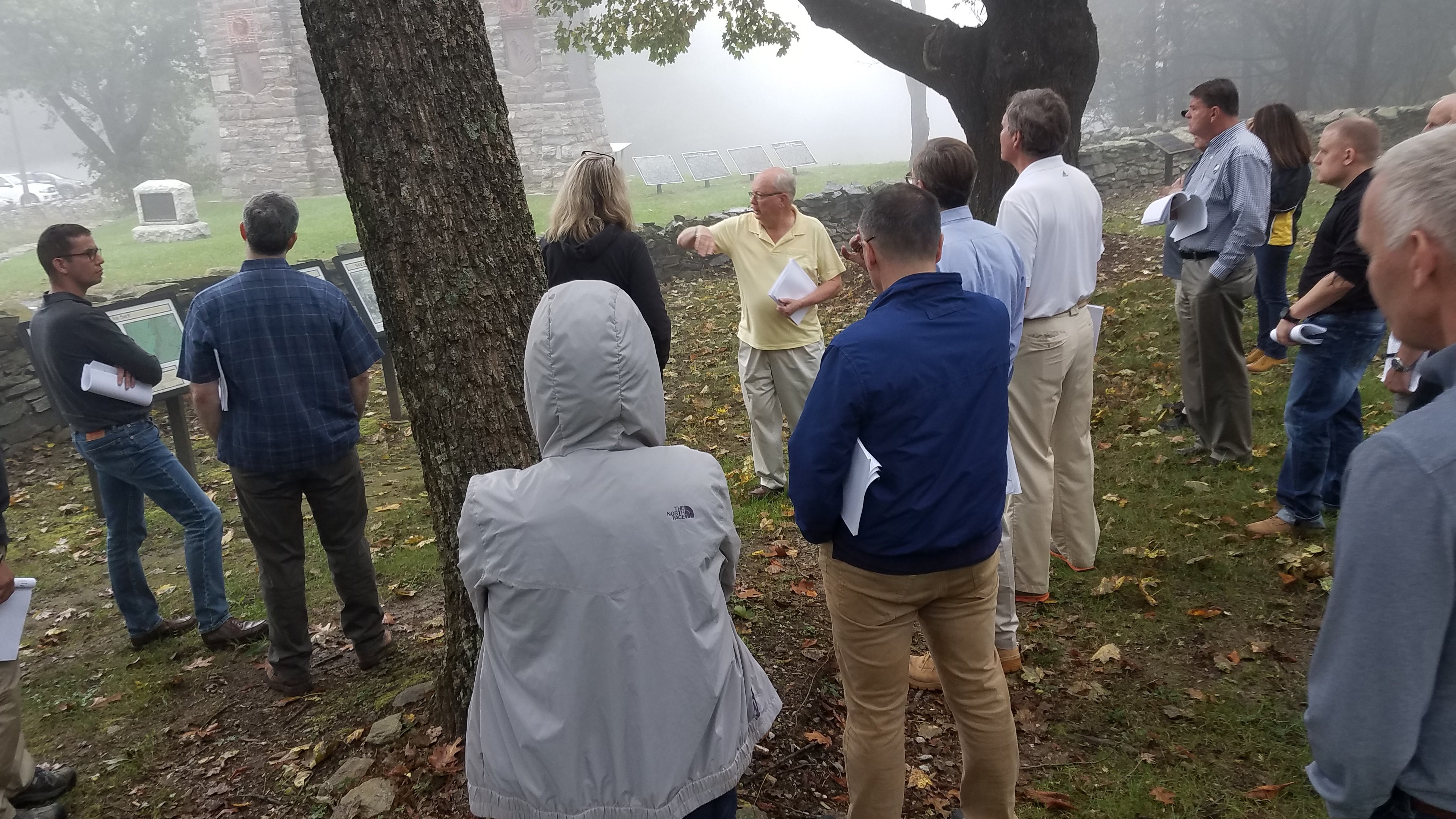 A staff ride sponsored by the Association of the U.S. Army's Institute of Land Warfare, held the weekend before AUSA's Annual Meeting and Exposition, was a history lesson on the timeless principles of war and leadership on the site of what is considered the bloodiest battle of the Civil War.

Former Army Chief of History Brig. Gen. Harold Nelson led the tour of Antietam National Battlefield, Md., for a group that included U.S. and European officers, defense industry executives and history buffs. There was a daylong discussion about how warfare has changed but how many leadership concepts remain the same.

"There is tremendous value to this staff ride," said retired Lt. Gen. Guy Swan, AUSA vice president. "It is a great way to take a small group and spend a day reviewing the basic principles of war, leadership, courage and decision-making at the site of a real battle. The proximity we have to some of the Civil War’s most important battlefields gives us this truly unique opportunity and we plan to continue pairing this activity with our annual meeting."

Located northeast of Sharpsburg, Md., about 70 miles from Washington, D.C., Antietam was the site of the Sept. 17, 1862, battle that became known as “the bloodiest day of the Civil War.” Marching his 40,000-strong Army of Northern Virginia into Maryland following his victory at Manassas, Confederate Gen. Robert E. Lee sought to carry the war into the North. Met by the 87,000-strong Army of the Potomac, led by Federal Gen. George B. McClellan, the result was more than 23,000 dead and wounded and no decisive victory for either side.

For many on the staff ride, the visit to Antietam was a first, and for some, a valuable lesson in the timelessness of warfare.

“The principle of war is timeless,” said Swedish Air Defence Regiment Col. Anders Svensson, who noted that no matter what the circumstance, “it’s always timeless for an officer to be in the right spot at the right time to be able to make the right decision.”

Col. Mark Comer, a British officer and chief of staff enabling command with the NATO Allied Rapid Reaction Corps, was appreciative of the effort that goes into preservation of the battle’s location and history and the opportunity he had to “get a better understanding of your nation’s conflict and its role in your history.”

U.S. Army Maj. Trey Guy, an air and missile defense planner for the NATO Allied Rapid Reaction Corps based in the U.K., said engaging at Antietam with allies and industry partners was a great opportunity to frame a battle from more than 150 years ago with today’s challenges.

“No matter how technology advances, it’s always about the leader and the soldier on the battlefield,” Guy said.