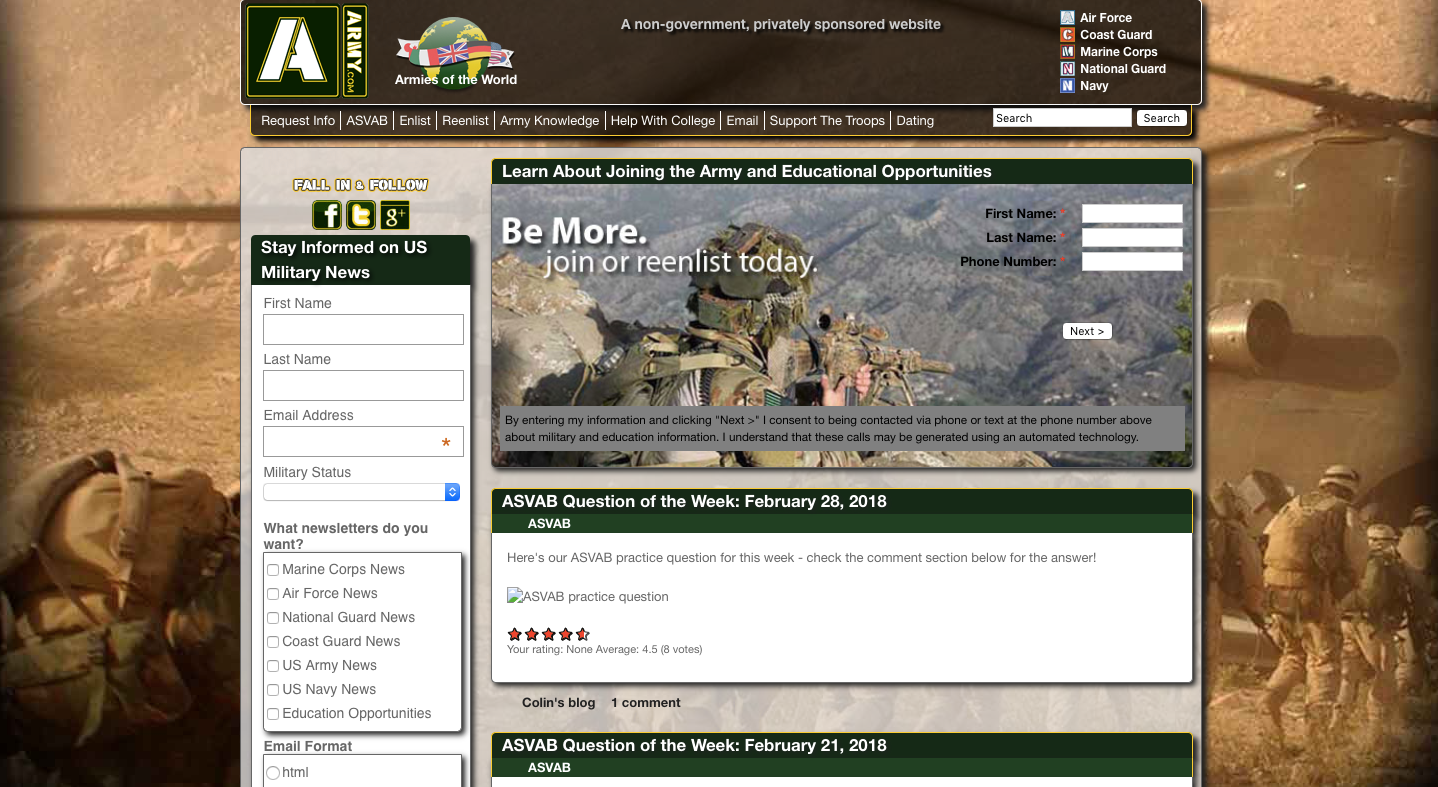 The Association of the U.S. Army has joined with 28 other military and veterans’ groups thanking the Federal Trade Commission for shutting down fake military recruiting websites being operated as part of a scheme to get students to enroll in for-profit educational institutions.

This includes a website, Army.com, that tricked some people interested in military service into providing personal information that was used for marketing.

The now-shuttered Army.com had a name very similar to GoArmy.com, a U.S. Army website filled with recruiting information. The fake website sold the personal information it collected to post-secondary schools for $15 to $40 per lead, according to the FTC. “People who submitted their information allegedly received follow-up phone calls from telemarketers who continued the misrepresentations by posing as members of the military, touting specific schools, and giving consumers the false impression that the U.S. military actually endorsed those schools,” the FTC said in a September statement announcing the websites were closed by operators and the domain names were surrendered.

In a Nov. 19 letter, AUSA and the other military and veterans’ organizations urge the government to take an additional step of disclosing the names of schools that purchased the leads.

“Several colleges participated in this scheme to deny the Armed Forces of its volunteer enlistees,” the letter says. “We urge you to disclose the names of the unscrupulous colleges that participated in this scheme, either by funding the websites, paying the websites for potential military enlistees’ contact information, or paying to be promoted by the websites, including deceiving students into believing that the military endorsed the schools and wished the recruits to attend the schools rather than join the military.”