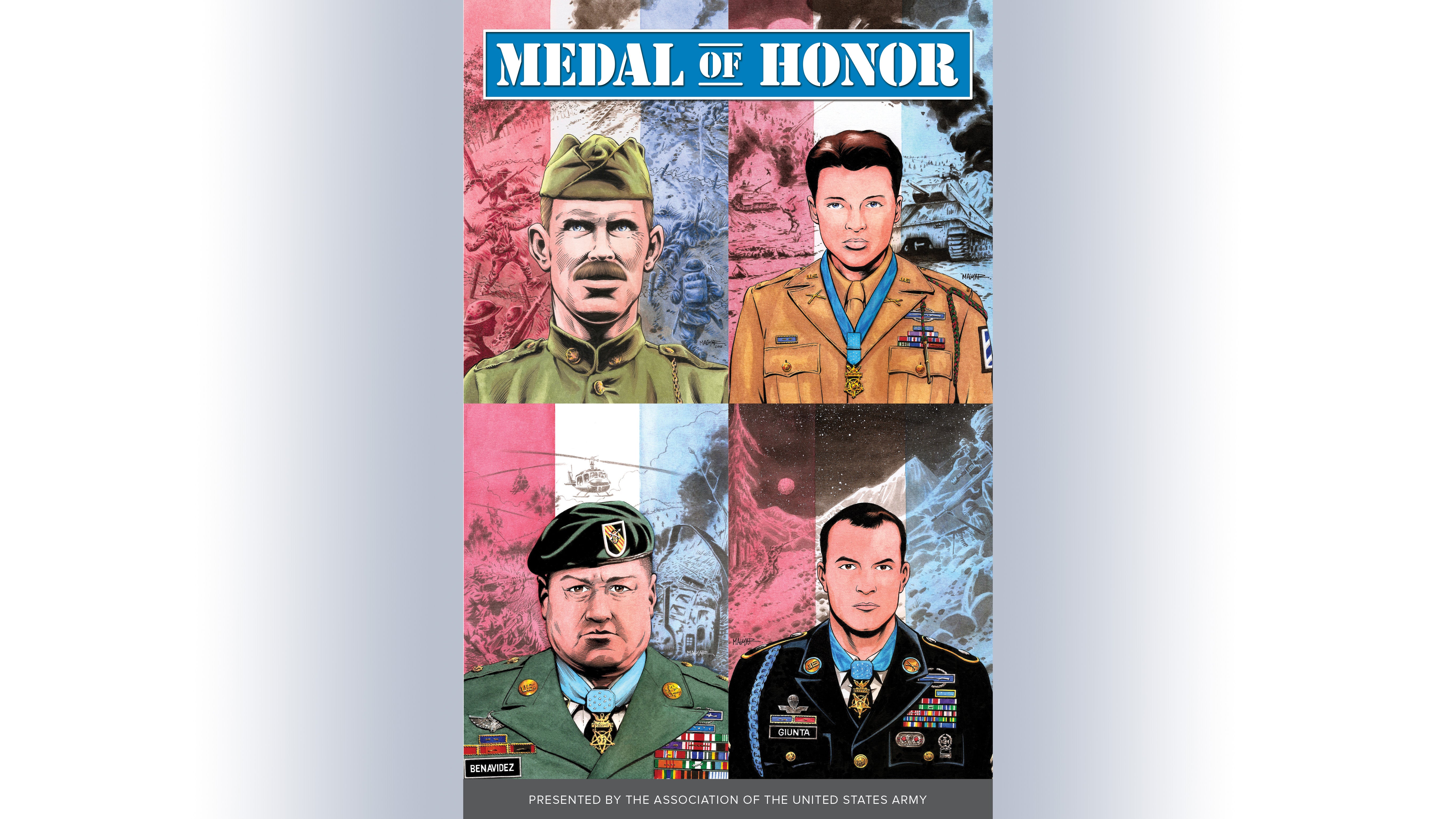 The Association of the U.S. Army is releasing two new graphic novels on Oct. 10 as part of a series highlighting Medal of Honor recipients.

In addition, AUSA is offering an exclusive Medal of Honor compendium that will include all four graphic novels released so far. Copies of the newly released collection will be available for free at the AUSA Annual Meeting and Exposition Oct. 14-16 at the Walter E. Washington Convention Center in Washington, D.C.

“We are excited to share these stories with readers,” said Joseph Craig, director of AUSA’s Book Program. “It has been personally rewarding to learn more about these remarkable soldiers, and we have been fortunate to work with such a talented creative team to bring this history to life.”

The graphic novel on Murphy chronicles the service of the most highly decorated soldier in American history. Among his many acts of bravery during World War II, Murphy was awarded the Medal of Honor for single-handedly holding off six German tanks and waves of infantry for more than an hour during a firefight in January 1945.

Murphy stopped only when he ran out of ammunition, then made his way back to his men and organized a successful counterattack.

In addition to the Medal of Honor, the nation’s highest award for valor, Murphy was awarded the Distinguished Service Cross, the Silver Star, the Bronze Star and the Purple Heart.

Former Staff Sgt. Sal Giunta was the first living recipient of the Medal of Honor since the Vietnam War. As a specialist with the 173rd Airborne Brigade Combat Team, Giunta was on patrol in the Korengal Valley of Afghanistan in October 2007 when his platoon was caught in a Taliban ambush. Braving rocket-propelled grenades and intense smalls arms fire, Giunta advanced on the enemy, prevented the capture of a fellow paratrooper and turned the tide of the battle.

AUSA’s first graphic novel was released last October. It features the story of York’s heroic deeds in France as part of the Meuse-Argonne Offensive during World War I.

The second graphic novel, on Benavidez, a Green Beret legend and Vietnam War veteran, was released in June.

All four titles were produced by the same creative team of professional comic book veterans. The script was written by Chuck Dixon, whose previous work includes The Punisher, Batman and G.I. Joe. Drawings and the cover were done by Rick Magyar, an artist, penciller and inker who has worked on Avengers, Captain America and Guardians of the Galaxy.

Colors were done by Peter Pantazis (Justice League, Superman and Wolverine), and lettering was done by Troy Peteri, who worked onSpider-Man, Iron Man and X-Men.