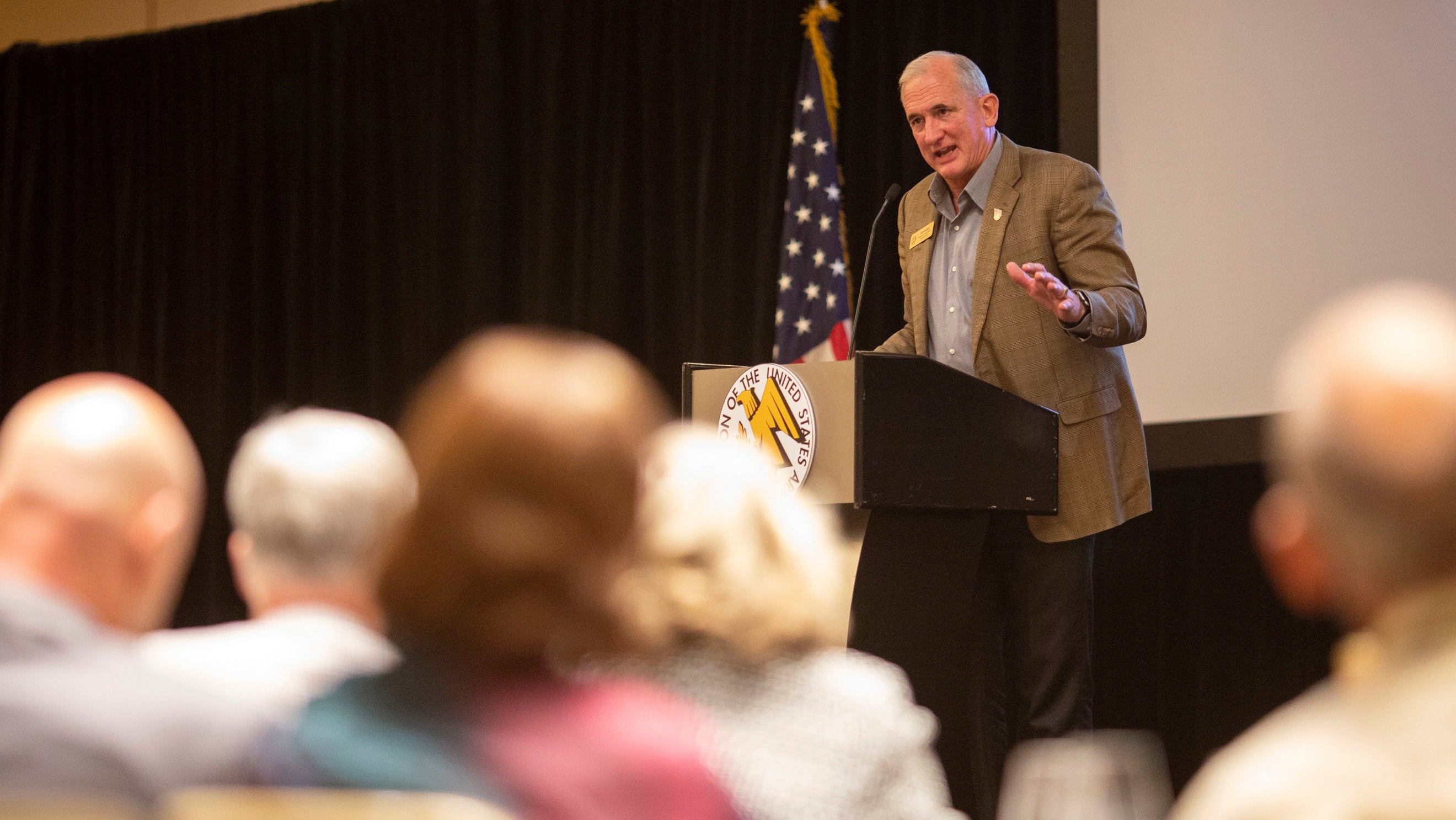 Addressing a gathering of the Association of the U.S. Army’s volunteer leaders during an Oct. 9 dinner, AUSA President and CEO retired Gen. Bob Brown said that AUSA’s job is to “connect America with her Army.”

The association’s chapter leaders “are the key” to accomplishing that mission, Brown said. “You make all the difference in the world—you connect with the community,” he said.

Speaking one day before the opening of the 2022 AUSA Annual Meeting and Exposition, Oct. 10–12 at the Walter E. Washington Convention Center in Washington, D.C., Brown said that this is one of the most critical times in history for the Army.

“Who would have thought that in the 21st century, Russia would invade Ukraine … and the whole world sees it,” he said, adding that China is also a significant and growing threat to national security.

What the Army has done in the recent past, from the service’s response to the COVID-19 pandemic and natural disasters in the homeland, to training Ukrainian forces and reinforcing NATOs eastern flank, is “amazing” Brown said.

However, the Army sometimes has difficulty “telling the Army story,” and AUSA’s chapters can—and do—assist in that mission, he said.

“What you are doing makes a huge, huge difference for our Army,” Brown said. “They cannot do it without AUSA.”