AUSA President Meets With Chapter Leaders Ahead of Annual Meeting

AUSA President Meets With Chapter Leaders Ahead of Annual Meeting 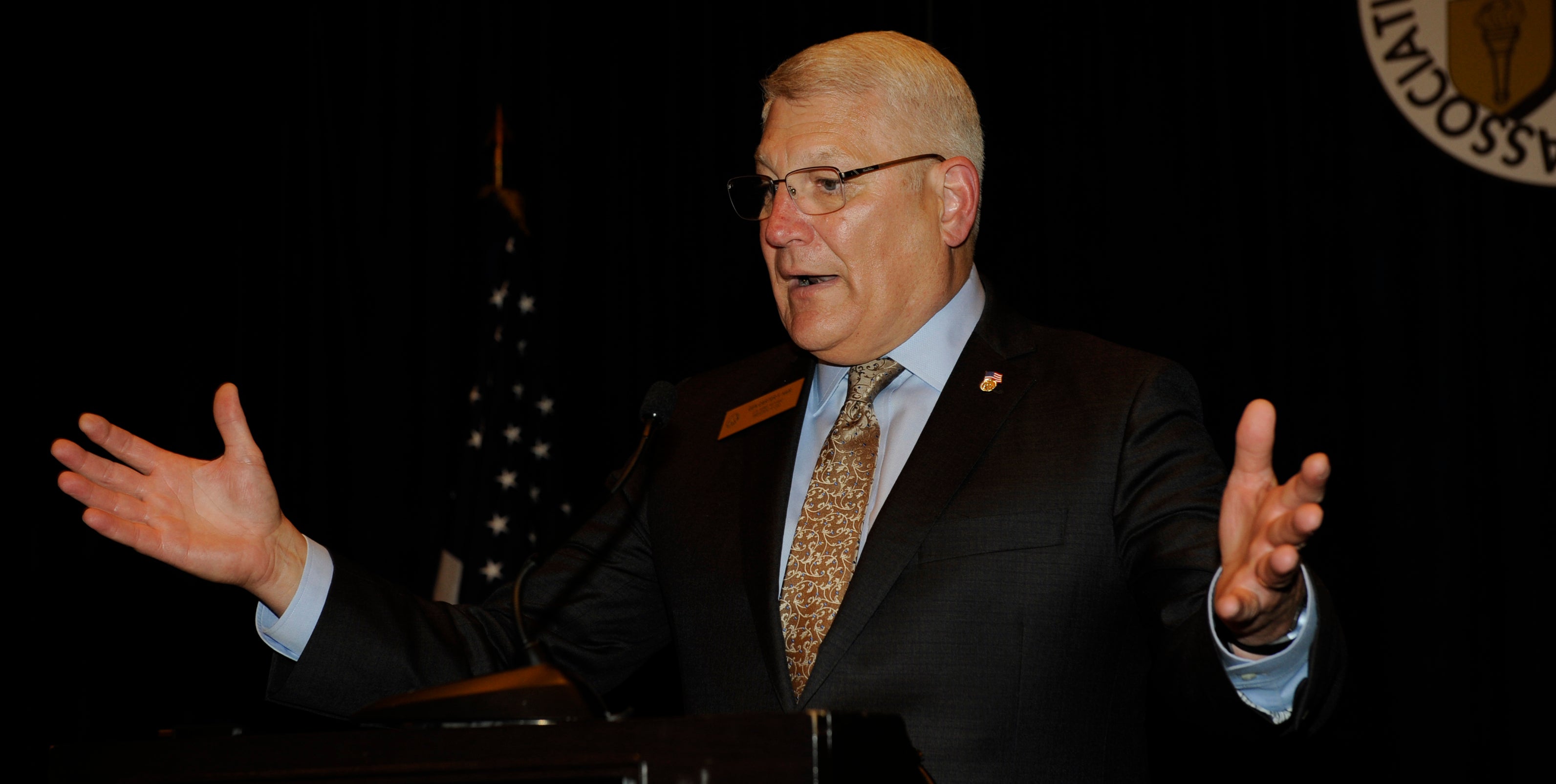 The president and chief executive officer of the Association of the U.S. Army told more than 90 chapter leaders that “together, we’re going to get this thing done” in raising membership and better connecting with the Army to help get its story across to the American people.

Retired Gen. Carter F. Ham, speaking Sunday before the formal opening of AUSA’s 2016 Annual Meeting and Exposition in Washington, D.C., told the chapter presidents “the heart and soul of AUSA … resides in this room.”

“Like our Army, our association faces challenges,” said Ham, who has been in his position for about three months. Those challenges include membership; his goal is to raise AUSA membership from 61,000 members to 100,000 by the end of 2017.

“We really have to focus on our soldiers” in all components to boost membership, Ham said, adding that he wants to attract younger members: junior officers, warrant officers, and GS and wage-grade civilians.

“Use current lower rates to your advantage,” Ham told the chapter leaders. “If each of us gets one more” member, “I believe we can get this done.”

AUSA is also facing budget challenges. “Revenues are down; expenses are up,” Ham said.  “We let some people go … that was difficult to do.” Other steps taken to tighten the belt included cutting travel expenses by the national staff and moving to digitize the association’s monthly newspaper.

Ham told the chapter presidents the investment side of AUSA’s financial picture remains strong.  The national staff is preparing to renovate the Arlington, Va., headquarters, without borrowing funds.  Also, AUSA is expected to meet its commitment to donate $34 million to build the National Museum of the United States Army near Fort Belvoir, Va.

Another challenge, Ham said, is that AUSA activities are “overly D.C.-centric.”  The association is looking for ways to complement the service’s  “Meet Your Army” program with events outside of Washington, probably starting in Detroit, but also in other areas such as the Silicon Valley area of California.

Ham encouraged chapter, state and regional leaders to share ideas on what works for them so the association can benefit from their knowledge.

Ham also said he wants to take advantage of the AUSA Conference and Event Center’s technology to connect in one-  or two-hour sessions for training chapter officers in how to be more effective in their positions.

He added that he wants AUSA’s employees to come to work daily with the thought, “What am I going to do today to help a chapter, state or region president be more effective in accomplishing their crucial mission?”

“In other words, you don’t work for us,” Ham told the chapter leaders. “We work for you.”