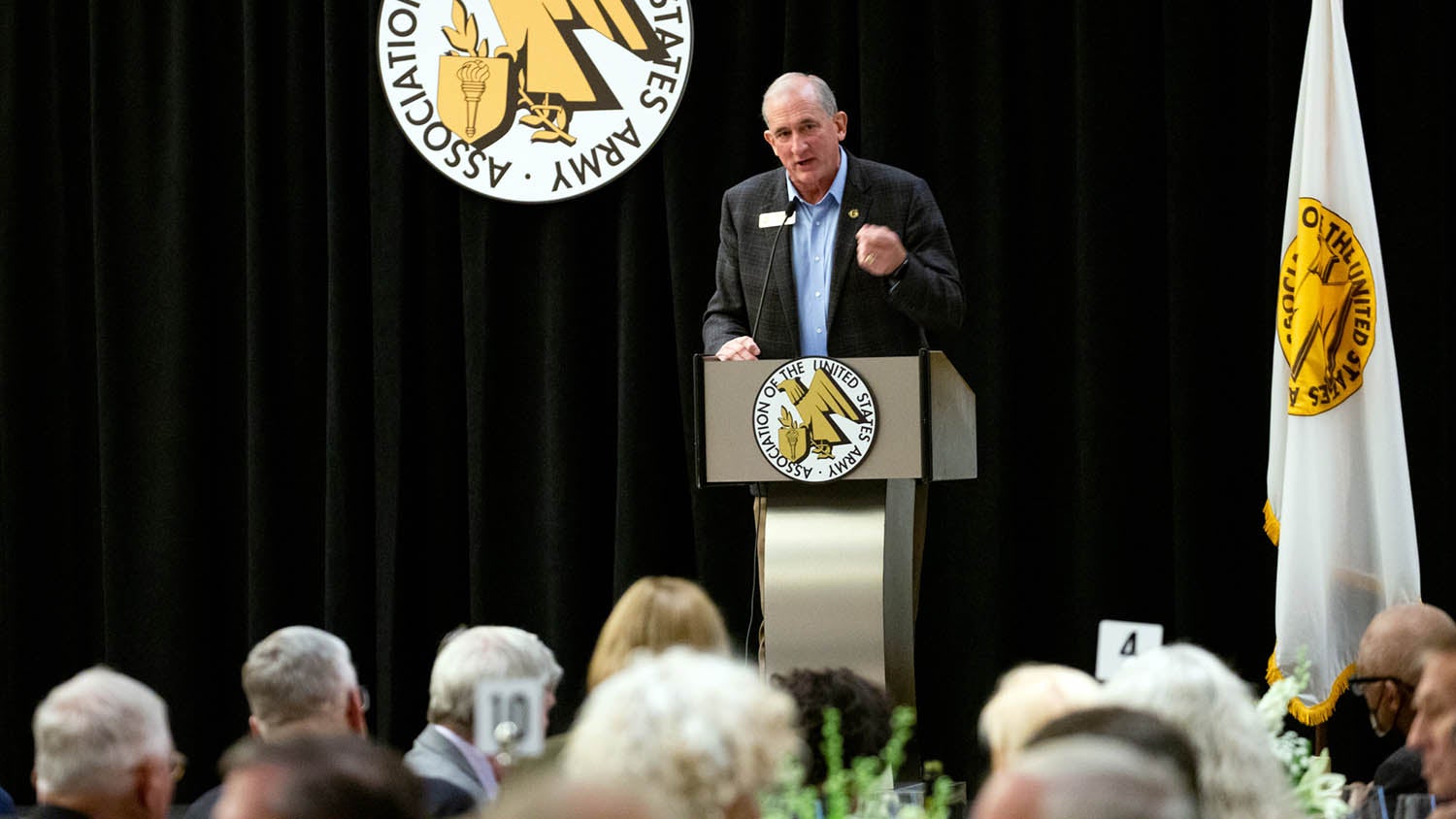 Despite the many challenges facing the Army and the country, the Association of the U.S. Army remains strong and focused on its mission of being a voice for soldiers and the service, retired Gen. Bob Brown told a gathering of the association’s volunteer leaders Oct. 10.

There has never been a time like the present, Brown said, citing the onset of new warfighting domains such as cyber and space; the COVID-19 pandemic; and aggressive adversaries such as China, Russia, Iran and North Korea. “These are challenging times for the Army—active, Guard and Reserve,” he said.

Now more than ever, “we need a strong, agile, ready and modern Army … to deter those who would do us harm,” Brown said. “That’s the heart of our mission here.”

Brown, who became AUSA’s president and CEO on Oct. 1, spoke at the Chapter President’s Dinner one day before the opening of the 2021 AUSA Annual Meeting and Exposition, Oct. 11–13 at the Walter E. Washington Convention Center in Washington, D.C.

“Soldiers aren’t in the Army, they are the Army,” Brown said, echoing the People First priorities expressed by senior leaders. “There’s so many soldiers and families we can help” as the Army’s premier association, he said.

Educating, informing and connecting soldiers and their families, Army civilians, retirees, veterans and representatives of the defense industry is AUSA’s purpose as the “one voice for the Total Army,” he said, praising the efforts of the association’s region, state and chapter leaders.

“Thanks for your service. Volunteers are the lifeblood of this organization, and nothing can happen without you,” Brown said.

“America needs to know and understand the Army,” and AUSA is critical to building that understanding, he said. “I’m so proud and humbled to join this amazing team, and I’m so excited for the road ahead.”