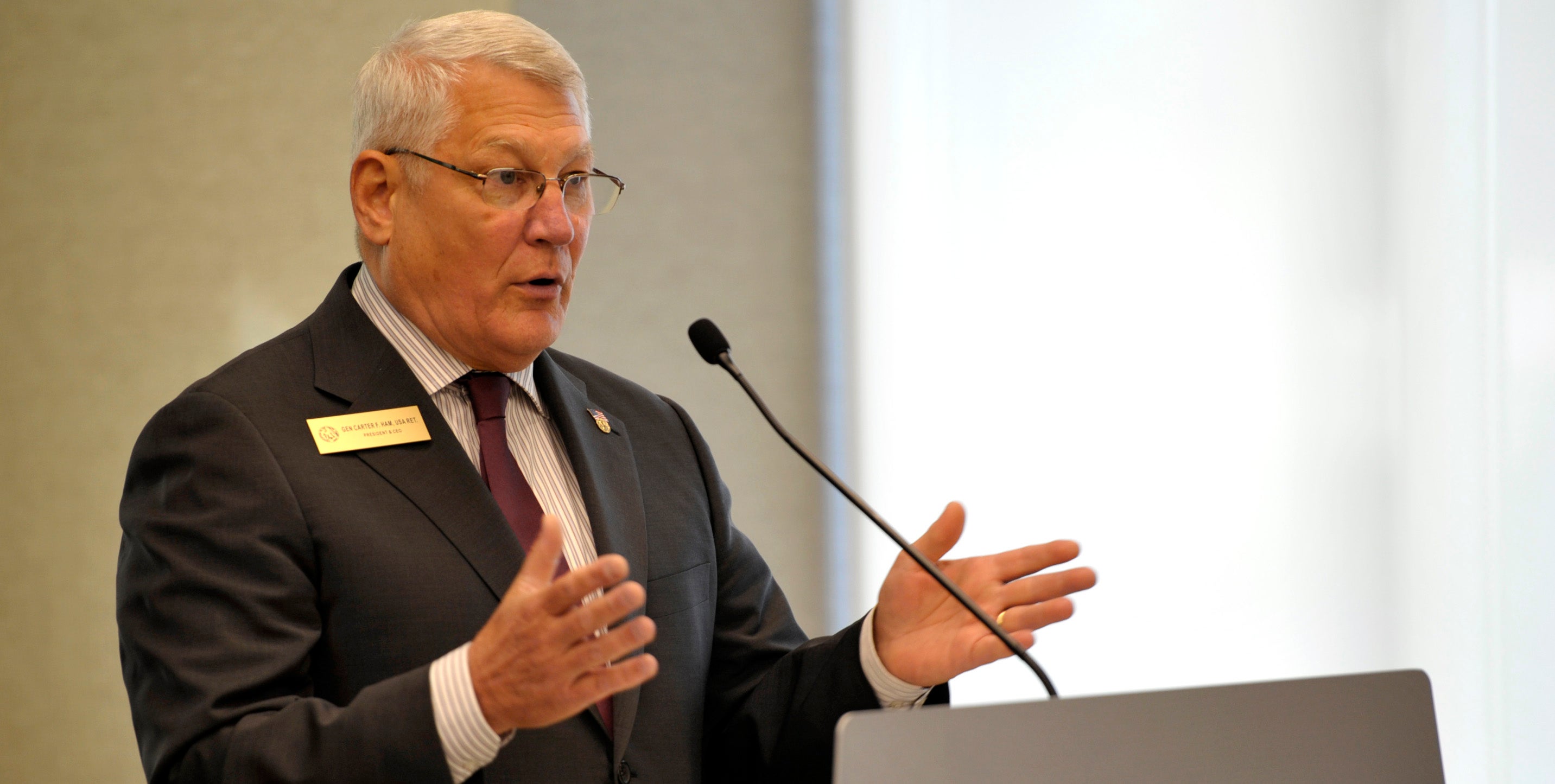 Retired Gen. Carter F. Ham, Association of the U.S. Army president and CEO, told an industry forum on Capitol Hill that a new administration and new Congress presents an opportunity for the Army to “close troubling gaps” and “regain critical combat and operational readiness.”

Appearing at a Feb. 27 Lexington Institute forum on the Army’s rapid equipping needs, Ham said those gaps include “worrisome shortfalls” in air and missile defense, long-range fires, and the lethality and survivability of Brigade Combat Teams.

“The Army is behind in fielding the next generation of tactical vehicles and needs to improve tanks, infantry fighting vehicles, artillery systems and aviation assets,” Ham said. “The technological advantage once enjoyed by the U.S. Army is quickly eroding.  We owe it to the men and women who voluntarily step forward to protect us to do everything we can to ensure they never engage in a fair fight.”

Ham was one of a dozen speakers at the event, which focused in part on how the Army would spend extra money that came its way. He predicted the Army could make significant gains now with increased funding over the next five years in modernization.

“The president and Congress need to act now,” he said. “When capability is increased, so is deterrence.”

“We cannot afford to not invest in landpower combat capability modernization. The risk is too high to our Armed Forces if we don’t."