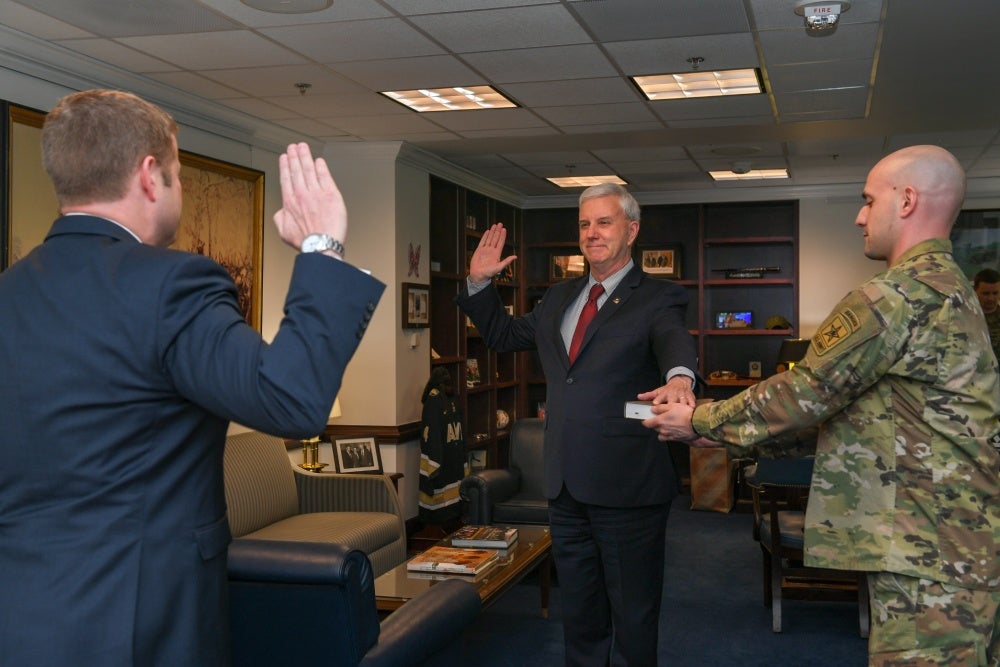 McPherson, in a conversation with retired Gen. Carter Ham, AUSA’s president and CEO, discusses the Army’s efforts to stop the spread of the COVID-19 virus, how the service is working to take care of soldiers and their families during the pandemic, as well as his priorities as he becomes the Army’s No. 2 civilian leader.

Next up is an interview with Sgt. Maj. of the Army Michael Grinston, who also will discuss the Army’s coronavirus response efforts. The episode will be available April 6.

On April 8, in another special edition of the podcast, Sgt. Maj. Edward Bell, the senior enlisted soldier in the office of the deputy Army chief of staff for logistics, will discuss the Army’s new permanent change-of-station cycle and an associated app, maintenance modernization efforts, rollout of the Army Greens uniform and updates on the new Army Combat Fitness Test.

The next podcast, available April 13, will feature Jim Hake, founder and CEO of Spirit of America, an organization that works with U.S. troops and diplomats to identify and fill local needs around the world. The episode will include an update on the 2nd Armored Brigade Combat Team, 1st Cavalry Division, also known as the Black Jack brigade, a deployed unit AUSA is following.

On April 20, the podcast will highlight Yvonne Coombs, Army Spouse of the Year and co-founder of Operation Deploy Your Dress, a volunteer organization that offers new and gently used formal wear to service members and spouses.

The next episode will feature an interview with Don Snedeker, author of The Blackhorse in Vietnam, which follows the soldiers of the 11th Armored Cavalry Regiment as they came ashore at Vung Tau, South Vietnam, in September 1966 to face the Viet Cong and North Vietnamese Army. The episode is available April 27.

In addition, depending on coronavirus-related concerns, AUSA tentatively plans to hold a Lemnitzer Lecture on July 22 where Snedeker will discuss his book.