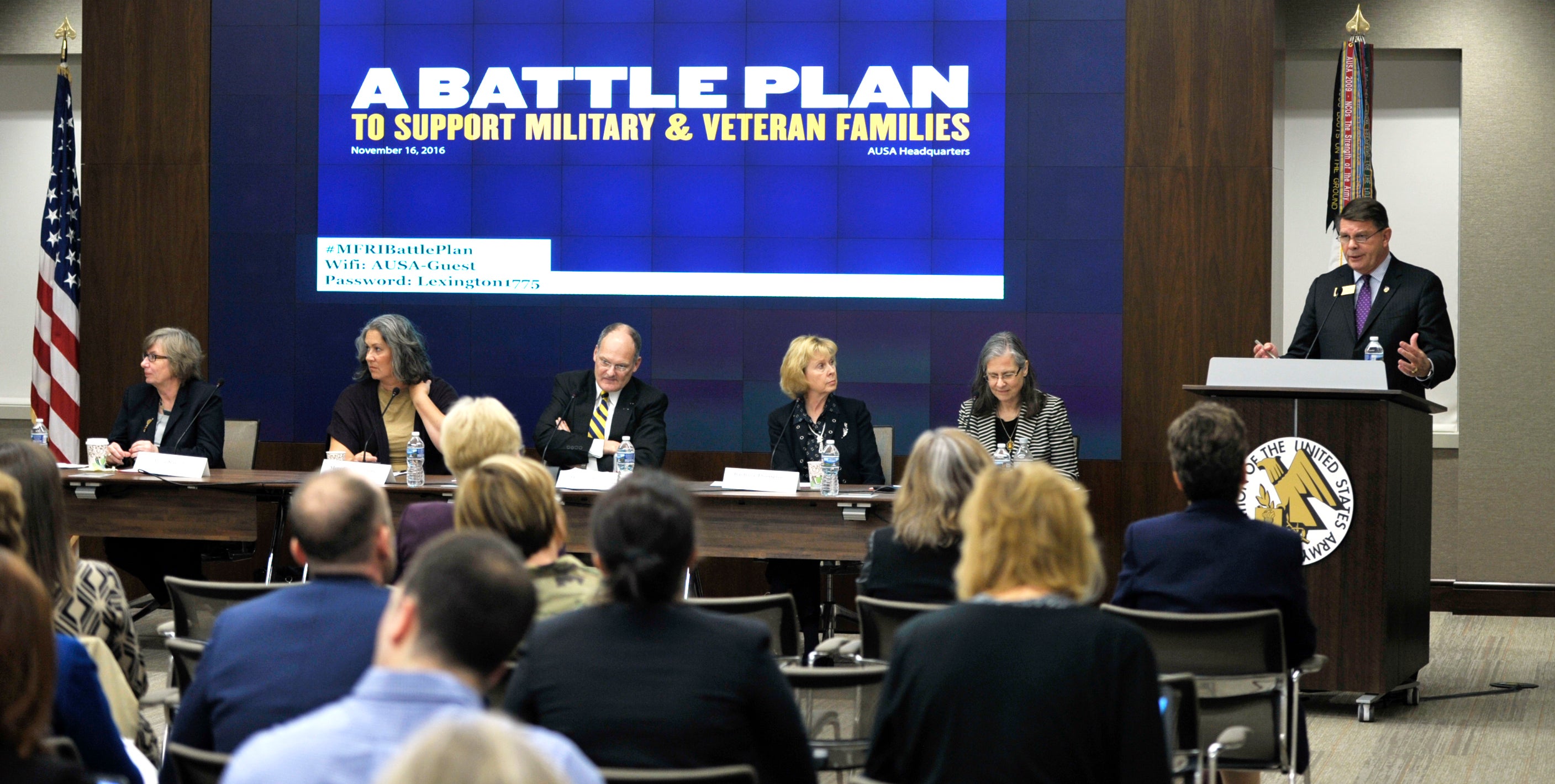 The Military Family Research Institute and the Association of the U.S. Army hosted a Nov. 16 event where research into the value of GI Bill education benefits received the Excellence in Research on Military and Veteran Families Award. The winning study found unexpected gains in marriage and family life for World War II veterans who used the GI Bill.

“We’re committed to helping organizations that work directly with military families to use such research to create and strengthen their policies, practices and programs,” she said at the event, held in AUSA’s Conference and Event Center in Arlington, Va.

The winning paper, “War and Marriage: Assortative Mating and the World War II GI Bill,” was published in an October 2015 issue of the scholarly journal Demography. It was one of 500 papers examined by MFRI’s panel of 16 reviewers at universities and organizations throughout the U.S.

“It’s nice to know somebody’s actually read your work,” said Jeremy G. Moulton, a public policy assistant professor at the University of North Carolina, and one the paper’s co-authors.

Patricia Barron, AUSA’s director of family readiness, said, “It is important for organizations like AUSA to closely follow military family research so we know what works, what doesn’t, and how to get the most out of the limited programs available.”

The study found that the World War II GI Bill had important “spillover effects” beyond educational attainment in that veterans who used the bill wound up marrying women who also had advanced education. “This had far-reaching [positive] implications, not only for their kids but for spousal relations,” Moulton said.

Moulton was on hand to accept the award at the conclusion of a panel discussion, “A Battle Plan to Support Military and Veteran Families,” which was co-presented by AUSA and MFRI.