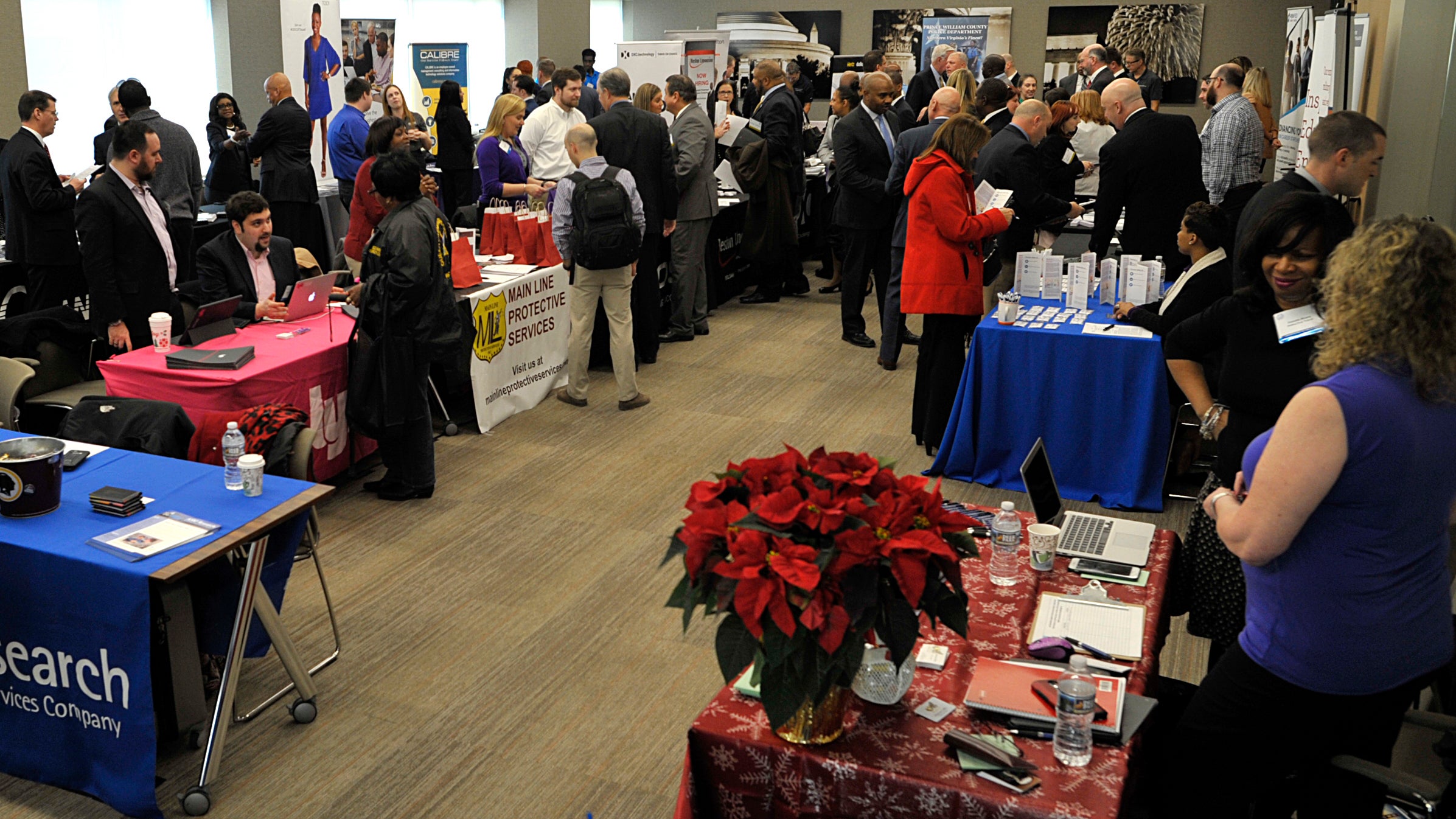 More than 165 people attended “Veterans, Soldiers & Families: Job Fair with Pro Football Plus” at the Association of the U.S. Army’s national headquarters in Arlington, Va.

The Dec. 11 event was co-hosted by AUSA, Calibre Systems, Inc., and former professional football player Tony McGee, whose show Pro Football Plus, was recorded live during the second half of the job fair and will air on MASN, the Mid-Atlantic Sports Network, this week.

Organizers hope this was the first of many future events aimed at giving soldiers a leg up transitioning from the Army to civilian life.

“We’ve participated in job fairs in conjunction with some of our other meetings, but this is the first one we’ve done here at AUSA national headquarters,” said retired Army Lt. Gen. Patricia McQuistion, AUSA vice president for membership and meetings. “We hope it becomes a regular event, we’d like to do it again so we can offer opportunities for our veterans, those serving, civilians and families.”

Calibre executives teamed up with AUSA to plan the event about three months ago, and spread the word through social media, the internet and through announcements at Washington, D.C.-area military installations. McGee’s guests for the program recorded at AUSA were former Washington Redskins Santana Moss, Dexter Manley, Charles Mann and Gary Clark, who discussed the latest football news and took questions from job fair attendees.