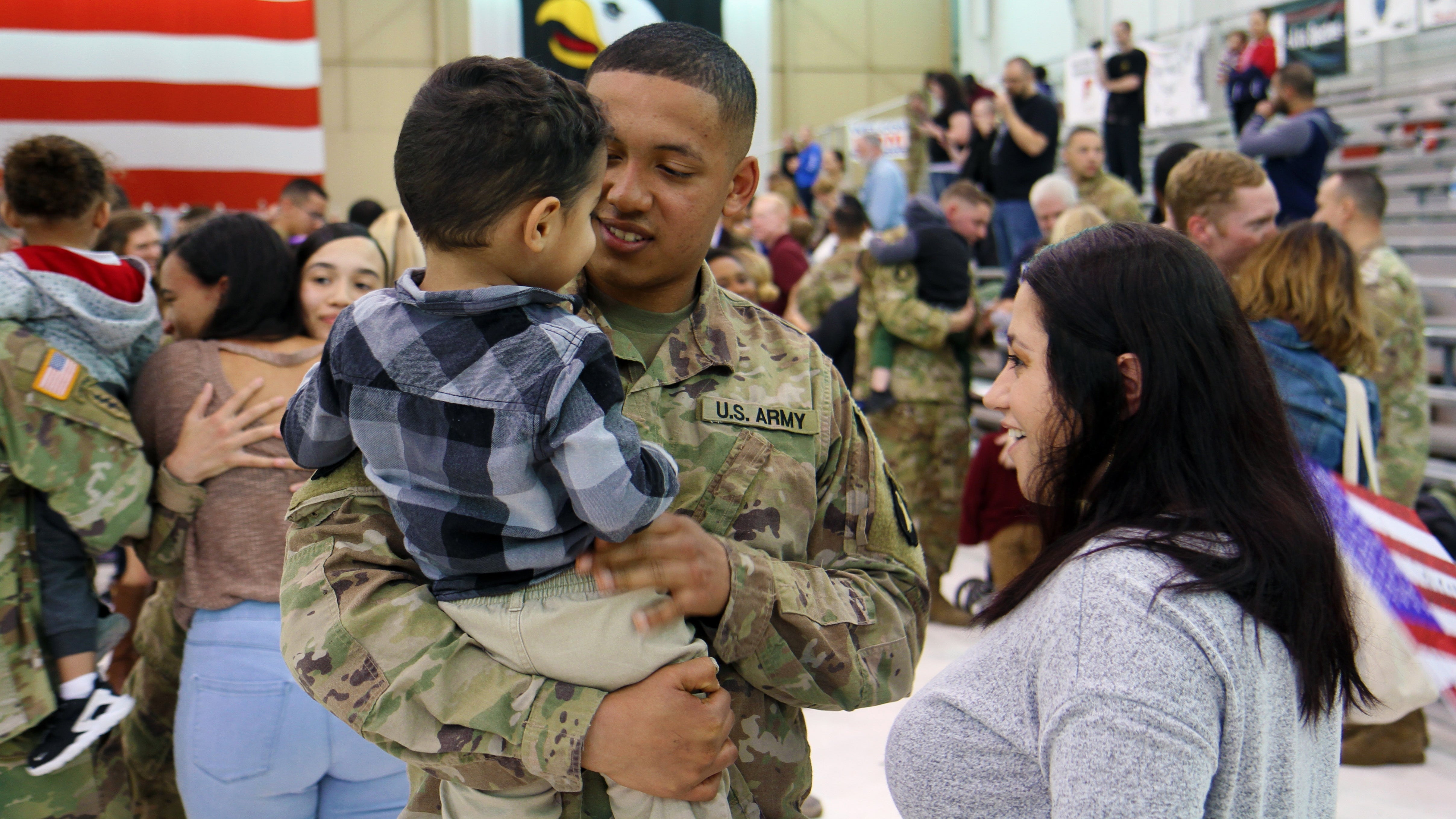 The Association of the U.S. Army's highest honor for distinguished and selfless service is being awarded this year to The Army Family, which includes spouses, parents, siblings, children and the loved ones of American soldiers.

It is not the first time the George Catlett Marshall Medal has gone to a group instead of a person. In 2004, the Marshall Medal was awarded to The American Soldier.

“In a year where soldiers have been tested with frequent short-notice deployments at home and abroad, and with the widespread disruption and uncertainty resulting from the global coronavirus pandemic, I think it’s most appropriate to present the George Catlett Marshall Medal, AUSA’s highest award, to The Army Family,” said retired Gen. Carter Ham, AUSA president and CEO.

The award will be presented at the AUSA Annual Meeting and Exposition. The event, which was converted to a virtual event because of COVID-19 health and safety concerns, will take place Oct. 13–16.

“While we can never truly do enough to recognize all that Army families do to ensure America’s Army remains strong and ready, the Marshall Medal is one way to publicly thank Army families who have been so important to the Army from the very beginning, through wars and conflict and continuing through today and into the future,” Ham said.

The Marshall Medal, awarded by AUSA since 1960, is named for General of the Army George Catlett Marshall Jr., a former Army chief of staff who also served as secretary of state, secretary of defense and U.S. special envoy to China in a public service career that spanned the Spanish-American War through the Truman administration.

Last year’s recipient was retired Gen. Martin Dempsey, who served as the 18th chairman of the Joint Chiefs of Staff and the 37th Army chief of staff.