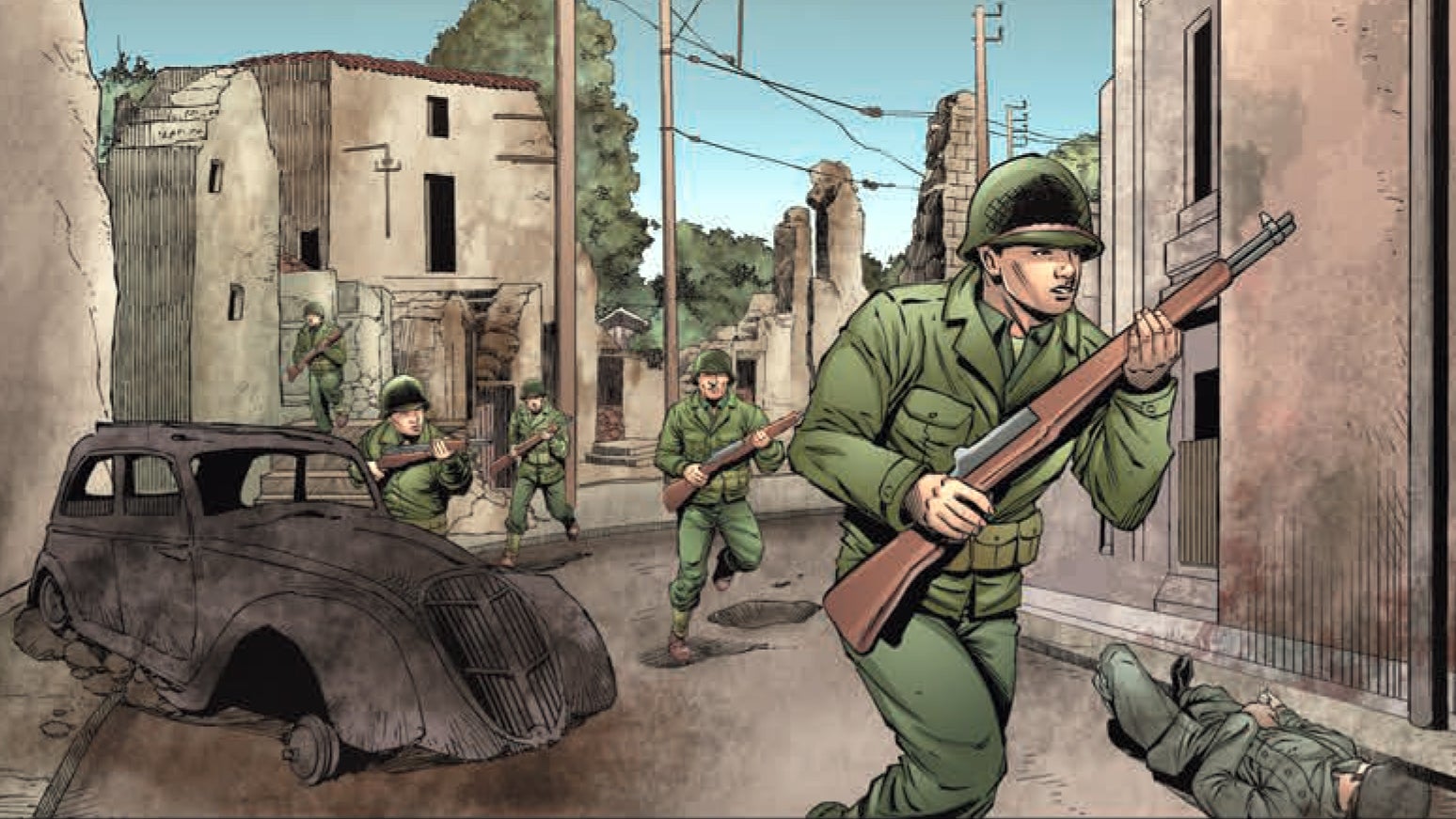 The Association of the U.S. Army has released a new graphic novel as part of a series highlighting Medal of Honor recipients.

Medal of Honor: Daniel Inouye features the story of 2nd Lt. Daniel Inouye, who witnessed the attack on Pearl Harbor and volunteered to serve in the 442nd Regimental Combat Team, one of the most decorated units in World War II.

AUSA launched its Medal of Honor graphic novel series in October 2018, producing four issues and a paperback collection. Four new issues will be released this year.

“We are especially excited about this new series of graphic novels because the stories deserve to be better known,” said Joseph Craig, director of AUSA’s Book Program. “When you mention Daniel Inouye, most people will think of him as the elder statesman. In Medal of Honor: Daniel Inouye, we get to tell the tale of his WWII actions, which could come straight out of Hollywood.”

On April 21, 1945, Inouye led an assault on German defenses near San Terenzo, Italy, during the final weeks of the war. Under a hail of automatic weapon and small-arms fire, Inouye led his platoon as they captured an artillery and mortar post and moved to within 40 yards of the hostile force, according to his Medal of Honor citation.

With complete disregard for his safety, Inouye crawled to one of three enemy machine gun nests and hurled two grenades, destroying the position. Before the enemy could react, he stood up and neutralized a second machine gun nest before he was wounded by a sniper’s bullet.

Inouye kept fighting, engaging other enemy fighters at close range until an exploding grenade shattered his right arm. He fought through the intense pain, refusing evacuation and continuing to direct his platoon until the enemy resistance was broken, according to the citation.

He entered politics upon his return to his native Hawaii and in 1962 became the first Japanese American elected to the U.S. Senate.

This year’s graphic novels, in addition to Inouye, will highlight Sgt. Henry Johnson, the Harlem Hellfighter who fought in World War I; Dr. Mary Walker, a Civil War surgeon and the only woman to receive the Medal of Honor; and Cpl. Tibor Rubin, the Holocaust survivor who later fought in Korea.

All four of them “have equally remarkable, yet quite distinctive, stories of valor,” Craig said.

Each graphic novel is created by a team of professional comic book veterans. The script for the graphic novel on Inouye was written by Chuck Dixon, whose previous work includes Batman, The Punisher and The ‘Nam. Pencils, inks and the cover were done by Christopher Ivy, who has worked on G.I. Joe, Avengers and Flash. Colors were by Peter Pantazis, who has worked on Justice League, Superman and Wolverine, and the lettering was by Troy Peteri, who previously worked on Spider-Man, Iron Man and X-Men.

To download Medal of Honor: Daniel Inouye and for more on the series, visit www.ausa.org/moh.