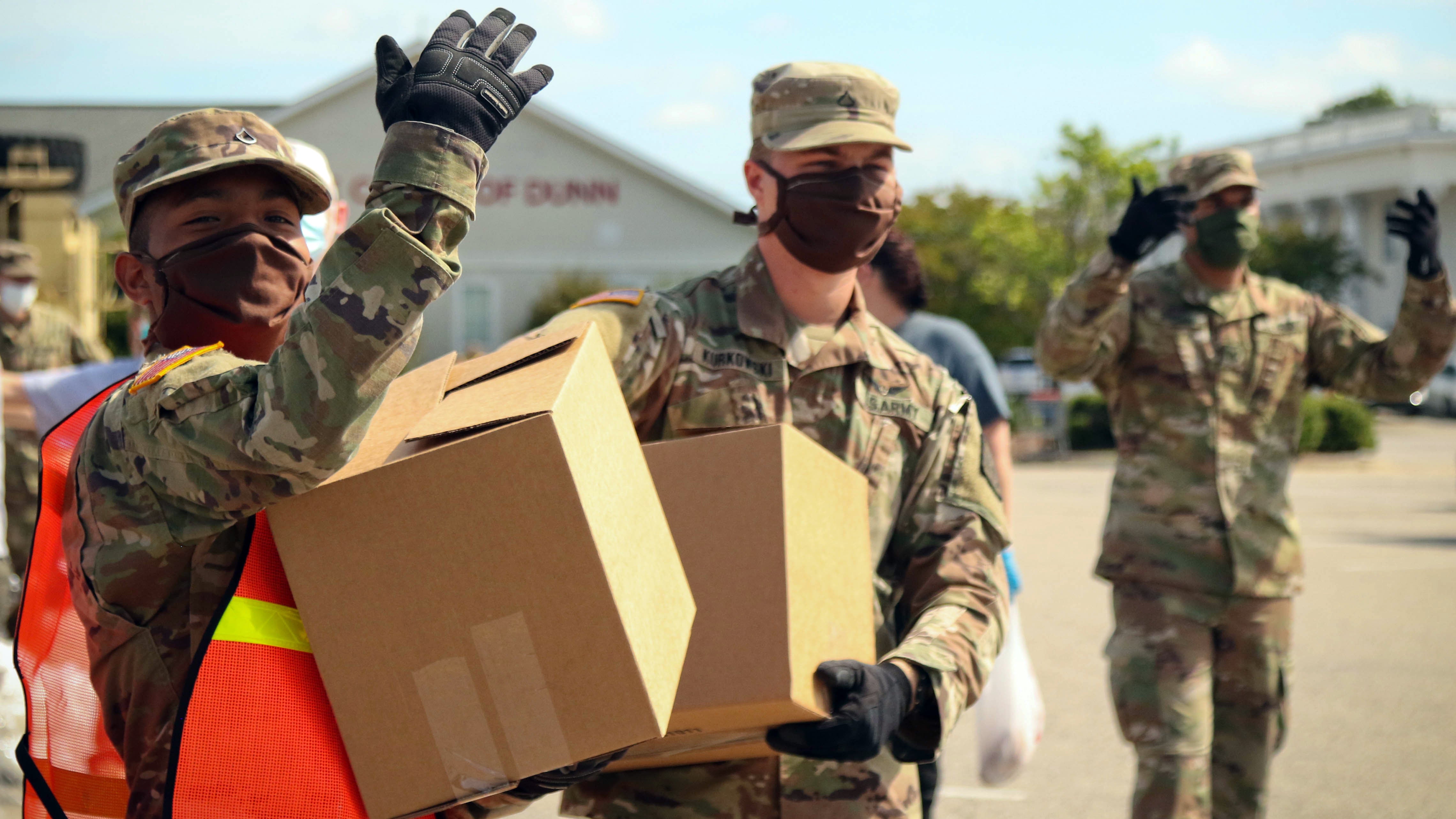 The Association of the U.S. Army, along with the Air Force Association, is calling for senior leaders to extend National Guard deployments for troops mobilized in the fight against COVID-19.

More than 46,000 National Guard soldiers and airmen are supporting COVID-19 response efforts in all 54 states and territories, the largest use of the Guard for a domestic operation since Hurricane Katrina in 2005, according to the National Guard Bureau.

Guard soldiers and airmen deployed under federal Title 32 orders are currently slated to complete their orders on June 24.

Extending their orders “will enable them to continue serving the nation against this deadly disease,” the letters state. “As a number of state governors are now advising, the ongoing COVID-19 pandemic clearly suggests our nation will need our National Guard to continue the fight well beyond June 24.”

In addition, extending the deployments by just one day will authorize additional federal benefits, including Post-9/11 GI Bill and early retirement benefits, for the Guard troops, Ham and Wright wrote.

AUSA and AFA also are recommending DoD authorize Tricare benefits to the soldiers, airmen and their families for six months after their deployments, according to the letters. This is similar to what service members receive when returning from overseas deployments.

“As you know, our nation’s National Guard, like our Regular and Reserve Forces, are committed to serving our nation and the American people,” Ham and Wright wrote. “We see this every day in America and around the world.”