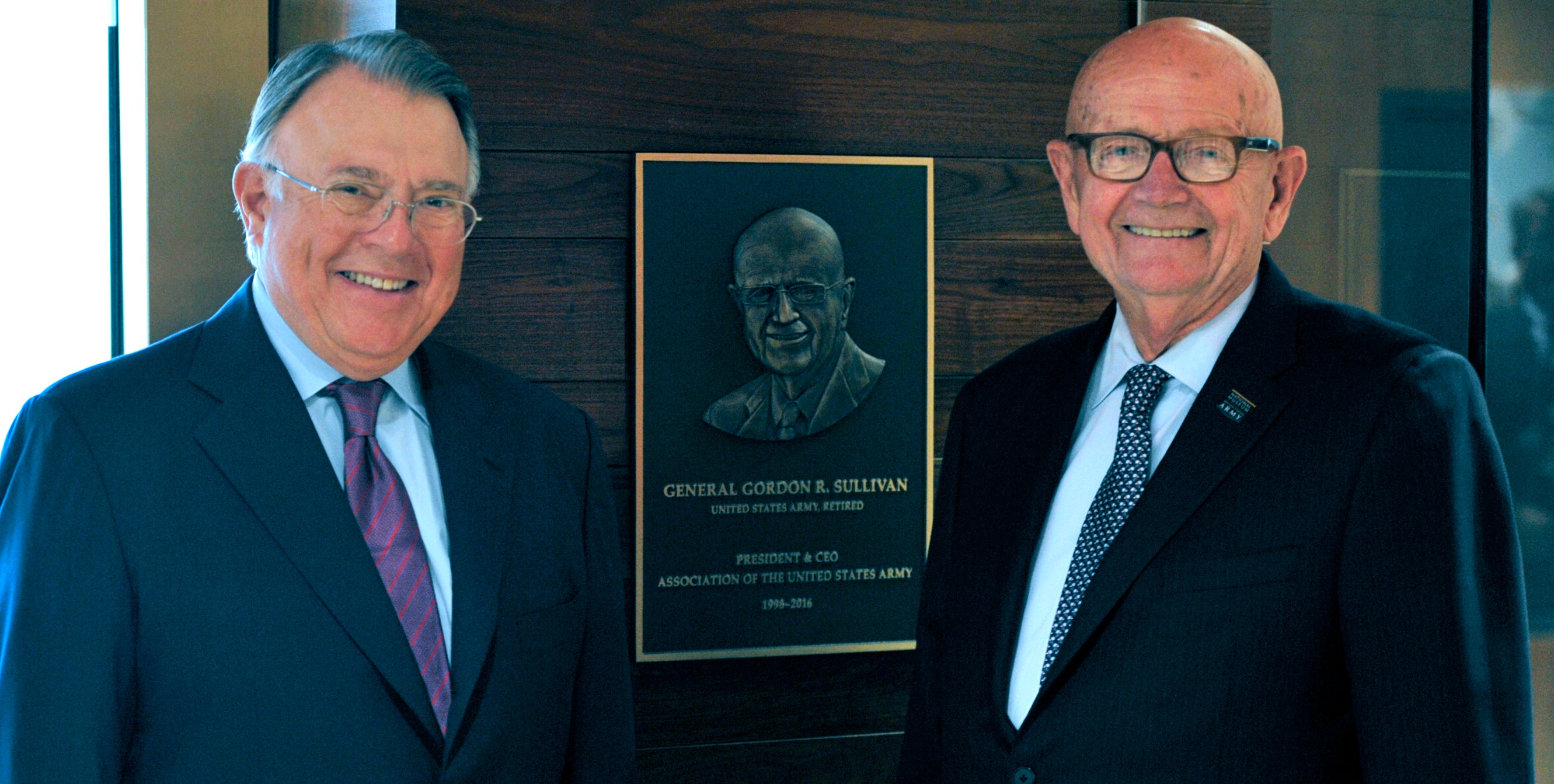 The first-floor meeting space at the Association of the U.S. Army’s national headquarters has been formally dedicated to its past president and CEO.

The General Gordon R. Sullivan Conference & Event Center is named for the former Army chief of staff who retired last year after 18½ years as the head of AUSA. “I am completely overwhelmed,” Sullivan said at a ceremony where a plaque bearing his likeness was unveiled. “I cannot believe this is happening.”

Sullivan still works at the AUSA building in Arlington, Va., in his new job as chairman of the board of the Army Historical Foundation where he is leading the charge to build the National Museum of the United States Army at Fort Belvoir, Va. “I love the Army, and I love my country, it is as simple as that,” said Sullivan, who came to AUSA shortly after he concluded more than 36 years of Army service.

“He believes in the mission of this association, which has allowed him to continue working for our great Army,” said Nicholas D. Chabraja, the outgoing chairman of the AUSA Council of Trustees. “It is only fitting and proper that we acknowledge his service and dedication.”

Chabraja stepped down as chairman shortly after the dedication. His successor is Phebe Novakovic, president and CEO of General Dynamics Corp.

The Sullivan center is a high-tech facility that includes a 1,900-square-foot main conference room, two executive boardrooms, a 1,600-square-foot reception area and a lounge.

The center is used regularly for AUSA educational and professional development events, and is available to the public for rent on weekdays, evenings and weekends. Find more information here.