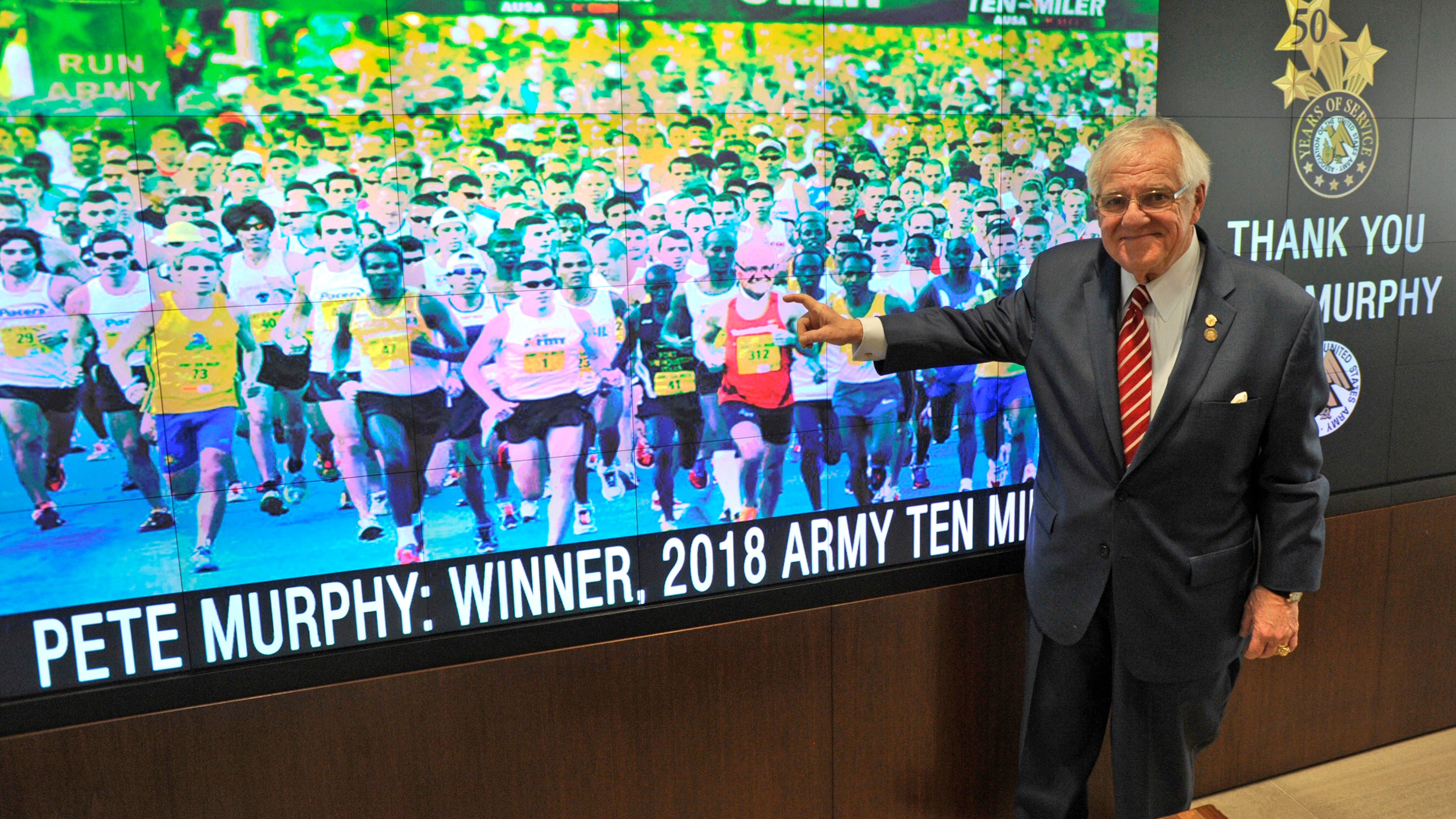 Peter F. Murphy Jr., an Association of the U.S. Army staff member for more than five decades, was honored recently at a retirement ceremony at AUSA headquarters in Arlington, Va.

“Pete has been with this organization for over 50 years, and he gave of himself selflessly, as did his family,” Sullivan said.

“Pete Murphy gave a big part of his life over to the Association of the United States Army. A soldier himself, he was always committed to supporting the American soldier and their families,” he said.

“It’s been an honor and a privilege for me to serve at AUSA for all these years,” Murphy said, adding that he began to believe in AUSA’s mission while he was still in uniform.

Murphy described how, as a second lieutenant on his first assignment at Fort Stewart, Ga., he saw firsthand how AUSA supports soldiers and their families.

“The motto that we have now, telling the Army story, supporting the soldier, voice of the Army, I experienced that for real as a second lieutenant over 50 years ago, and that is why when I had the opportunity, I came to work for AUSA, because I love to do that kind of work for soldiers and families,” he said.