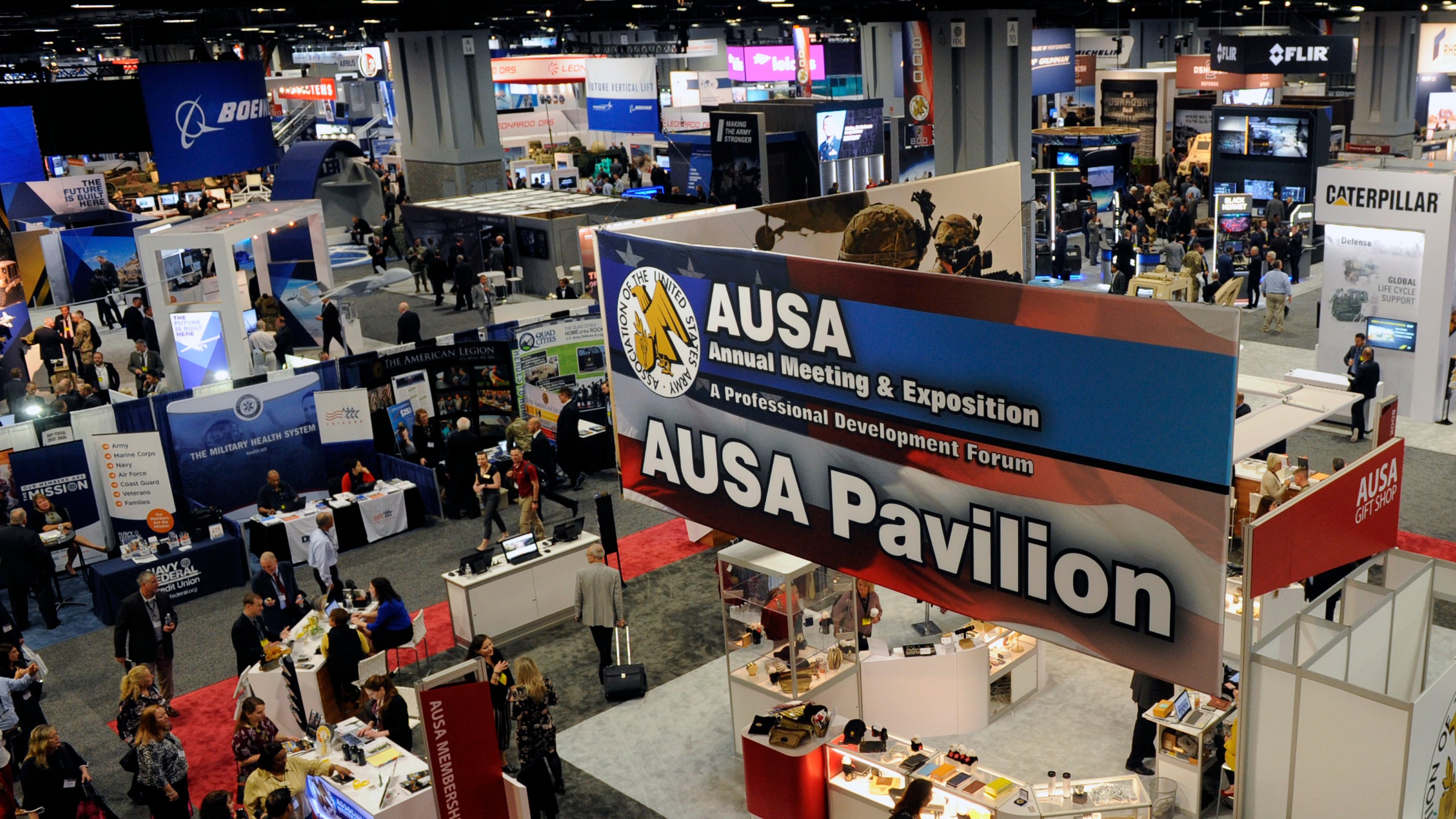 The Association of the United States Army’s 2018 Annual Meeting and Exposition ranks as the third largest trade show and convention on a list of the Top 100 Events in Washington, D.C., in 2018.

AUSA is the only military association to be mentioned on Washington’s Top 100 list that covers galas, political events, parades and trade shows. The annual list is created by BizBash, a resource for event and meeting professionals.

About the AUSA meeting, BizBash said, “This event drew Army leaders and soldiers, notable Army veterans, and supporters from around the world, and attendance grew to more than 31,000 from last year’s 29,734.”

This is the third consecutive year AUSA has ranked as the No. 3 trade show and convention in D.C.

“I’m really proud of the incredible team at AUSA who plans, organizes and conducts this great event,” said retired Gen. Carter F. Ham, AUSA president and CEO. “We are very thankful to the thousands who joined us this year and we look forward to an even better event in 2019.” The 2019 annual meeting will be held Octt. 14 to 16 at the Walter E. Washington Conference and Event Center in Washington, D.C.

Rankings are not solely based on attendance. “To choose and rank the annual events, we look at several factors, including economic impact, buzz, innovation, and an event’s prominence within the communities it intends to serve. We also vetted selections with industry insiders,” BizBash said in a statement.

Here are the full 2018 event rankings.