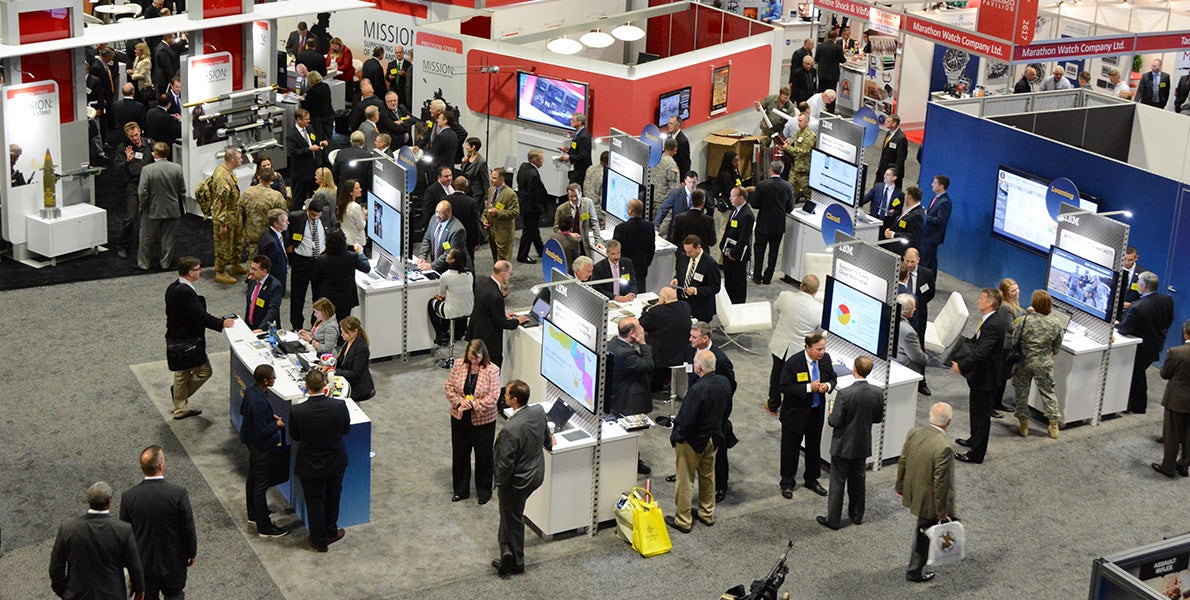 The Association of the U.S. Army has announced its 2016 National Award recipients. They will be recognized during the Annual Meeting and Exposition, Oct. 3 to 5 in Washington, D.C.

The award winners are:

Retired Army Lt. Gen. Claude M. “Mick” Kicklighter will received the General Creighton W. Abrams Medal for contributing to the advancement of the U.S. Army. A Vietnam veteran who began his Army career as an enlisted soldier and was later commissioned, Kicklighter served nearly 36 years before his 1991 retirement and then launched a second career as federal worker, serving in the Army, DoD and State Department.

Karen R. Lowe, a longtime member of AUSA’s George Washington Chapter, will receive the Major General Anthony J. Drexel Biddle Medal for contributing the most to the advancement and mission of AUSA. Lowe, corporate director for Army C3 Programs for Northrop Grumman Corp., has held many positions in the George Washington Chapter and has undertaken myriad initiatives to benefit soldiers and their families. She also has been a member of AUSA’s advisory board of directors since 1999.

Retired Army Command Sgt. Maj. Jimmie W. Spencer will receive the Sergeant Major of the Army William G. Bainbridge Medal for being the noncommissioned officer who has contributed the most to the Army NCO Corps. Spencer, who served 32 years in the Army before his 1993 retirement, served in the 3rd and 7th Special Forces Groups, the 2nd Battalion, 75th Ranger Regiment, and as a senior reserve officer training corps instructor at Wofford College, S.C. He also was a command sergeant major in seven key positions, culminating in his assignment at the Army Special Operations Command.  Spencer joined AUSA as director of NCO and soldier programs after his Army retirement, and then retired from AUSA in 2013. He is now a consultant to the DoD’s Vietnam War Commemoration program.

Marillyn Hewson, the chairman, president and CEO of Lockheed Martin, will receive the John W. Dixon Award for outstanding contributions to national defense by a member of industry. She has worked for more than 30 years for Lockheed Martin, serving in several key positions. Under her leadership, Lockheed Martin committed to spending $25 million over five years on programs to support service members, veterans, military families and caregivers. The company also donated $10 million to military museums, including the campaign for the National Museum of the United States Army.

Retired Maj. Gen. R. Martin Umbarger, former adjutant general of the Indiana National Guard, will receive the Lieutenant General Raymond S. McLain Medal for outstanding contributions to the advancement of a seamless Total Army. Umbarger enlisted in the National Guard in 1969 and was commissioned as an infantry officer in June 1971 after graduating from the Indiana Military Academy as a distinguished military graduate. He retired in May after 45 years of service. Before becoming Indiana’s adjutant general, Umbarger’s previous assignments included serving as the U.S. Forces Command’s deputy commanding general for reserve components, assistant division commander for training of the 38th Infantry Division (Mechanized” and commanding general of the 76th Infantry Brigade (Separate). He is a former member of the Army’s Reserve Forces Policy Committee and the Defense Department’s Reserve Forces Policy Board.

Retired Army Lt. Gen. Jeffrey W. Talley, who stepped down in June as Army Reserve chief, will receive the Major General James Early Rudder Medal for his advancement of a seamless Total Army.  An Army Corps of Engineers officer, he served more than 30 years in active and reserve units, commanding at every level from platoon to a division. He deployed to Kuwait in 2003 and Iraq in 2008, and was 84th Training Command commanding general at Fort Knox, Ky., from 2009 to 2012. In his last assignment as the 32nd Army reserve and seventh Army Reserve Command commanding general, he oversaw over a global force of more than 215,0000 soldiers and civilians, more than 1,100 reserve and training centers, six installations, and equipment inventory valued at more than $39 billion.

Maj. Craig Young and his wife, Lisa, will be named AUSA Volunteer Family of the Year, an award given for outstanding efforts to promote the well-being of soldiers and families.  The Youngs and their three children—Zachary, Abigail and Benjamin— live in Weisbaden, Germany, where they’ve been active in the military community since their arrival in 2011, especially with Boy Scout and Girl Scout organizations.

Lettie M. Williams , civilian director of the 1st Armored Division and Fort Bliss Joint Visitors Bureau, will receive the Joseph P. Cribbins Award as Department of the Army Civilian of the Year. A former Blackhawk pilot who served with the 101st Airborne Division (Air Assault), she oversees planning, coordination, security and execution of all levels of distinguished guest visits to Fort Bliss.  Under her leadership, her team implements over 150 events a year, ranging in size up to the Network Integration Evaluation, a semiannual, two-week long evaluation of equipment including participation from joint, interagency, multinational and industry partners—with over a hundred distinguished visitors.  Williams coordinates a number of events to enhance ties with the El Paso community as well as the Omar Bradley Chapter of AUSA, and also serves as a mentor and volunteer with special interest in helping soldiers.

The National Service Award for support for the American soldier and Total Army will go to Honor Flight Network, an organization started in 2004 to transport veterans to Washington, D.C., to visit the World War II Memorial on the National Mall. The program started with pilot Earl Morse flying a patient from a VA clinic from Springfield, Ohio, to D.C., and has grown into a larger organization transporting veterans on commercial airlines. Today, the Honor Flight Network has 130 hubs located in 44 states, and has transported more than 150,000 veterans to see the memorial.