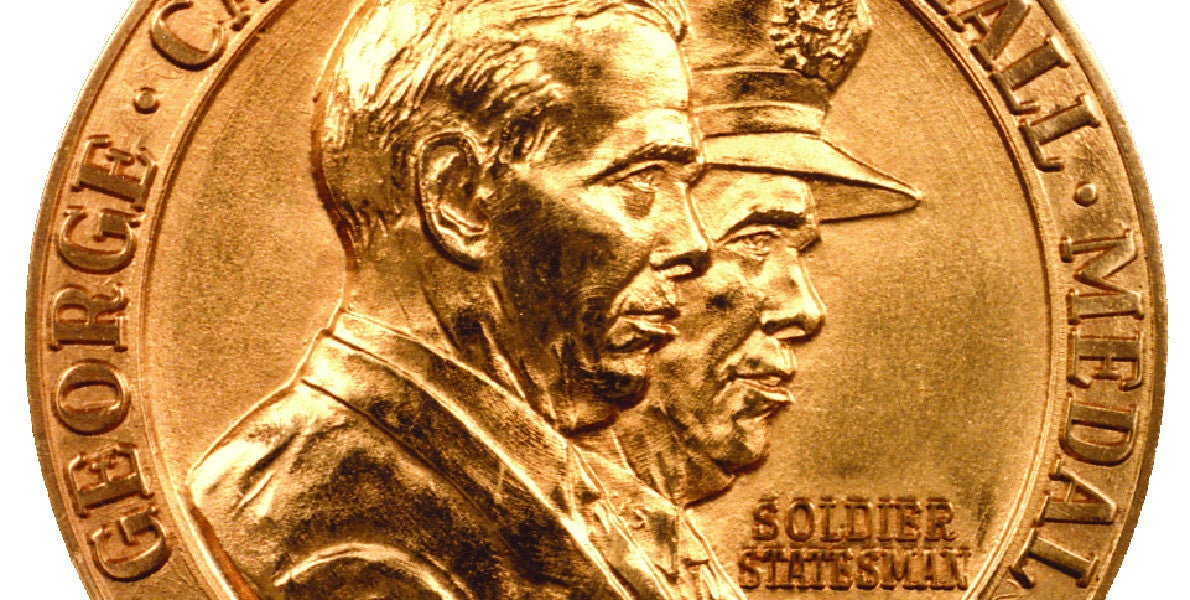 The highest award of the Association of the U.S. Army, the George Catlett Marshall Medal, will be presented this October to retired Army Gen. Gordon R. Sullivan for his lifetime of selfless service to the United States of America.

AUSA President and CEO Gen. Carter F. Ham, U.S. Army retired, said July 1, “It is my distinct privilege to announce in my very first statement as AUSA president that General Sullivan is receiving our highest award. I can think of no one more deserving of this honor, which recognizes distinguished lifetime service to our nation. Through his 36 years of service in the Army and his more than 18 years heading the Association of the U.S. Army, General Sullivan has been deeply devoted to his beloved Army and to the betterment of our nation.”

The award will be presented by AUSA’s Council of Trustees on Oct. 5 at the Marshall Dinner on the final day of the Annual Meeting and Exposition.

“In his almost six decades of service, General Sullivan has shown integrity, leadership and compassion for those with whom he worked, all attributes of General of the Army George C. Marshall,” Ham said. “Both General Marshall and General Sullivan served as Army chief of staff at critical times, when the Army was under great pressure, when being a strong leader with a clear vision was vital.”