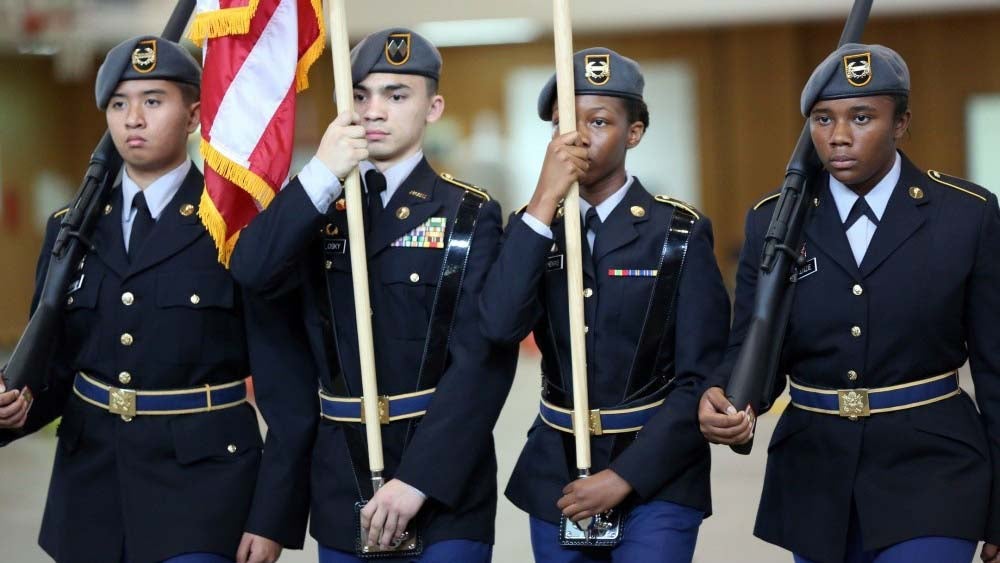 The winner of the 2022 Lt. Gen. Theodore G. Stroup Jr. Achievement Award is Cheyunne Ahn, a student at Southern High School in Santa Rita, Guam, the Association of the U.S. Army has announced.

Named for Stroup, a former AUSA vice president of Education who is now an AUSA senior fellow, the program recognizes JROTC cadets for their achievements. It also aims to “engage the next generation of Soldiers and DoD stakeholders at a young age, to promote their growth into mature members of the defense community and to build an awareness of the Association of the U.S. Army,” according to the association.

Ahn won this year’s award with her essay, “Analysis of ‘Lessons in Followership: Good Leaders Aren’t Always Out Front’ ”

In her essay, Ahn analyzes a commentary that was published in ARMY magazine titled, “Lessons in Followership: Good Leaders Aren’t Always Out Front.” The commentary, published in the June 2021 edition of AUSA’s flagship publication, was written by Lt. Col. Amelia Duran-Stanton and Col. Alicia “Ali” Masson, who discuss how military leaders can become more well-rounded if they learn how to be better followers and know how to best lead and manage followers.

“Throughout the article, the authors introduce a fundamental principle that being a better follower allows people to become better leaders and managers. As a young JROTC cadet and a future soldier, I feel this principle with all my heart,” Ahn wrote as she described her journey through JROTC beginning in her freshman year.

“In order to evolve into a competent and effective leader in the future, I must be ready to learn from my team members at all times,” she wrote. “… I strive to be a leader who walks the walk not talks the talk. As a West Point hopeful, I hope that one day I will be a military officer and a servant leader to serve my country and inspire those around me.”

For her first-place essay, Ahn will receive a $2,500 prize and a two-year AUSA membership.

Maria Tortorelli, a student at the Stuttgart High School in Germany, came in second place with her essay, “Lead from the Front, Not the Rear.” She will receive a $1,500 prize and a two-year AUSA membership.

This year’s third-place student is Chloe Barnes from Lakeridge High School in Lake Oswego, Oregon. For her essay, “The Importance of the Follower, Manager and Leader in the U.S. Army,” Barnes will receive a $1,000 prize and a two-year AUSA membership.

This is the third year AUSA has held the essay contest, and it is open to JROTC students who are juniors or seniors. Each essay is accompanied by a letter of recommendation and must be focused on a matter relevant to current defense issues or military history.

With the help of the Army Cadet Command, the contest is available to JROTC programs nationwide.