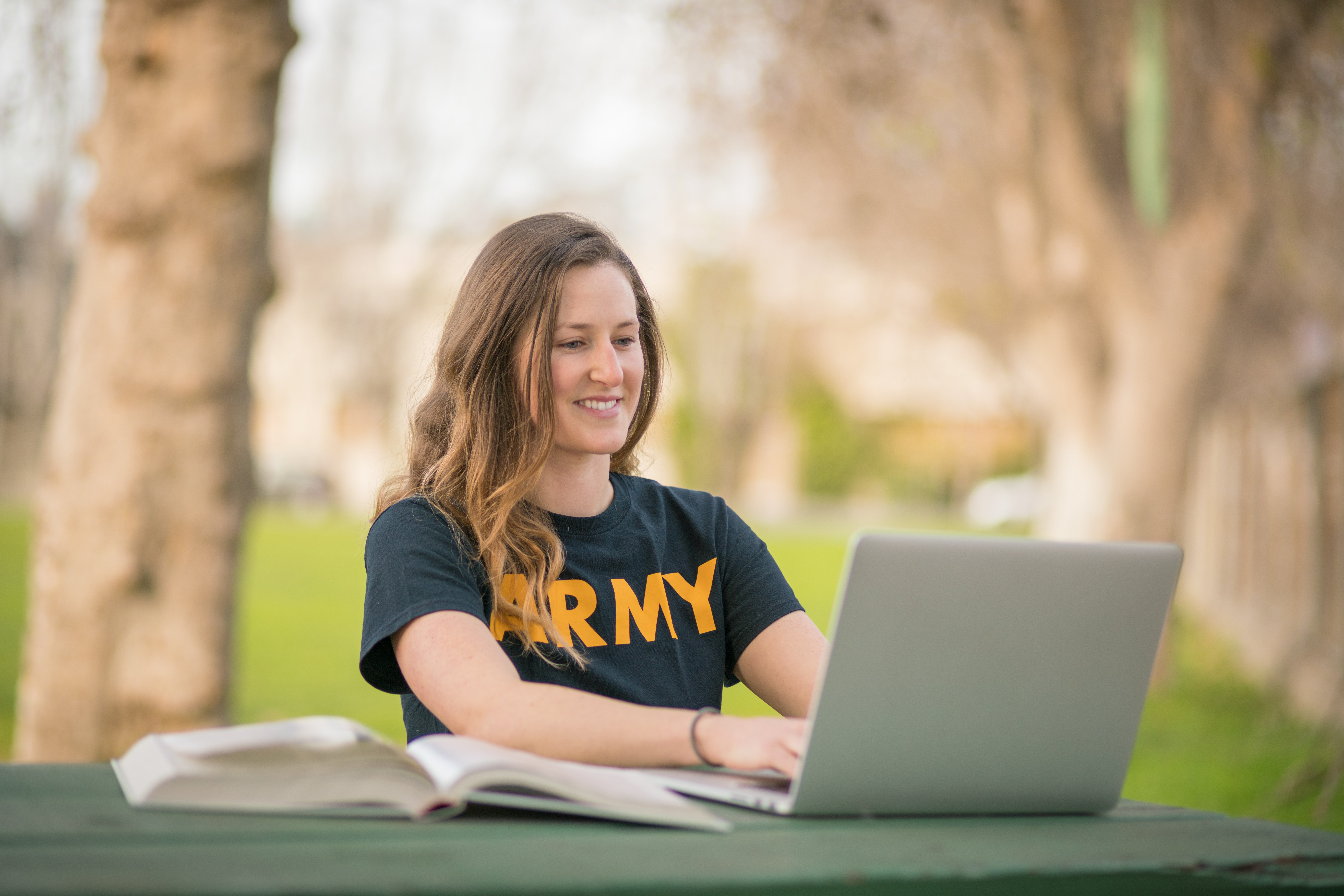 The Association of the U.S. Army is announcing the award of its national scholarships for 2019 valued at more than $292,000.

Scholarships are being awarded to 33 AUSA members.

Three full-ride scholarships are awarded for Trident University, an accredited online institution offering bachelor’s and master’s degrees that gives credit for leadership and professional experience. Each scholarship is valued at $48,000.

A Trident University scholarship is awarded to Brandon Welch, a firefighter and emergency medical technician in Idaho who plans to become a paramedic. “With the help of a scholarship, I will be able to achieve my goal of becoming a paramedic, which will not only provide better service to my community, but also a better life for my family,” Welch said.

A Trident University scholarship is awarded to Erin Rowcliff, who is studying to be a chemical engineer. “Clean water and healthy food supply is a need of everyone,” she said. “As a chemical engineer, I can use my education to help improve water quality and food production for those living in third-world countries.”

The final Trident University scholarship is for Sgt. Andrew Valenza of the Army National Guard. “My goal for my career is to stay in the National Guard and hopefully obtain a job as a photojournalist at the National Guard Bureau,” said Valenza, who is also a college student who is taking extra classes so he can finish school in time for an upcoming deployment.

Eight SMA Leon Van Autreve Scholarships are awarded in honor of the former sergeant major of the Army who died in 2002.

A $25,000 Van Autreve scholarship is awarded to former Capt. Peter Kyriakoulis, who served in the Army from May 2002 to December 2006, including two combat tours in Iraq with the 101st Airborne Division (Air Assault). Kyriakoulis, who is pursuing a master’s in business administration, is a sales director for a brokerage company. His long-term goal is to run his own consulting firm. An MBA will be “a vital part of my education and experience that will lay the proper foundation to build this future upon,” he said.

A $10,000 Van Autreve scholarship is awarded to Hunter Adams, a sophomore at Rice University who wants to become an Army doctor. Adams set his sights on being an Army doctor after his father was wounded during a deployment in Afghanistan, he said. “I was able to visit my father at Brooke Army Hospital and saw first-hand how great his doctors were,” he said. “This was my first experience with military doctors, and it left me with feelings of someday wanting to join their ranks in uniform.”

A $5,000 Van Autreve scholarship is awarded to Army Reserve Capt. Garrison Haning, who is pursuing a master’s in business administration. “At the Military Academy, we learned the language of the Army profession. … We spent years studying why some commanders succeeded and where others failed,” he said. “This is why I am attaining my MBA, for the opportunity to study with the future Eisenhowers, MacArthurs and Pattons of finance and philanthropy.”

Five Van Autreve scholarships of $2,000 each also are awarded. The recipients are: Lucy Pickett, an Army brat and nursing student who hopes to work at a military or Veterans Affairs hospital upon graduation; Nadjaliette Hernandez-Lopez, who is studying to become a doctor and hopes to complete her residency at a military hospital; Nathaniel O’Brien, who is studying economics with a concentration in finance; Patricia Najera, who is working to become a neurosurgeon; and Alison Becker, the stepdaughter of a former Special Forces soldier who aspires to attend medical school and train to become a surgeon.

Two Joseph P. and Helen T. Cribbins Scholarships of $10,000 each are awarded to students completing degrees in science, technology, engineering and math. The Cribbinses were longtime supporters of AUSA and the Army.

The recipients are Frederick Wiersig, who is working to complete a bachelor’s degree in computer engineering and then a master’s in cybersecurity, and Megan Lopez, who plans to graduate from Regis University in 2020 with a doctorate in physical therapy.

Six Nicholas D. Chabraja Scholarships of $5,000 each are also awarded for science, technology, engineering and math, named for a former AUSA Council of Trustees chairman.

The recipients, each a military family member, are: Jacqueline Loving, who is pursuing a career in veterinary medicine; Andrew McCaffrey, a childhood cancer survivor who aspires to be an orthopedic oncologist; Victoria Stuart, who is working to become a physician assistant and hopes to join the National Guard; Hannah Duncan, who is pursuing a career in the natural sciences; Kathleen Stone, who will attend the University of Michigan this fall and plans to obtain a career in cybersecurity; and Abdiel Hernandez-Lopez, who is working toward a degree in aerospace engineering.

Two Gen. Jack N. Merritt Scholarships, each $5,000, are awarded in the name of the former AUSA president. Bryan Wyks, a military family member and Eagle Scout who aspires to become a park ranger or work in local government, and Russell Watts, a retired first sergeant who served from May 1998 to July 2018 and is pursuing a master’s and wants to help other veterans transition into civilian life, are the 2019 recipients.

Stoker is working to become a physical therapist and is interested in working with patients with spinal cord injuries or prosthetic limbs; Hernandez-Zegada is studying to become a neurologist; Chang is enrolled in a doctoral program in artificial intelligence at Cornell University; and Bullinger is studying for her master’s at Auburn University and hopes to become a city manager.

AUSA also is awarding three $2,000 College Debt Reduction scholarships. The recipients are Staff Sgt. Aaron Davis, a 13-year soldier who is training to become a physician assistant; Air National Guard Senior Master Sgt. Saroya Porche, who is stationed at Joint Base Elmendorf-Richardson, Alaska, and is pursuing a doctoral degree; and Kylie Garo, an Army brat who is studying to become a social worker focused on helping children and teens.