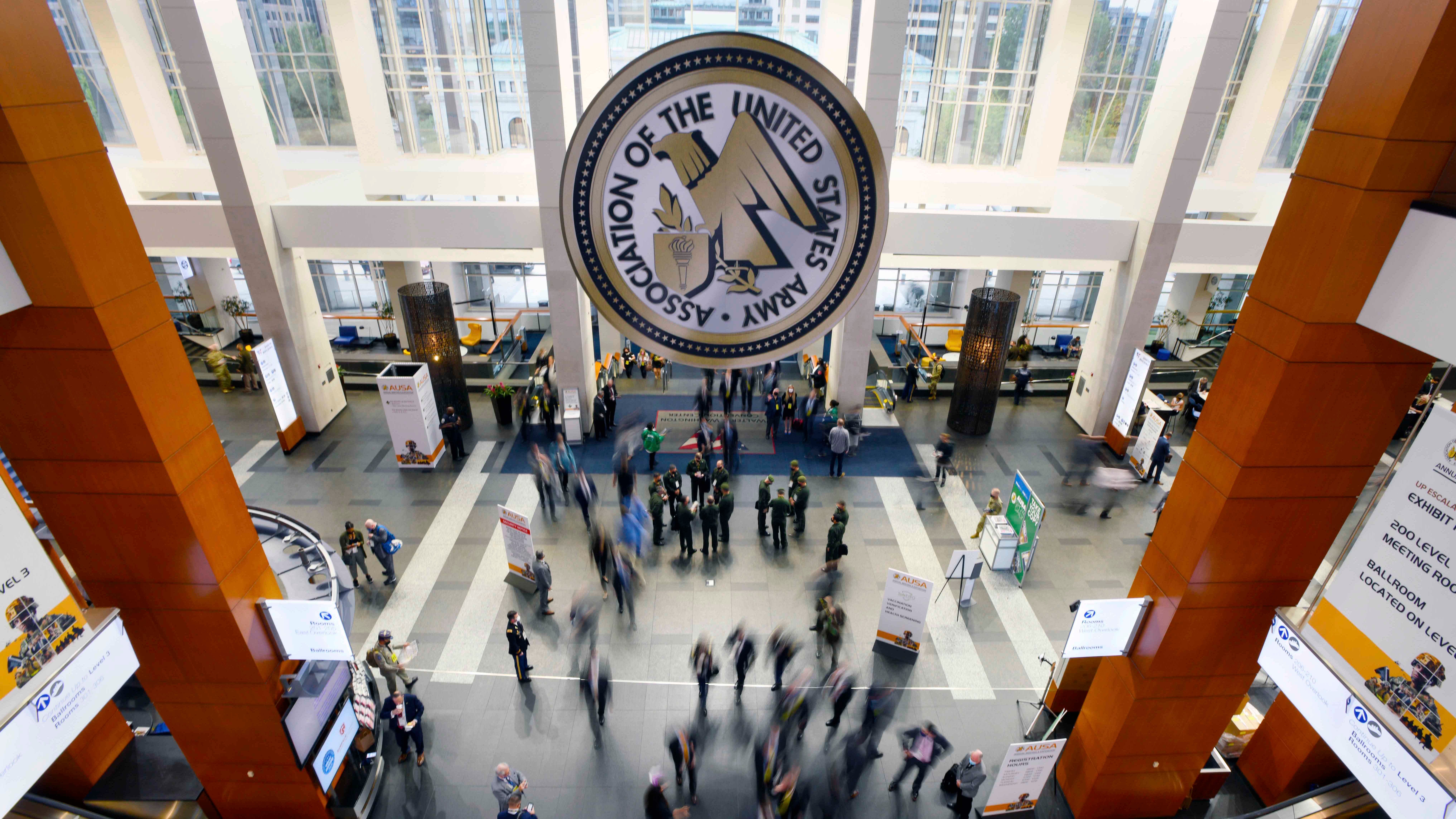 Army leaders and AUSA have determined that “Building the Army of 2030” will be the theme of the meeting, which will take place Oct. 10–12 at the Walter E. Washington Convention Center in Washington, D.C.

In the four years since Army Futures Command was established, the Army’s top priority has been reshaping the force—including equipment, people and doctrine—to meet expected challenges.

The annual meeting will include keynote addresses from senior Army leaders, a wide range of forums, and Warriors Corner and Innovators Corner presentations. Also scheduled are several award presentations, including the winners of the inaugural Best Squad Competition, NCO and Soldier of the Year and the Marshall Medal, AUSA’s highest award for selfless service to the country.

Some seated events require separate reservations and may have a fee.

The Army is about five years into a transformation launched to expand its capabilities and reorganize forces to defend the nation and meet future challenges. It is making progress.

Army Secretary Christine Wormuth told Congress in May that she expects four long-range precision fires systems to be fielded in fiscal year 2023. That includes a hypersonic weapon battery, the Precision Strike Missile, the Extended Range Cannon Artillery and a ship-sinking mid-range missile.

Transformation is more than just weapons. The Army creating a data-centric force that integrates technology with next-generation weapons. It is modernizing personnel policies, focusing on creating what Wormuth calls “positive command climate” as it builds more cohesive teams.

The Army is also boosting troop levels in Europe while also deploying forces and equipment to the Indo-Pacific in efforts to strengthen joint force integration, promote interoperability and demonstrate combat capabilities.

Army Chief of Staff Gen. James McConville, who was vice chief when the transformation effort began, has talked about finding the “sweet spot” of balancing the much-needed transformation of capabilities with continuing incremental improvements in current capabilities so the Army remains ready to fight.

For more information on the annual meeting, click here.