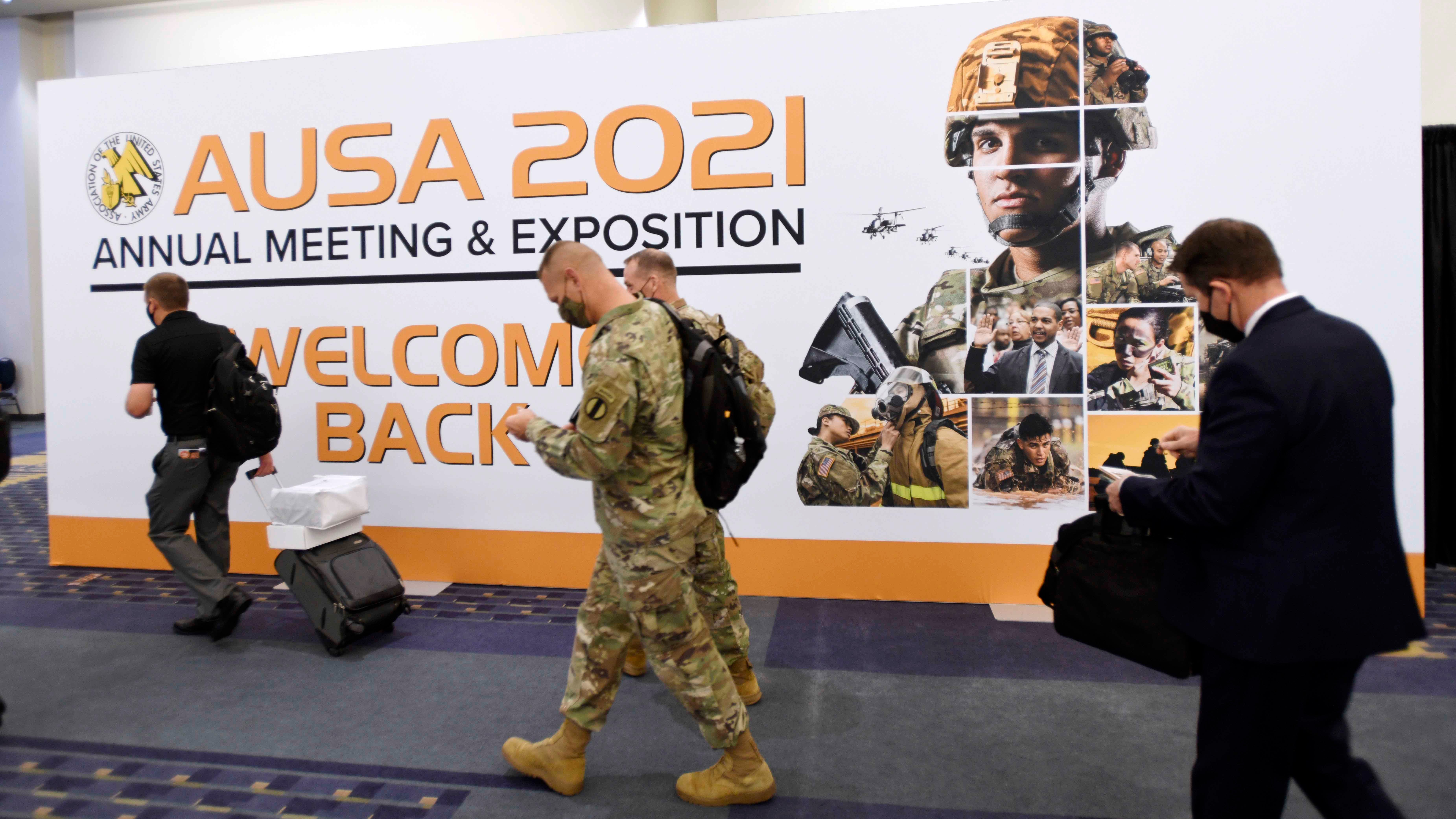 Day Three of AUSA 2021 includes a series of contemporary military forums and the presentation of the Association of the U.S. Army’s highest award.

In the morning, a panel discussion looks at the COVID-19 mission and what lessons were learned by the Army. Titled “Lessons Learned from the Army’s Pandemic Response: Accelerating All-of-Nation Response,” speakers include Army Surgeon General Lt. Gen. R. Scott Dingle, retired Lt. Gen. Paul Ostrowski, who was part of the national vaccine effort, and retired Lt. Gen. Todd Semonite, former commander of the Army Corps of Engineers.

The impacts on the Army from climate change is the topic of a second forum, featuring J.E. “Jack” Surash, senior official performing the duties of the assistant Army secretary for installations, energy and environment, and Lt. Gen. Laura Potter, deputy Army chief of staff for intelligence.

Mark Lewis, senior official performing the duties of the assistant Army secretary for manpower and reserve affairs, will lead a forum on Army civilian talent management, and Sgt. Maj. of the Army Michael Grinston will provide a briefing on his initiatives.

This year’s event has been converted from a dinner to an awards presentation because of COVID-19 concerns.

Presentations continue Warriors Corner, at the Army exhibit in Booth 1825 in Hall B. The day’s presentations include discussions on suicide prevention, the Army’s advise-and-assist mission and more.

At Innovator’s Corner, Booth 2461 in Hall B, the Army xTech Program will showcase winners and finalists from its technology search, with companies showing off new solutions to Army problems. Demonstrations will continue until 2 p.m.