AUSA 2021 has Big Slate of Forums with Army Leaders

AUSA 2021 has Big Slate of Forums with Army Leaders 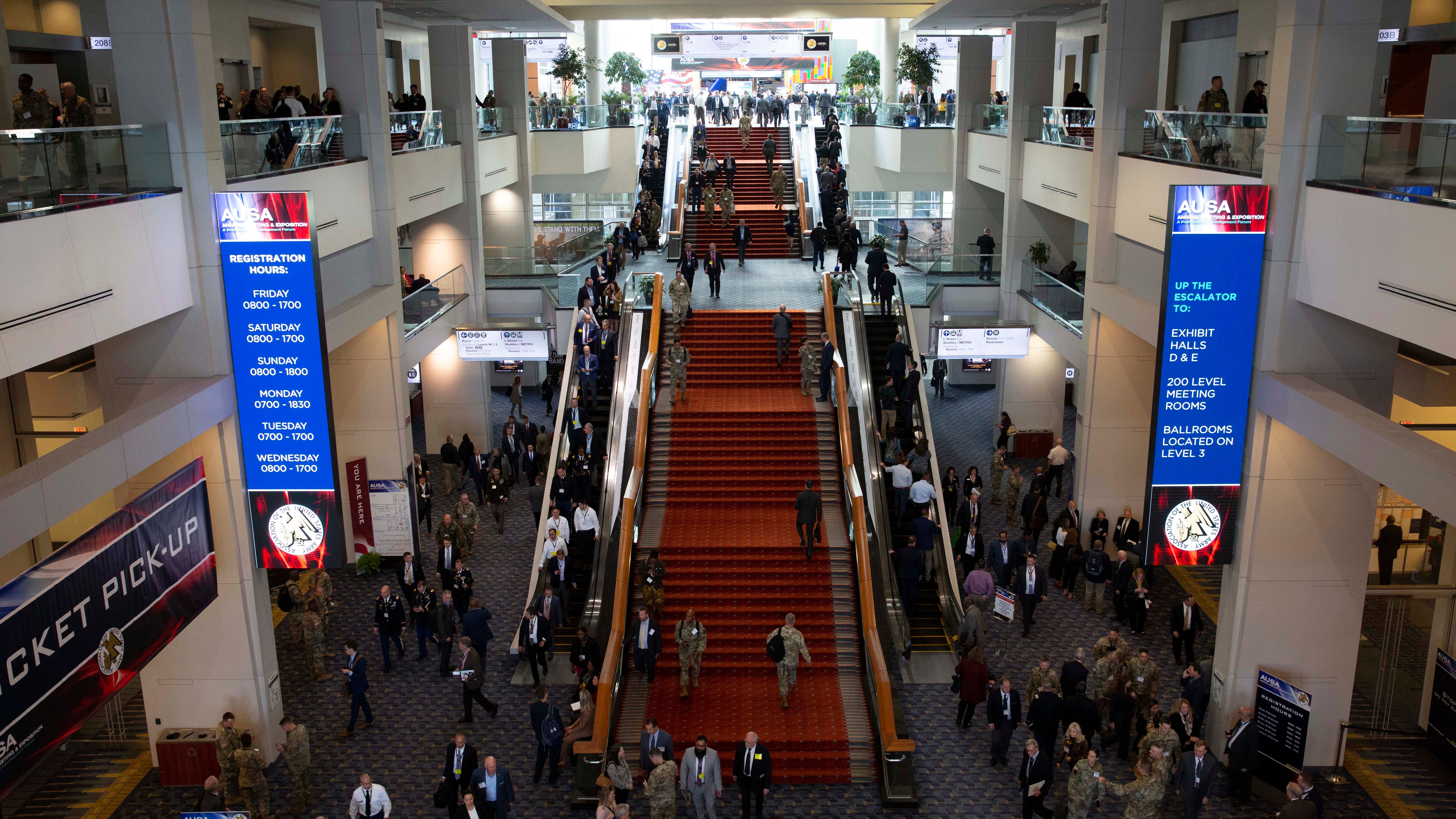 Contemporary military forums at the Association of the U.S. Army’s 2021 Annual Meeting and Exposition will focus on the Army’s top priorities of people, modernization, readiness and alliances.

These two panels happen on opening day, which is also when Army Secretary Christine Wormuth is scheduled to speak.

Two programs look at transformation topics, with one concentrated on the sustainment needs of multidomain operations and the other on Project Convergence, the Army effort to link sensors, shooters and communications for faster operations and response. Those panels will be led by Gen. Ed Daly, commander of Army Materiel Command, and Gen. Mike Murray, commander of Army Futures Command, respectively.

On Oct. 13, one forum looks at the COVID-19 mission and what lessons were learned by the Army for similar efforts in the future. Panelists include Army Surgeon General Lt. Gen. R. Scott Dingle, retired Lt. Gen. Paul Ostrowski, who was part of the national vaccine effort, and retired Lt. Gen. Todd Semonite, former commander of the Army Corps of Engineers.

A second mission-related discussion looks at the impacts on the Army from climate change, featuring J.E. “Jack” Surash, senior official performing the duties of the assistant Army secretary for installations, energy and environment, and Lt. Gen. Laura Potter, deputy Army chief of staff for intelligence.

A third panel looks at the life-cycle costs of sustaining a modernized Army. Speakers include Murray and Daly.

The 10 forums at the Walter E. Washington Convention Center are open to registered attendees of the AUSA Annual Meeting.

Registration and an updated program are available here.