AUSA 2019 Wraps Up With Marshall Dinner

AUSA 2019 Wraps Up With Marshall Dinner 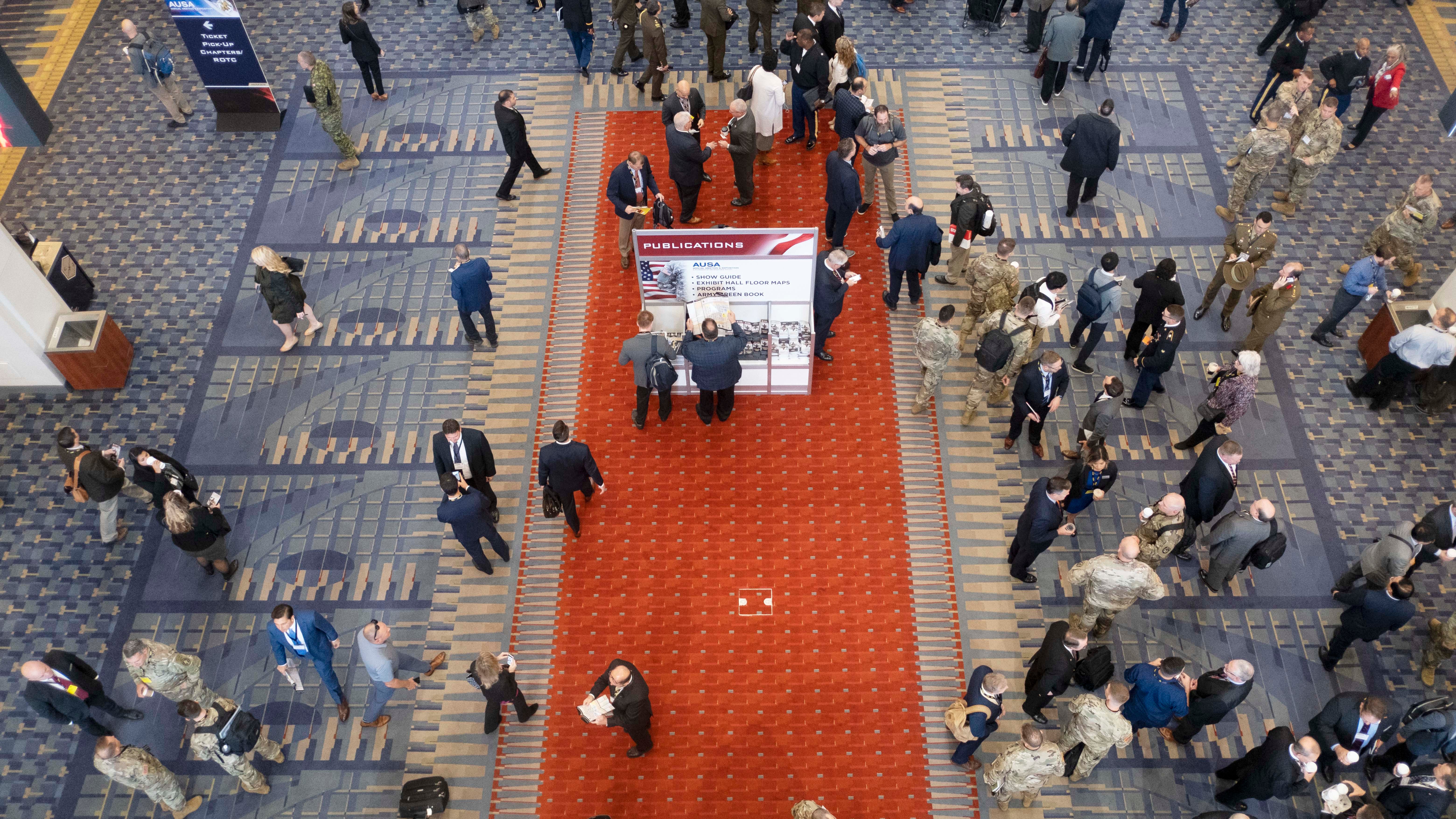 In between, presentations continue during the day at Warrior’s Corner, Booth 1725 in Hall B. Today’s topics include an update on Future Vertical Lift modernization efforts, and a look at the Army’s program to reduce musculoskeletal injuries.

There are two important morning forums. One on delivering force modernization will feature Bruce Jette, the assistant secretary of the Army for acquisition, logistics and technology, and Gen. John Murray, commanding general of U.S. Army Futures Command.

A second, on Army Talent Management in 2028, will include opening remarks from Army Chief of Staff Gen. James McConville.

Secretary of Veterans Affairs Robert Wilkie is scheduled to speak at the AUSA National Partners Luncheon, and James McPherson, the senior official performing the duties of Army undersecretary, is the keynote speaker at a luncheon for Army civilians.

The annual meeting concludes with retired Gen. Martin Dempsey, former chairman of the Joint Chiefs of Staff and former Army chief of staff, receiving AUSA’s highest award, the George Catlett Marshall Medal, at a dinner hosted by Phebe Novakovic, chairman of the AUSA Council of Trustees.

A downloadable app can provide schedule updates, exhibit floor maps and a searchable index of exhibitors:https://www.ausa.org/mobile. This year’s hashtag is #AUSA2019.