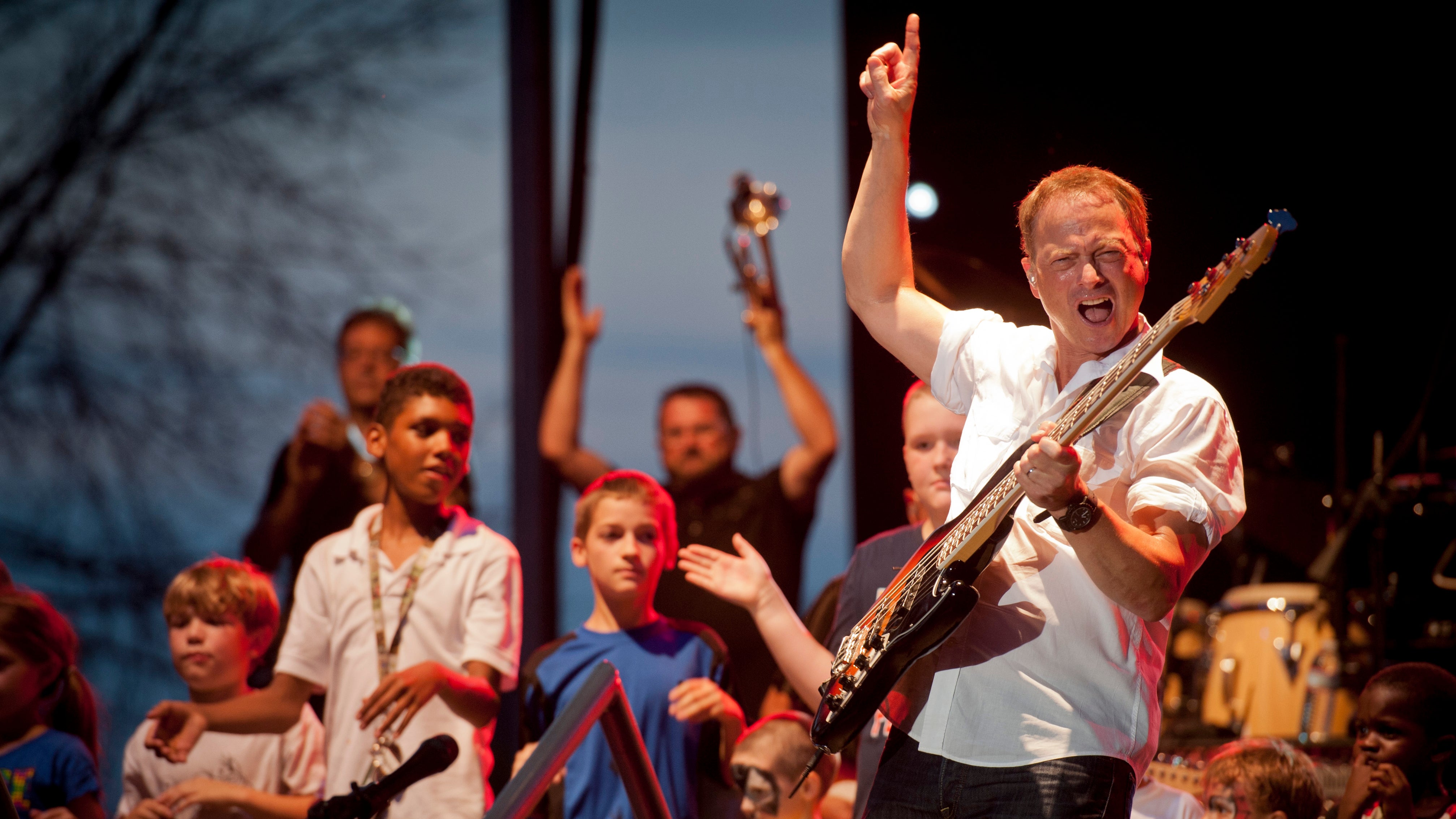 Gary Sinise & the Lt. Dan Band, known for performing cover tunes of rock and pop songs, will appear Tuesday, Oct. 9, at the Association of the U.S. Army’s Annual Meeting and Exposition in Washington, D.C.

The concert at the Walter E. Washington Convention Center will begin at 7:30 p.m. It is free to anyone registered to attend AUSA 2018. Register here: http://ausameetings.org/2018annualmeeting/

Concert attendees must pick up their entry badges before registration closes at 5 p.m. that evening or during other 2018 AUSA registration hours. It will not be possible to attend the concert unless you have earlier received an AUSA 2018 badge.

Veterans United is co-sponsoring the concert.

Sinise, an actor, director, humanitarian and musician who received AUSA’s highest award at the 2017 Annual Meeting, will perform with the band that he co-founded in 2003 with composer and musician Kimo Williams. The band’s bass player, Sinise received the George Catlett Marshall Medal last year for distinguished, extraordinary and selfless service to the nation.

Promotion material for the band says it plays “something for everyone,” citing a play list that includes pop, rock, Motown, soul and country.

A cash bar will be available. No opening act is currently scheduled.