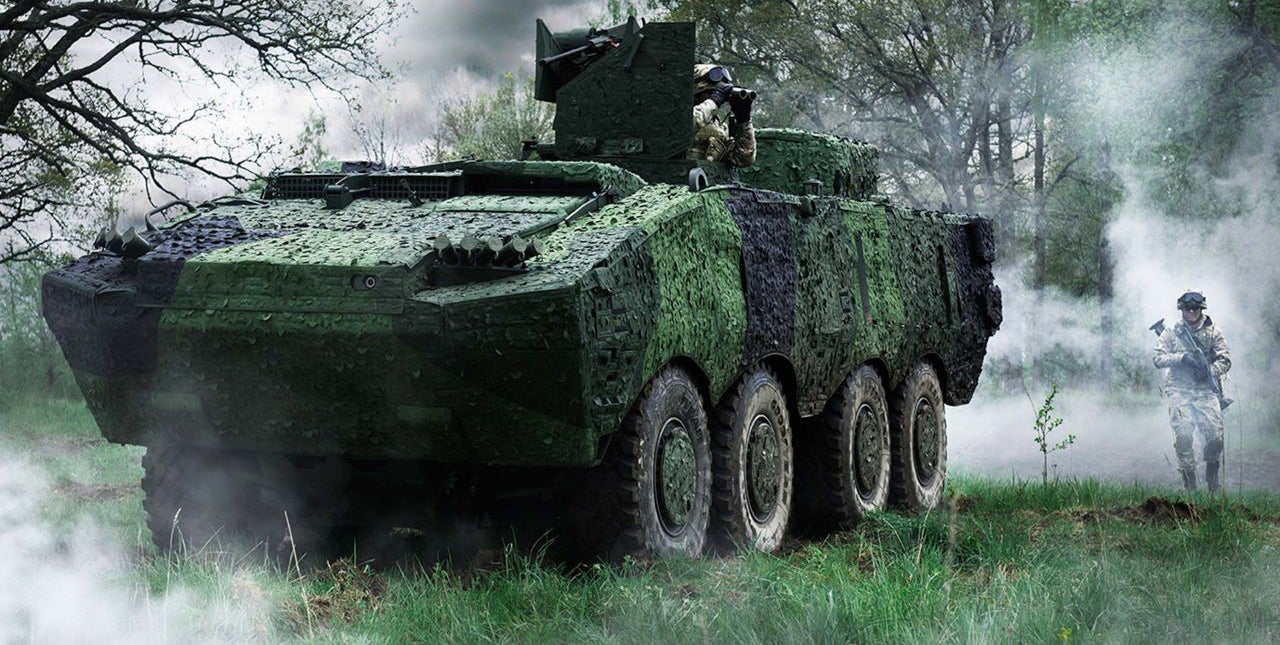 New industry designs to enhance soldier protection are one of the key exhibit hall themes during this week’s Association of the United States Army Annual Meeting and Exposition.

Saab Defense and Security, for example, is displaying its new Barracuda Mobile Breakaway camouflage system. According to Brian Keller, president and general manager of Saab Barracuda, the new system is already being fielded to U.S Special Operations Command (USSOCOM).

“When they are in a static position, the nets can be put out to provide multispectral protection against visual, thermal, near IR, shortwave infrared and broadband radar,” Keller said. “So it will defeat all of those sensors in a static position. Then, when they are ready to leave, they merely back up one foot, detach the front net, and then drive right out of the net. They can retrieve it if they want to, but if they are in such a mission that they will not return to that area it can just stay there.”

The company made its initial USSOCOM deliveries for the DAGOR combat vehicle version of the system two weeks ago with 55 more systems for the USSOCOM Ground Mobility Vehicle 1.1 slated for November delivery.

One protective solution already operating in theater is the Anti-UAV Defense System from Liteye Systems, Inc. The field mast version of the system is on display in the Orbital ATK booth. Four bottom panels provide 360 degree radar coverage while a positioner adds thermal and high definition daylight cameras, a directional inhibitor that focuses jamming power in a 20-degree cone and antennas for specific bands of effect.

According to Ken Geyer, Liteye vice president and co-founder, there have been “multiple systems downrange in combat since October of last year.”

“We have done over 500 ‘confirmed kills’ downrange already, including one day – the Army calls it ‘The Day the Drones Quit Flying’ – that we dropped over 70 drones during the Battle of Mosul.”

The presence in the Orbital ATK booth reflects program growth plans to integrate the program with that company’s M230 and XM813 30mm Bushmaster cannons, and to provide electronic and kinetic attack capabilities. The company’s “working title” for the dual-mode design is Tactical Robot Exterminator (T-Rex).