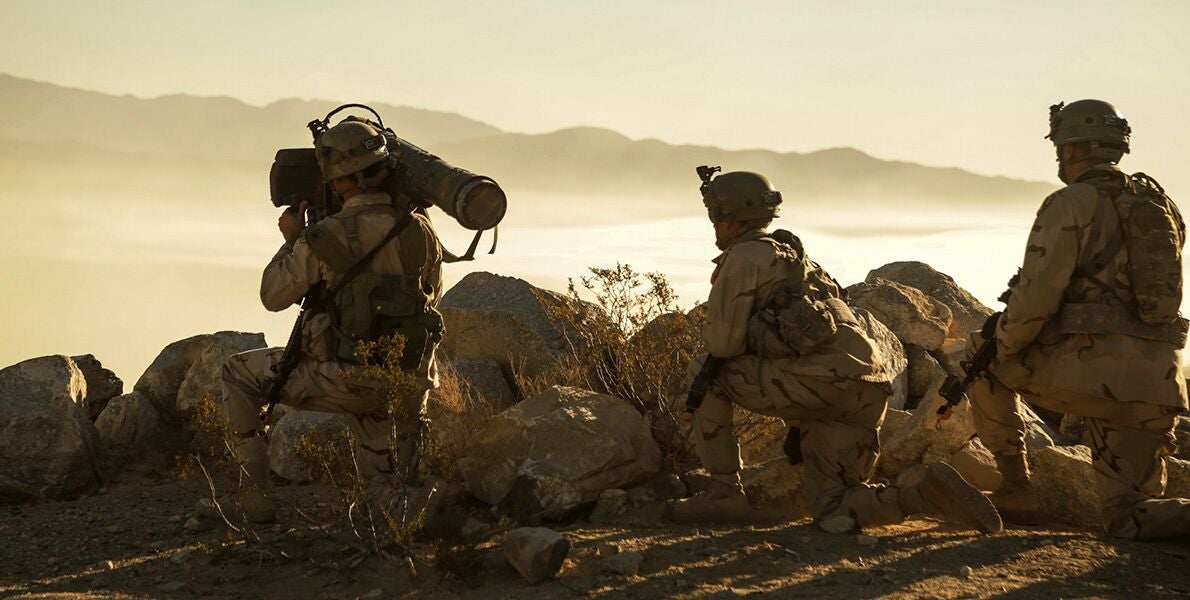 Two senior members of the Association of the U.S. Army testified before a House committee about managing force levels in combat theaters, and about the risk of degrading unit readiness and driving up operating costs if this isn’t done right.

Retired Gen. Carter F. Ham, AUSA’s president and CEO, and retired Lt. Gen. James Dubik, a senior fellow at AUSA’s Institute of Land Warfare, were asked to testify before a House Armed Services Committee subcommittee on oversight and investigations, which is looking into how troop caps are set for contingency operations.

Ham, who retired from active duty in 2013, served in active-duty assignments that included deputy director for force structure requirements for U.S. Central Command from 2001 to 2003; commander of Multinational Brigade North in Iraq from 2004 to 2005; and Joint Staff director for operations from 2007 to 2008.

Dubik, who retired from active duty in 2008, served his final assignment as commander of Multinational Security Transition Command-Iraq and NATO Training Mission-Iraq, which had the lead on training and developing all Iraqi security forces.

Caps on the number of U.S. troops who can be deployed to combat theaters like Iraq and Afghanistan—formally known as “force management levels”—can degrade unit readiness and drive up operating costs, Ham and Dubik said.

“I think there is utility in force management levels,” Ham said. “I think it’s in the application where we have difficulty sometimes.”

Dubik said a force management level should be the product of an extensive and thorough dialogue between civil and military authorities “of the range of options and risks.”

“If that process is aborted or an arbitrary force management level is set in lieu of having that kind of discussion … the result is generally a level of force that is unlikely to succeed,” Dubik said. “And that is not a good position to be in.”

Troop caps have been a mainstay of military operation since the Vietnam War. The troop cap in Afghanistan, now about 9,800, is due to drop in January to 8,448. In Iraq, the troop cap increased in September to 5,262 from 4,647, the third increase in that theater this year.

Ham and Dubik used the example of an Army aviation unit to illustrate the potential impact of troop caps on readiness. If most of a unit’s airframes and crews deploy but most or all of its maintenance personnel stay at home station, “there's a very real concern about how the maintenance personnel retain their proficiency,” Ham said. “For the most part, I think those skills would atrophy.”

In such instances, a common workaround for the military is to hire civilian contractors to fill the capability gaps in theater—which means the military essentially pays twice for the same services.

“We have those uniformed maintainers, we've paid for them, we've trained them, we've developed them, we've bought their equipment, but yet we then pay again to provide a contract maintenance capability in theater,” Ham said.

Dubik called that “a complex and very costly approach to conducting what could be, should be, a military task.”

He also noted that in addition to increased personnel costs, contractors are limited to performing the specific tasks of their contracts. In contrast, “a soldier who is a cook, a mechanic, a clerk, if you need additional convoy security people, there they are. A soldier deployed is much more flexible than a contractor.”

“From a purely military standpoint,” force management levels are “one way to manage the global force,” Ham said. “It does constrain unanticipated growth, so-called mission creep, from occurring without approval. But when activities are driven by a number, rather than by the mission, then I think we’ve got things out of whack and out of priority.”

Dubik said that during his active-duty service, he had been under troop caps three times, in Haiti, Bosnia and Iraq. “And each of those times, in my opinion, the force management levels were set correctly by the strategic objective. Not as high as the military commanders wanted but not as low as they are now. So, there is a role for these things. But … the strategic aim is really the key question. If the troop cap is not based on a strategic mission that the country can buy into, it’s going to be wrong regardless of whether it’s high or low.”