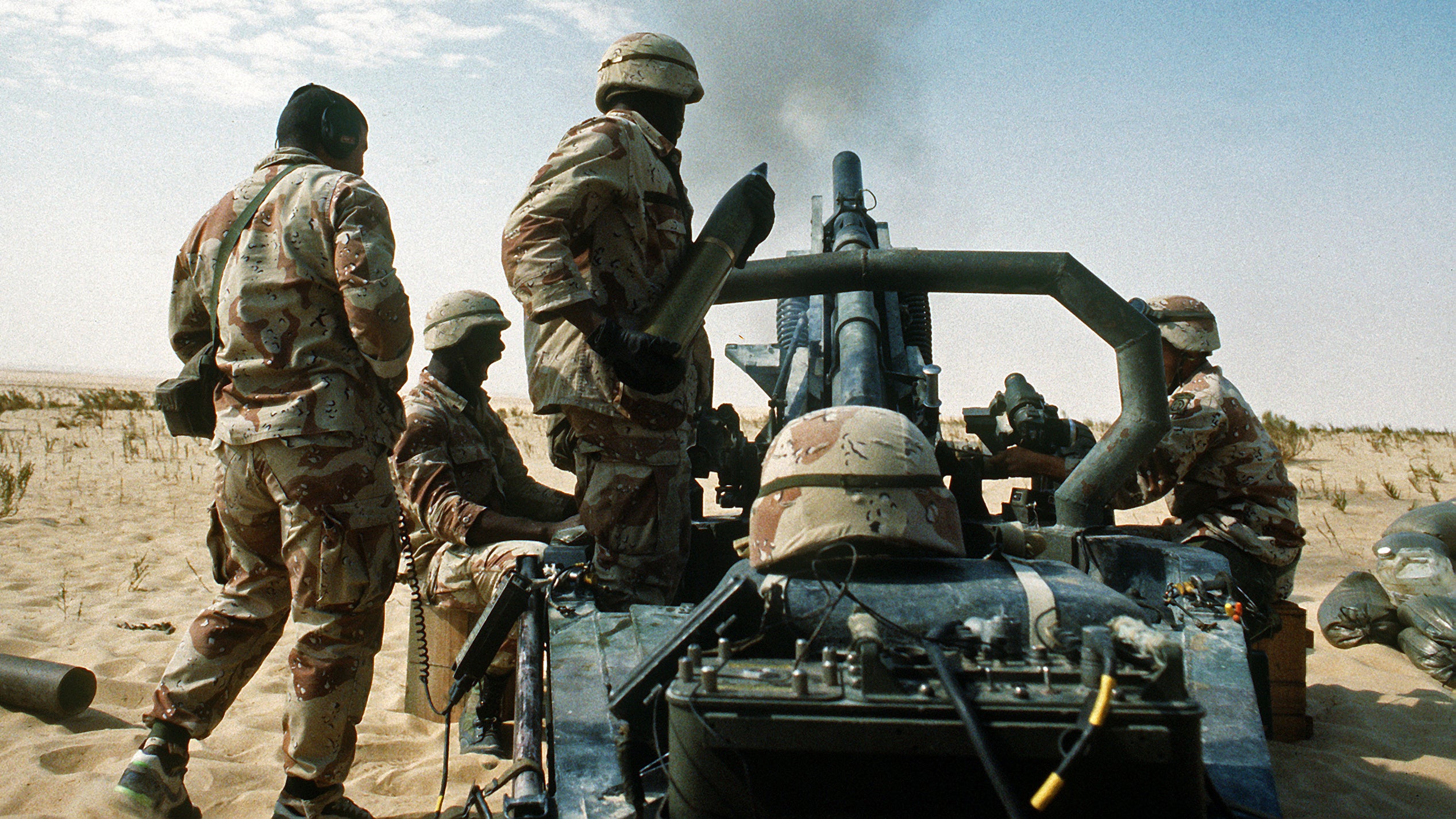 “I wanted to document the role of the artillery in this war because nowhere else had that story been fully told,” Lingamfelter said during a Thought Leaders webinar Aug. 4 hosted by the Association of the U.S. Army. “The role of the artillery has received scant treatment, when in fact it was a decisive contribution during eight days of raids and firing a huge artillery.”

Lingamfelter, a 1973 Virginia Military Institute graduate who served in the Army until 2001, said 17 field artillery battalions supported the 1st Infantry Division over eight days of raids on Iraqi positions Feb. 16–23, 1991. They traveled more than 6,800 miles and fired more than 9,200 cannon rounds and over 1,600 rockets in combined arms formations.

The author, who served in the Virginia State Assembly for 16 years after retirement, pointed out that the war was also “a real test of the doctrine developed to address a Soviet-era threat” and used against a Soviet-equipped surrogate Iraqi army.

“It was the first major conflict after Vietnam but has received footnote status,” he said, explaining why he wrote the book, published by University Press of Kentucky as part of the AUSA Book Program. “There was a good amount of [operational security] around what we did, so there wasn’t a lot of press and the information that was getting out was limited.”

Lingamfelter’s talk took place during the week that marks the 30th anniversary of the start of the war. In his book, he includes personal photos, maps and draws on information preserved in original battle reports.

To buy a copy of the book, go to www.ausa.org/resources/book-program