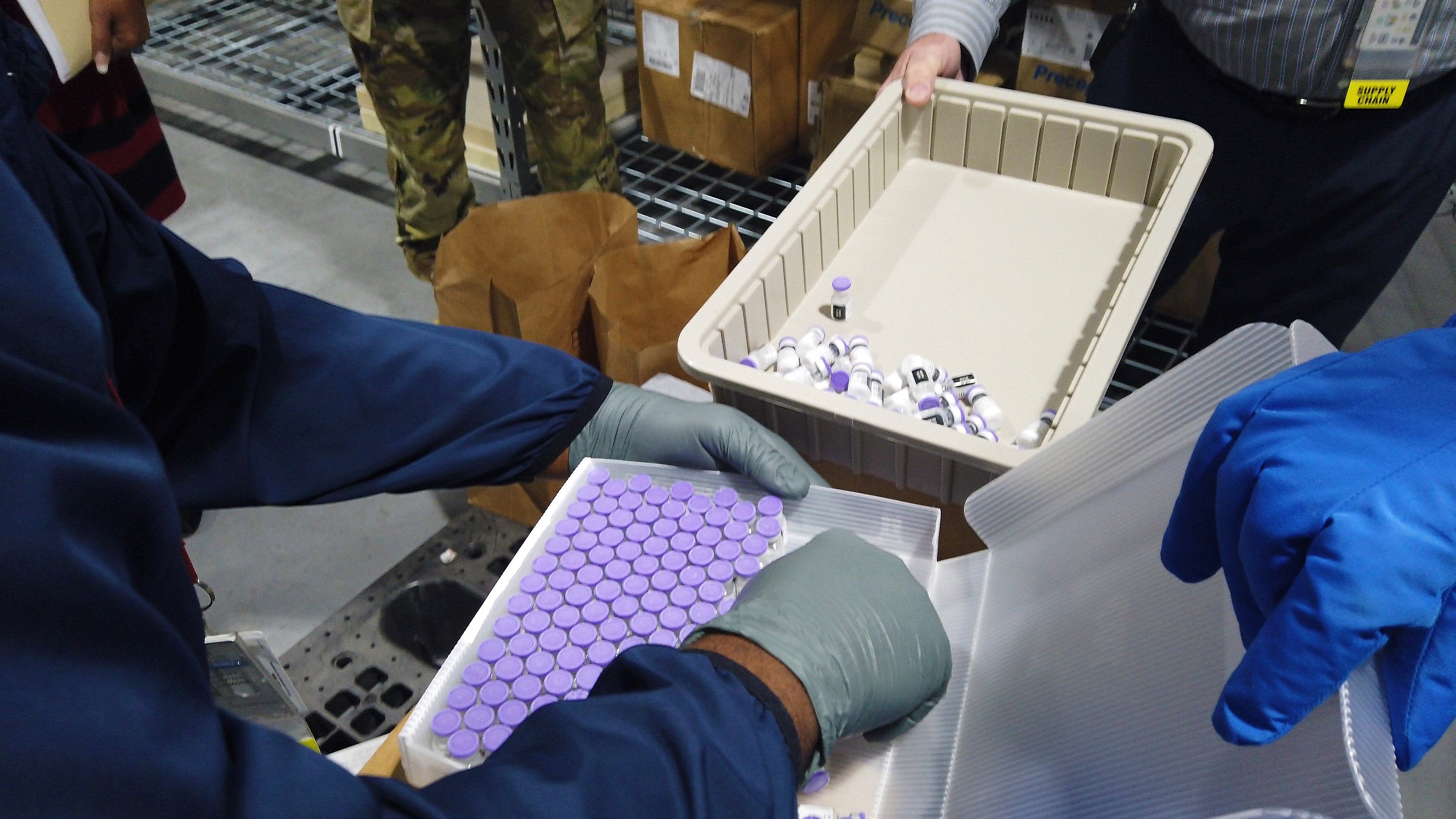 The Army began clinical testing this week on its COVID-19 vaccine, which its creators described as a unique option that targets multiple variants of the disease, according to an announcement from the Walter Reed Army Institute of Research.

The vaccine, known as spike ferritin nanoparticle or SpFN, was developed by scientists at the institute, which falls under the Army Medical Research and Development Command.

In the announcement, the Army said the vaccine “offers a flexible approach to targeting multiple variants” of SARS-COV-2, the virus that causes COVID-19, and possibly other types of coronaviruses as well.

In pre-clinical studies, the vaccine appeared to cause “highly potent and broad neutralizing antibody responses against the virus that causes COVID-19,” the Army said.

The current trial, which began April 6, has 72 adults ages 18 to 55, and some participants will be placed in placebo groups.

“We are in this for the long haul,” Dr. Kayvon Modjarrad, director of the Emerging Infectious Diseases Branch at WRAIR, said in the announcement.

Modjarrad, who leads the Army’s COVID-19 vaccine research efforts and co-invented the vaccine with WRAIR structural biologist Dr. Gordon Joyce, said SpFN was designed “as the next-generation vaccine” to address the current virus and future variants.

SpFN is part of Operation Warp Speed—the federal government’s effort to develop and distribute COVID-19 vaccines—and “builds on almost a decade of work” that was done for other coronaviruses and respiratory viruses, Modjarrad said during a previous interview.

While the Army’s COVID-19 vaccine couldn’t be on the same timeline as some of the other candidates, Modjarrad said his team had the benefit of seeing “the science in the field evolving.”

The team of Army researchers, he said, has been working on the vaccine “around the clock” to get it moving forward.

“We never sat around and said, ‘Well, you know, someone else will make a vaccine for our troops and our civilians,’ ” Modjarrad said. “This is what we trained for.”

Modjarrad said the vaccine candidates available to the public will have an impact on fighting COVID-19, but how quickly and how big that impact is will depend on the usage.

“What we do know is these vaccines do work in preventing disease, and they are safe in terms of being tested on more than [30,000] or 40,000 people,” Modjarrad said. “There have been no safety concerns.”