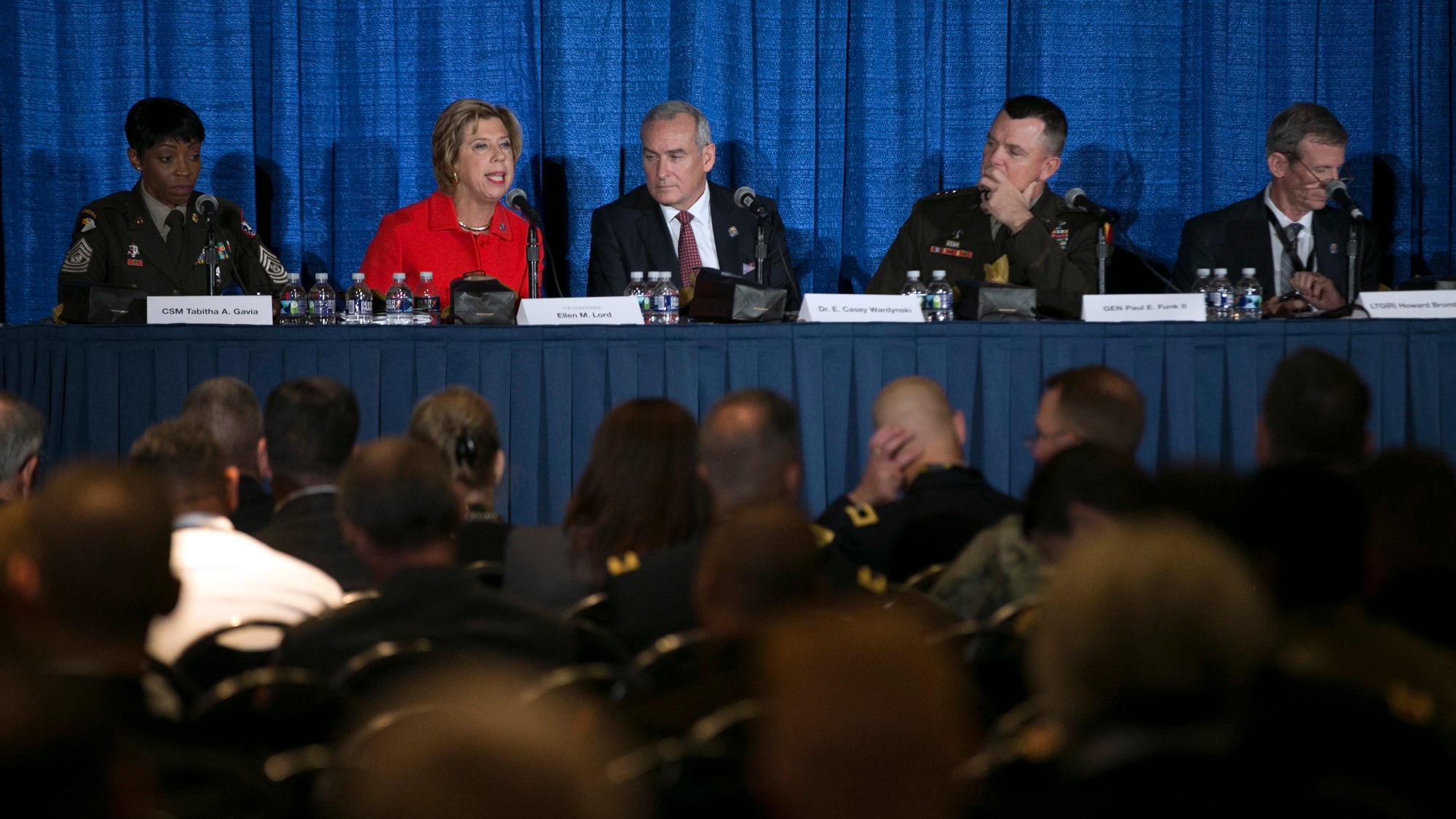 A new marketing campaign and a focused effort to bring in the right soldiers by getting the right recruiters on the job are part of the Army’s multi-pronged effort to make people a top priority.

What’s Your Warrior? is the question posed by a new marketing strategy designed to use the concept of talent management to reach people who are unaware of what the Army does and what careers it offers.

The campaign’s main image is one of five figures in silhouette who have different jobs in the Army. The campaign will have a new color scheme that doesn’t include the traditional gray, black and blue colors.

“We have a new look headed your way, you will learn more in the coming weeks, but the Army is taking the next step,” said E. Casey Wardynski, assistant secretary of the Army for manpower and reserve affairs, in “The Army is People,” a panel discussion at the Association of the U.S. Army’s Annual Meeting and Exposition.

“This is why it’s important that we follow through with identifying the right folks to be recruiters. We recognize that we should be able to do this mission with considerably less people, probably about 2,000 less people than we have now,” said Command Sgt. Maj. Tabitha Gavia, the senior enlisted adviser for U.S. Army Recruiting Command.

The effort, she said, is “in the infant stage in how we are going to select the right recruiters, because not everyone’s cut out for it. It’s challenging” to find the right people to talk with people for three years and convince them to become part of the Army team.

Gavia said social media must be leveraged more efficiently and pointed out that “you do not need four walls to recruit.”