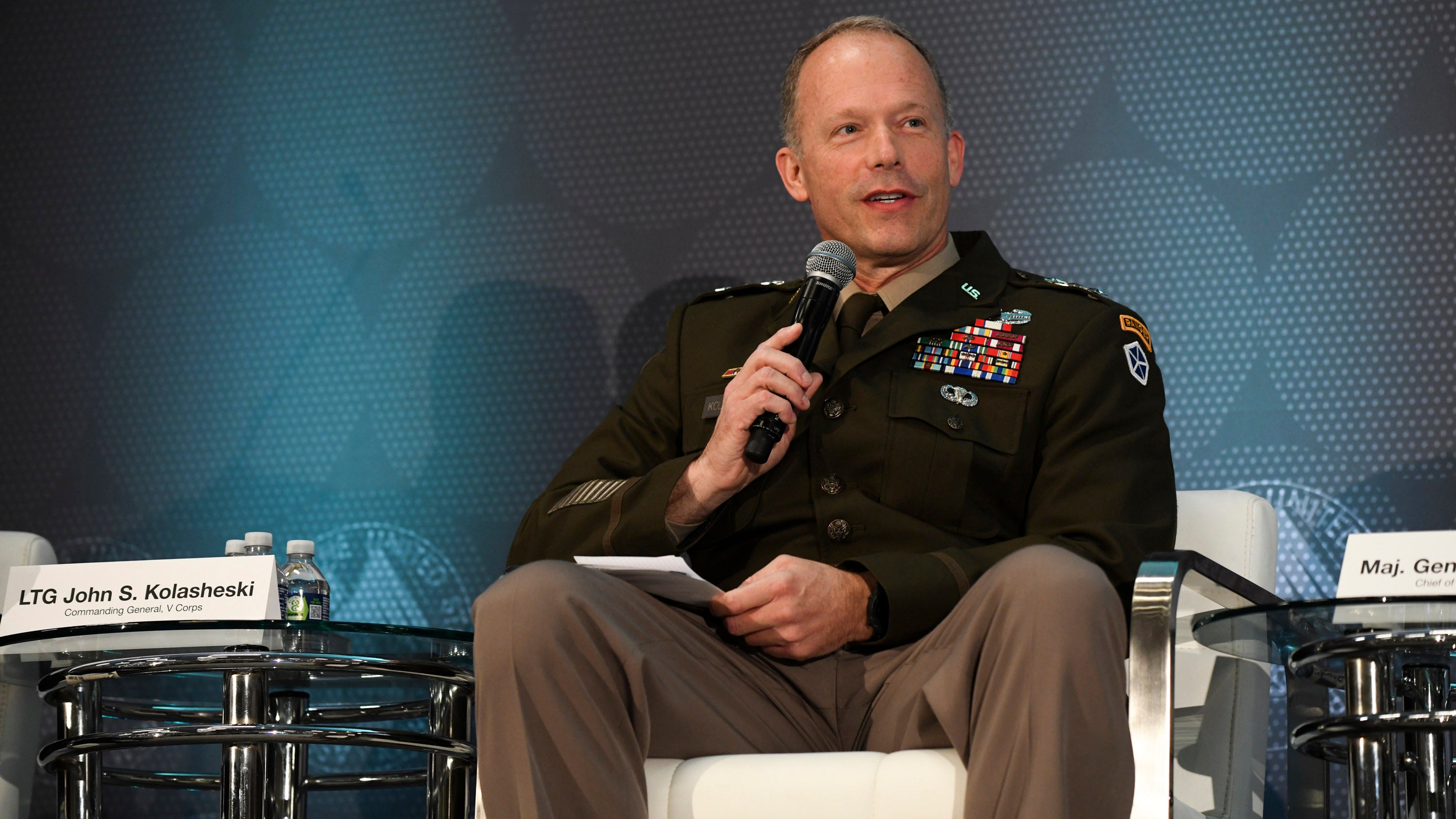 As they observe the brutal Russia-Ukraine war from the sidelines, U.S. Army units in Europe have been making moves to update components, become more combat-effective and better integrate with allies on their “home turf.”

Lt. Gen. John Kolasheski, commanding general of the Army’s recently reactivated V Corps, said that the consolidation of NATO's Allied Land Command under Gen. Darryl Williams, commander of U.S. Army Europe and Africa earlier this year—the first time Land Command has been led by a four-star general—was one of a number of strategic steps being taken to “set the theater” for possible future conflict.

On the heels of the minimal-notice deployment of the Army’s 1st Brigade Combat Team, 3rd Infantry Division, to Europe at the end of February following Russia’s invasion of Ukraine and the corresponding mass activation of Army prepositioned stocks on the continent, Kolasheski said, the service is set to christen another preposition stockpile next year. Located near Powidz, Poland, APS-2 will contain equipment for a modernized brigade combat team, he said Oct. 12 during a contemporary military forum at the Association of the U.S. Army’s Annual Meeting and Exposition.

Meanwhile, existing units are getting upgrades. The 2nd Cavalry Regiment is undergoing upgrades now to equip it with the Army’s Integrated Tactical Network, and next year, Kolasheski said, the 12th Combat Aviation Brigade will swap out its aging AH-64D Apache helicopters for new AH-64E models.

But as Kolasheski and other panelists stressed, working seamlessly with partners in Europe is just as important as having the right equipment to fight.

Brig. Gen. Joseph Hilbert, commanding general for the Army’s Germany-based 7th Training Command, said the Army was committed to bringing members of allied militaries into its training centers and courses in the region at an increasingly junior level to foster integration and familiarity. He also cited Allied Spirit, a massive multinational exercise hosted by the Army’s Joint Multinational Readiness Center in Europe.

“In our Allied Spirits, we’re going to take an allied brigade, and we’re going to put them in the training center and run them through a rotation and provide them with a U.S. battalion attached to them, as well as a host of other allies and partners,” he said.

Maj. Gen. Lars Lervik, chief of the Norwegian army, said he appreciates the way joint training, particularly in the High North, has become more focused on execution of possible combat scenarios and mission rehearsals, rather than simply opportunities to acclimate to fighting in the cold. He cited the Army’s Swift Response exercise, in which the 4th Brigade Combat Team (Airborne), 25th Infantry Division, since reflagged as the 2nd BCT, 11th Airborne Division, departed Alaska and flew to Norway over the North Pole.

“Make no mistake, our eastern neighbor notices these exercises,” he said.