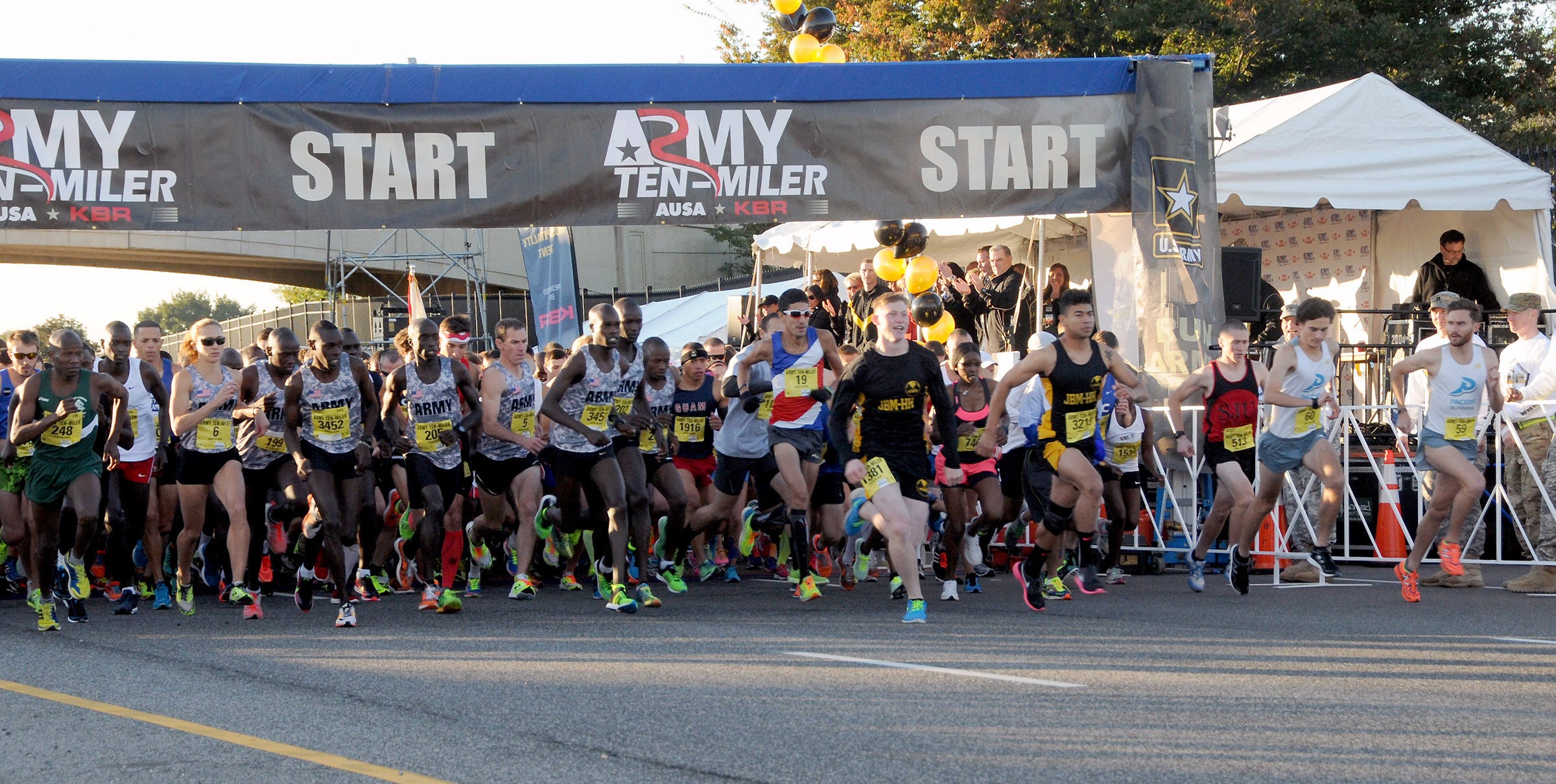 General registration for the 2017 Army Ten-Miler opens at 7 a.m. Eastern on Wednesday, May 24.

There are 25,000 open slots remaining after 10,000 were claimed in an earlier priority registration period.

Race organizers warn all slots are filled within one or two days after registration opens. The 10,000 priority registration slots were filled in half a day.

Runners must be 15 years old on race day.

The road race will be held on Sunday, Oct. 8, the day before the start of the Annual Meeting and Exposition of the Association of the U.S. Army, which has been a race sponsor since the event started 33 years ago.

The Army Ten-Miler starts and ends in Arlington, Va., with a course that sends runners through Washington, D.C. Shadow runs are held throughout the world.