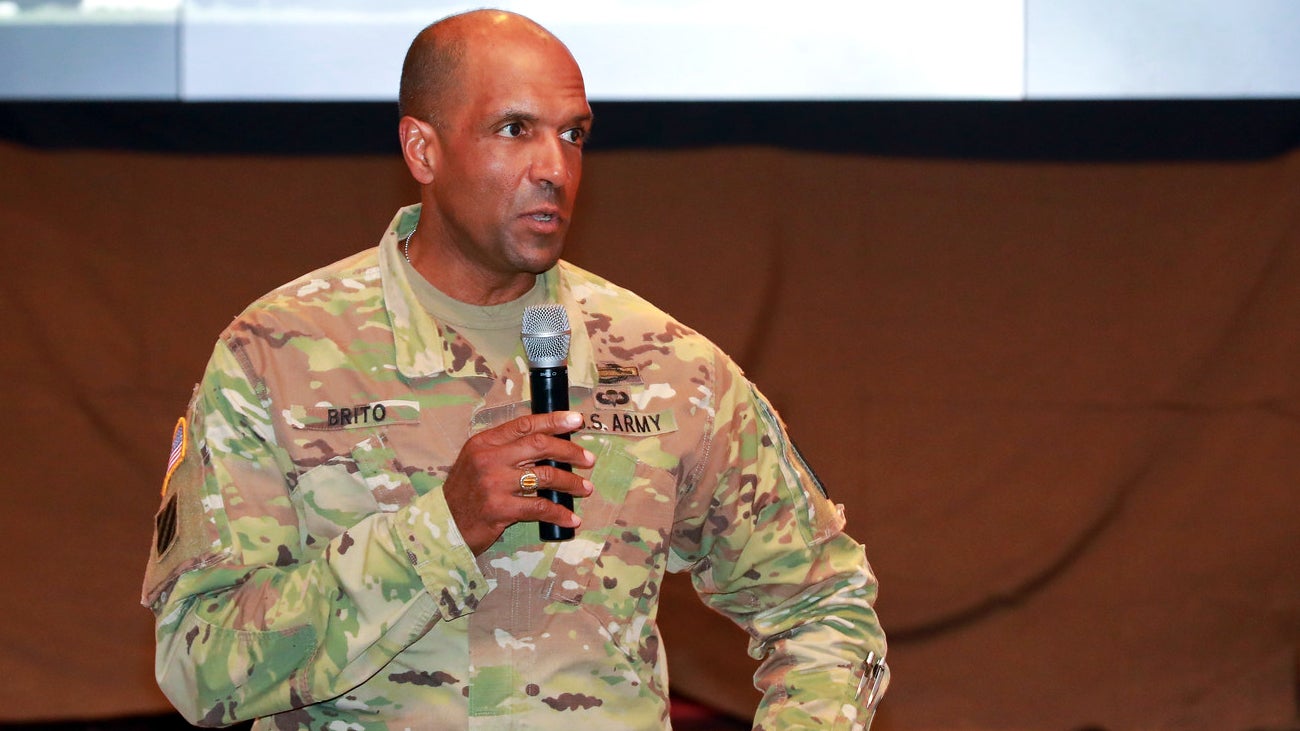 The Army’s top personnel leaders are stepping up efforts to identify and break down barriers to career advancement as the service continues to prioritize diversity, equity and inclusion in the ranks.

Lt. Gen. Gary Brito, deputy Army chief of staff for personnel, said he sees this moment of change in the country and the Army as a “dry-erase board opportunity, a clean slate to look very closely at all of our talent management policies, processes and practices in place now and apply them to a rich, diverse talent, which we’re competing for across the Army.”

Brito, who took over as the Army’s chief personnel officer last month, said he wants to be sure there are “no barriers to opportunities, no barriers that will prevent anyone from achieving all they have talent for once that talent is identified. It’s a great opportunity to look at all our talent management processes.”

In a departure from the way the Army once looked at the aggregate force by gender, Wardynski pointed out that Army leaders “no longer think that way” as women can now serve in any specialty in the Army.

He pointed to the Army People Strategy published 14 months ago and said it is now in the implementation phase. Rather than seeking a way for diversity, equity and inclusion to support the strategy, the Army is looking at how the strategy can “support those attributes we aspire to in our country. We want an Army that does the same.”

“Much more than worrying about gender, race, religion, sexual orientation, those sorts of things that limited us in the past, we aspire to be untethered from those things in a world where we can look at what an individual can bring to the table,” Wardynski said.

Beach noted that the Army Values already speak to what the Army wants to achieve in its quest for equity. In combing through the Army’s talent management policies, he said, one priority is taking a new approach to increasing diversity in the officer ranks by identifying and mitigating any barriers and allowing “people to determine what success is.”

“We tend to look at numbers and say if we don’t have X representation, does that mean we’re not a diverse organization? But I think part of what’s missing sometimes is the notion of choice,” Beach said. “We want people to be able to succeed and partner with them, but they also have to have a choice in what that path looks like.”