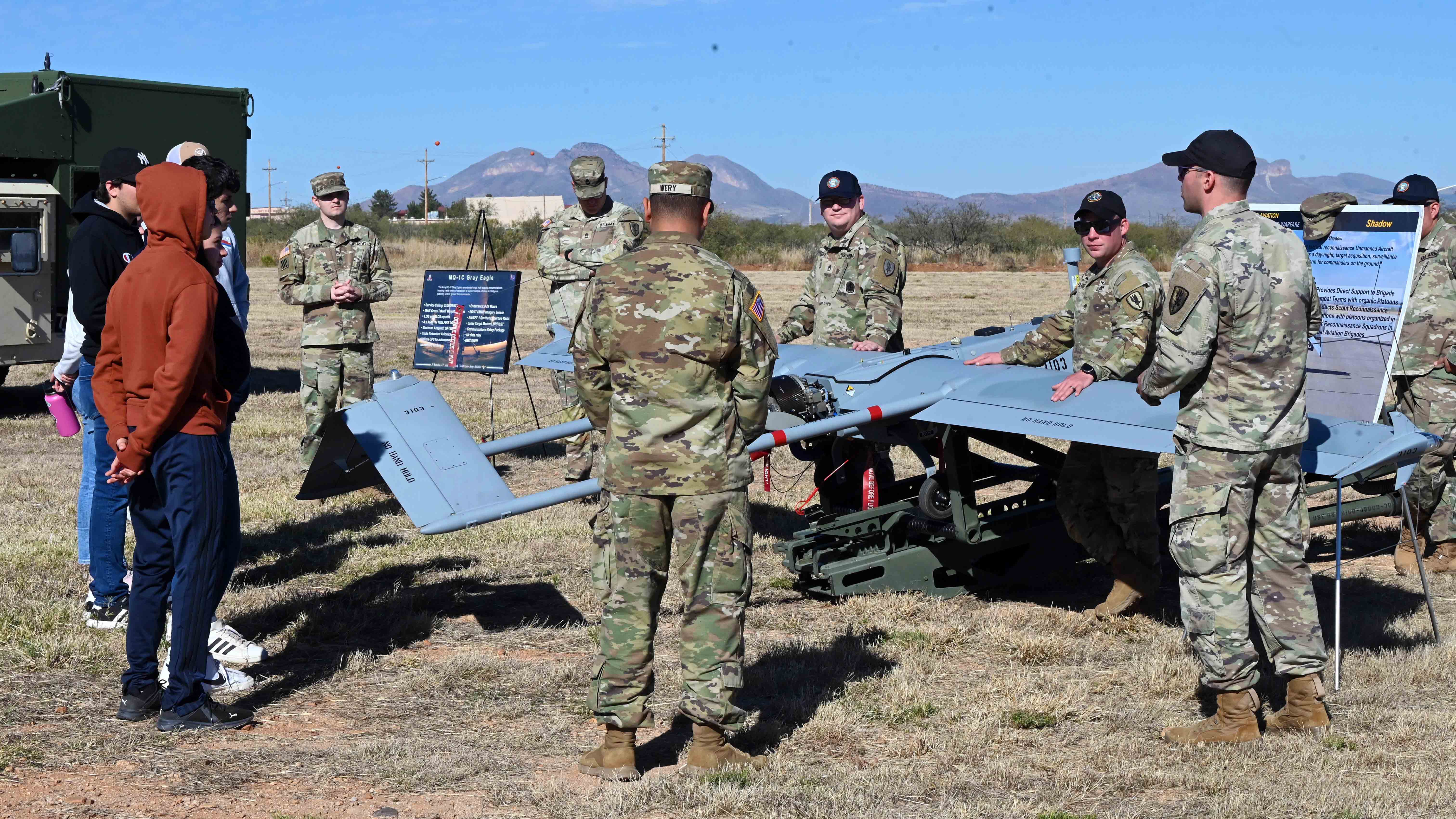 Army recruiters are back “full blast” in high schools across the country, but meeting the service’s end strength goals this year will be a challenge, the officer in charge of recruiting said.

Maj. Gen. Johnny Davis, who took command of Army Recruiting Command on Oct. 5, said that access to high school students varies but is ramping up following more than two years of mostly virtual recruiting because of the COVID-19 pandemic.

That gap has cost the Army “access to an entire generation,” he said, adding that recruiters are now gaining more ground with juniors and seniors in a wholesale effort to “reintroduce the Army back to our American public.”

“We are full blast back in our schools to try to reconnect,” Davis said during a webinar hosted by the Heritage Foundation.

The difference between fiscal 2022, when the Army fell short of its recruiting goal by 15,000 soldiers, and the current fiscal year, he said, is that “there is a complete focus on recruiting” by Army senior leaders.

The outlook for this recruiting year, during which the Army hopes to bring in 65,000 new soldiers, is bleak. Some of the challenges, such as obesity, poor test scores and behavioral issues, have lowered to 23% the young people qualified to serve.

There is competition from the private sector, with more employers offering bonuses, higher hourly wages and education benefits, and only 9% of young people are willing to serve, an all-time low.

Beth Asch, a senior economist with the Rand Corp., said during the webinar that some of these issues are “red herrings” and not the cause of recent recruiting problems.

Propensity to serve, she said, “is low, and that is an issue, but propensity has always been low,” and recruiting has succeeded in spite of it. She suggested that there are important aspects of the civilian economy that may not be fully understood yet.

Pointing out that recruiting has been “going well for a number of years,” Asch said that rising civilian earnings, the low unemployment rate and the effects of the pandemic, which may have skewed how people see work in general, may have contributed to the recruiting crisis.

“I think the entire recruiting establishment, not just the Army, has ignored some of these civilian trends,” she said. “We’ve heard about the great resignation … and we know that young men are less likely to go to college, so what are these young men doing? There’s research in labor economics, but that hasn't been brought to bear on recruiting.”

In addition to the Army’s recruiting mission, Davis is reviewing the needs and experiences of Army recruiters. He has received 44,000 responses to an eight-question survey he sent out to more than 9,000 recruiters.

Quality of life, promotion points and extra pay were among the issues raised, but recruiters also said that their jobs are made harder by the hurdles young people have to navigate to join, such as the deep background medical screening and difficulties in getting waivers.

Processing these issues can take 90 days, during which many potential recruits are walking away, the recruiters said. Many suggested it’s time to retrain the recruiting force post-pandemic, Davis said.

Still, Davis remains optimistic that the Army will soon overcome the crisis.

“We are starting to see some movement in the right direction,” Davis said. “Is it where we need to be to close the entire gap? No, this is going to be a challenging fight. But I see it in each of [the recruiters’] eyes that they’re getting after it. … They’re going to crush it, and we’ll make history.”