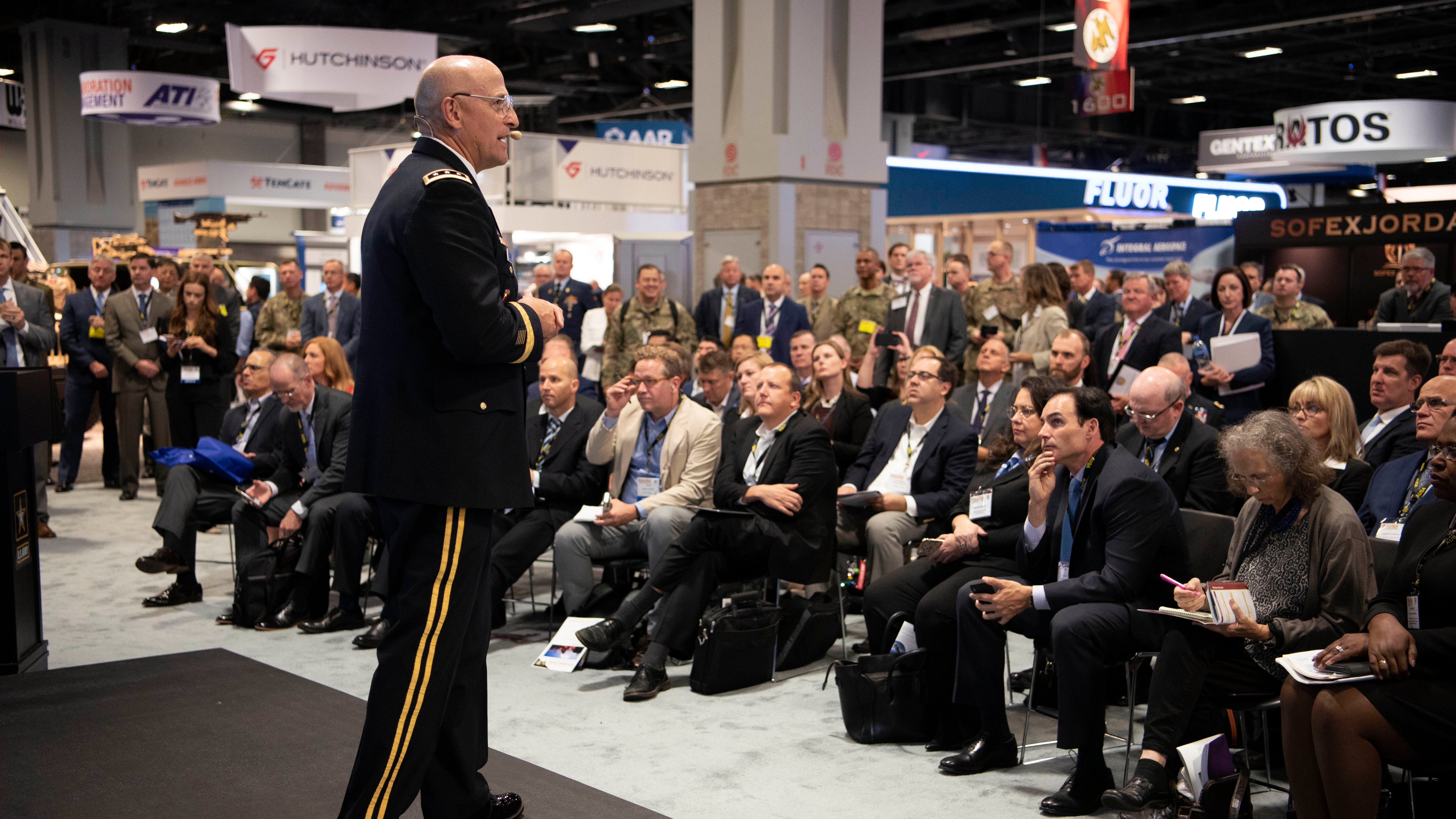 The U.S. Army Rapid Capabilities and Critical Technologies Office utilized the AUSA 2019 Warriors Corner to provide an update on the introduction of new hypersonic and directed energy technologies to the force.

“The purpose of the [RCCTO] is to move stuff from the science and technology community into prototypes at the unit of action level,” explained Lt. Gen. L. Neil Thurgood, director of hypersonics, directed energy, space and rapid acquisition at the RCCTO. “We take stuff that is done or near done, produce a prototype and give it to a combat unit, so they can try it in the field.”

The Army is working on a small number of prototypes for a new hypersonic missile system.

According to Bob Strider, deputy director for the Army Hypersonic Project Office, the term “hypersonics” refers to anything moving at more than five times the speed of sound.

“The physics and the science behind it is very interesting, in that when you fly through the atmosphere at these kinds of speeds, you have a huge amount of heat you have to deal with and manage,” he stated. “And we’ve managed to conquer that hurdle.”

As a result, he said, the Army will receive “an experimental prototype with residual combat capabilities by 2023.”

That prototype system will consist of a battery with four launchers based on an Army trailer already in the inventory. Each trailer will carry a two-pack of missiles, translating to a basic load for the first battery of eight missiles. The associated battery operations center is taken from the existing Army Advanced Field Artillery Tactical Data System.

“One of the key points to this is that the Army and the Navy are in absolute commonality with this,” he said. “So, the booster we will use to launch it and the hypersonic glide body at the front end will be absolutely common with the Navy.”

“The reality is we’re not doing anything much different from what we had planned on doing,” he said. “We’re just accelerating, and we are investing more in the out years in order to develop that capability.”

In addition to the laser platoon prototypes, Robin noted some higher-power laser initiatives moving toward prototype fielding in fiscal 2024, as well as the potential of high power microwave technology, which he described as “particularly useful in addressing counter-UAS threats.”