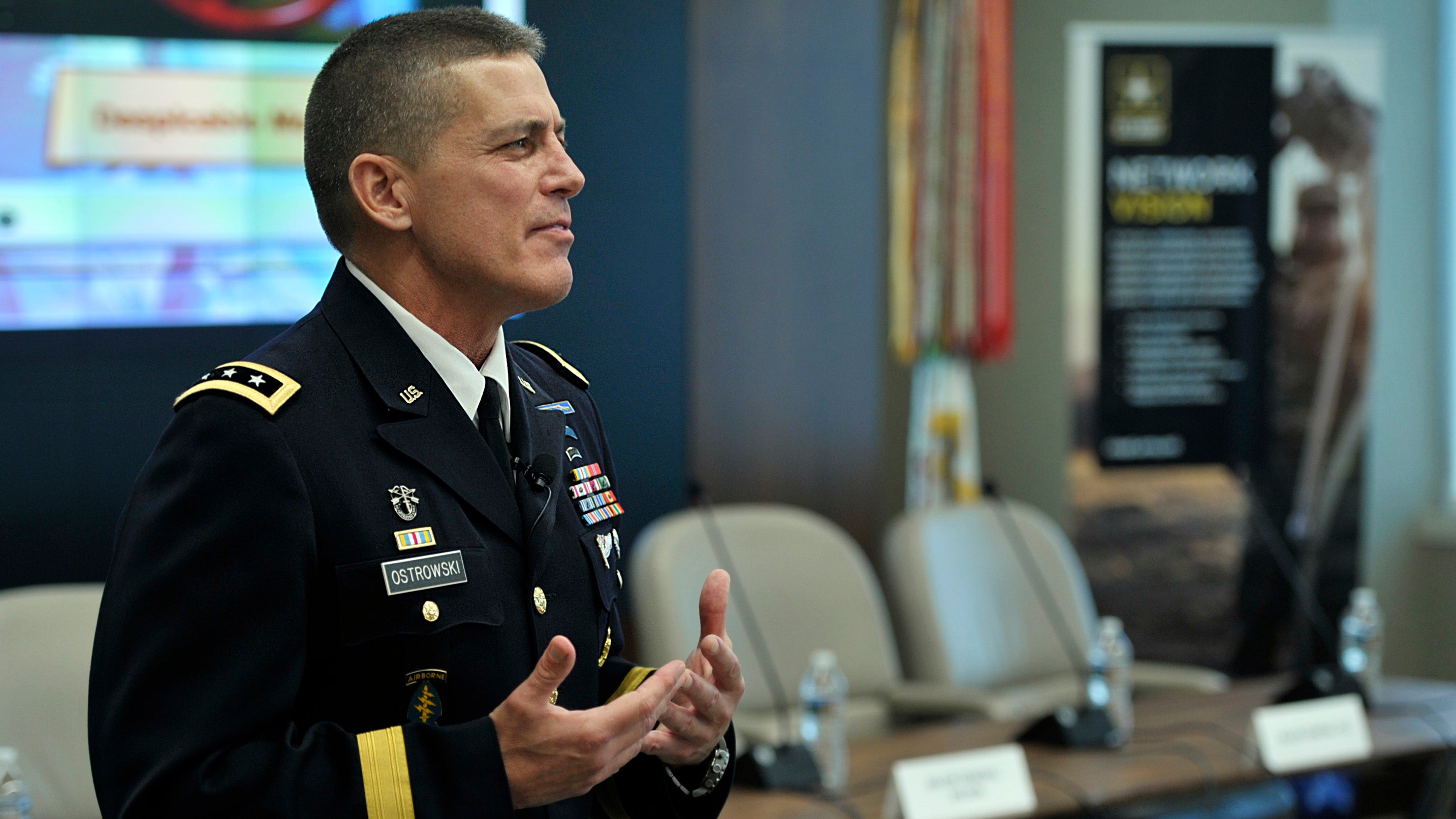 The Army is looking to create a simple, security data, voice and video communications network for the future that is “soldier-intuitive, soldier-operated and soldier-maintained,” something that can be used anywhere, anytime and is as simple to learn as a smartphone, says Lt. Gen. Paul A. Ostrowski, the principal military deputy to the assistant Army secretary for acquisition, logistics and technology.

Speaking at a daylong forum sponsored by the Association of the U.S. Army’s Institute of Land Warfare, Ostrowski said the Army is soliciting ideas from industry on how to create this leap-ahead network that would respond to a variety of threats and limitations now constraining communications—but he wants ideas, not products.

He spoke at an AUSA Hot Topic event in the General Gordon R. Sullivan Conference and Event Center in Arlington, Va., that focused on protecting the network and empowering warfighters. “This is serious stuff,” he said. “If we fail, we fail as a nation.”

Gary Wang, the acting Army chief information officer, said work on a new network comes as the Army has awakened to the fact it no longer has assured communications. The Army was “lulled into a sense of false confidence” and is now “having to play catch-up.”

Ostrowski said there are several requirements for the future network, including simplicity, reliability and deployability. It needs to be easily upgradeable, secure from intrusion and accessible to allies. He doesn’t want contractors to be responsible for the network. It needs to be installed, used and maintained by soldiers, he said.