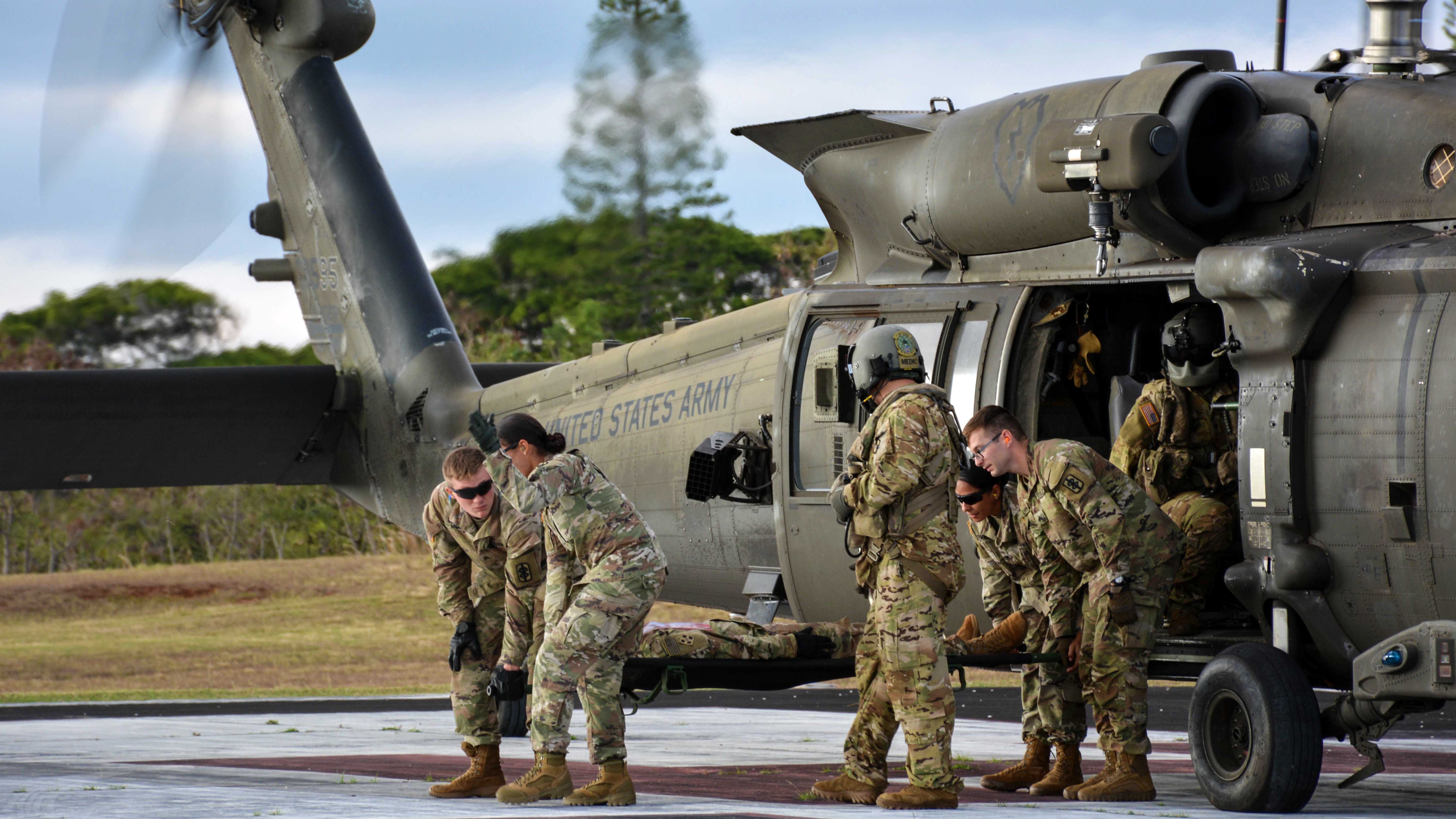 Army medical researchers are working to develop new capabilities as the force prepares for a more lethal but austere future battlefield, a senior medical officer said.

Working with the expectation that battlefield casualties will need life-saving care farther forward for longer periods of time, the Army is looking for new capabilities suited for use in austere environments and will leverage emerging capabilities such as unmanned vehicles.

“We’re developing innovative technologies that augment, assist and amplify the capabilities as far forward as possible,” Brig. Gen. Anthony McQueen, commander of the Army Medical Research and Development Command, said during a recent Association of the U.S. Army event.

Addressing blood loss, the primary cause of preventable death on the battlefield, McQueen pointed out that there’s never been “an exact science” other than provider observation for determining the amount of blood lost and when a patient might go into shock.

“We’re working to change that,” he said, by developing technology that may have the ability to detect signs of shock before it’s clinically evident. “Ultimately, this type of technology will be used in patient triage and in situations when there is limited provider care as our future force prepares for conflict in multidomain operations.”

McQueen said the Army’s remotely operated vehicles that are currently being used for surveillance and reconnaissance missions will also be used to resupply forward teams with medical supplies. Other advancements such as medical robotics, artificial intelligence, autonomous systems and virtual health applications being developed at the command will be critical to prolonging life, he said.

The command also has teams focused on getting the right products into a medic’s aid bag, as well as enhancing human performance. Transformational technologies under development will help with en route care on autonomous platforms and with machine learning that can support organ function.

“The solutions that we create for these requirements will be crucial to the multidomain operations,” McQueen said. “MRDC’s unique assets will ensure that our forces are ready for all domains of battle—air, land, sea and space as well as the abstract domains of cyberspace, including the electromagnetic spectrum, the information environment and the cognitive dimension of warfare.”