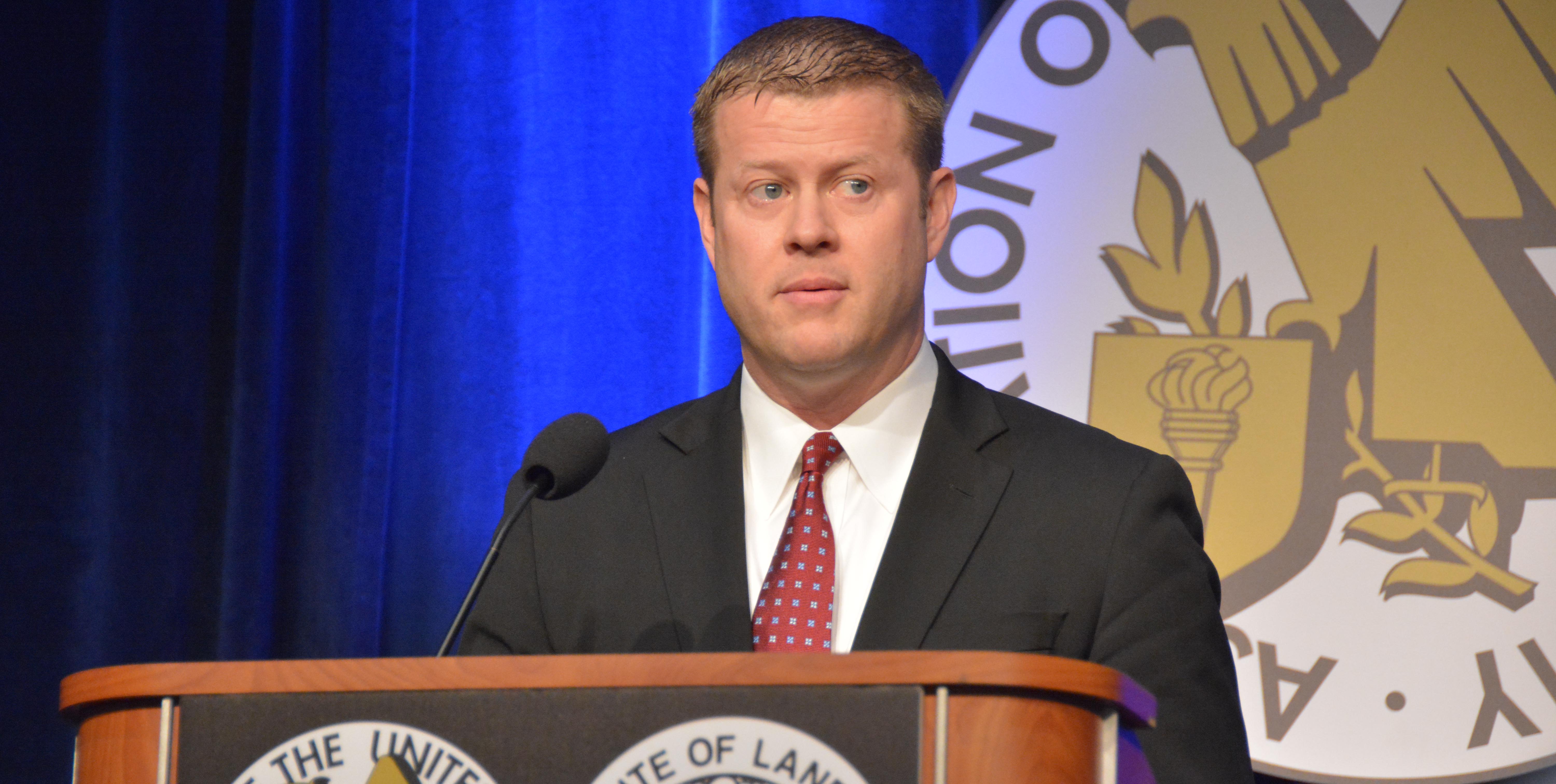 Top civilian executives who work with the Army should come out of their comfort zones in order to help the Army address urgent needs, Acting Secretary of the Army Ryan D. McCarthy said.

“We need a war of ideas,” McCarthy told members of the Senior Executive Service at a breakfast meeting today during the Association of the U.S. Army Annual Meeting and Exposition.

Underscoring the week’s theme of readiness and modernization, McCarthy told executives that the Army is armed with yesterday’s equipment while heading into modern battle zones.

“We have run out of time to talk,” McCarthy said. “Now is the time for action.”

A bureaucracy is inherently a slow-moving entity, McCarthy said. The process exacts a toll: “We become lumbering, risk-averse.”

The SES corps represents continuity, with its members holding the long-term view, McCarthy said. Now, he wants executives to take risks in order to help move the Army forward.

“I need your best and hardest ideas,” McCarthy said. “If you disagree with me, tell me.”

“We need to change our enterprise,” McCarthy said. “We haven’t really looked at our organization for 40 years. We need to adapt. That’s hard.”

McCarthy asked the civilian executives to help rewire the organization.

“Impart the sense of urgency to others,” McCarthy said. He encouraged them to scout for talent, and to mentor young people who are just entering government service.

The stakes are high, McCarthy said. “It’s about the soldiers who walk the battlefield.”

Those soldiers weigh on him heavily, the war veteran said.

Questions from audience members included queries on a range of topics.

One executive commented on the challenges of working with a Congress that does not unilaterally understand what the Army needs. Segments of Capitol Hill tend to look at the Army through a straw, and don’t get the whole picture, the executive said.

Another remarked on the challenges of recruiting from a shrinking pool of potential recruits.

Others wanted more information on the forthcoming Army command geared toward modernization. McCarthy and Army Chief of Staff Gen. Mark A. Milley announced the yet-unnamed new command Monday at the AUSA annual meeting.

“The Army needs you, and I need you.”