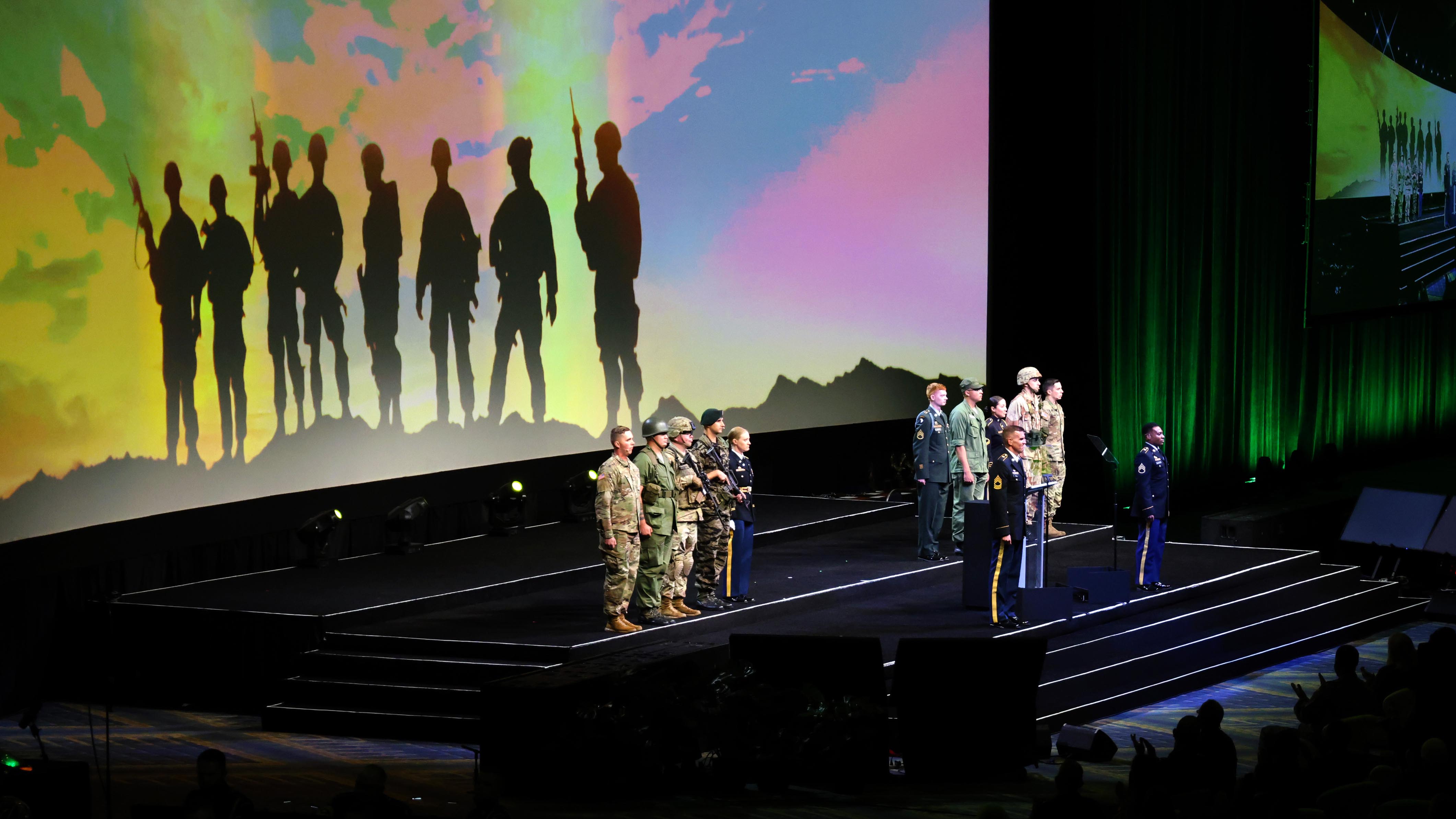 The first day of the largest annual land warfare exposition in North America features a keynote address by Army Secretary Christine Wormuth, the unveiling of the winners of the Army’s inaugural Best Squad Competition, and much more.

The Association of the U.S. Army’s 2022 Annual Meeting and Exposition is being held for the 19th time at the Walter E. Washington Convention Center in Washington, D.C. The three-day in-person event will take place Oct. 10–12 and feature more than 700 exhibits in five halls on both levels of the convention center.

“Building the Army of 2030” is the theme of this year’s meeting, marking a focus on the continued transformation of the force. This sweeping effort, which includes advances in training, doctrine, capabilities, technology and talent management, is expected to be the focus of Wormuth’s keynote speech during the opening ceremony, which begins at 9:30 a.m. in the conference center ballroom.

Winners of the Best Squad Competition, a new Armywide event, and the Soldier of the Year and NCO of the Year will be announced during a luncheon hosted by Sgt. Maj. of the Army Michael Grinston. Army Vice Chief of Staff Gen. Randy George is scheduled to speak at the event.

Gen. James Rainey, the new commander of Army Futures Command who most recently was deputy Army chief of staff for operations, G-3/5/7, and Lt. Gen. Milford Beagle, commander of the Army Combined Arms Center, will be among the experts featured on a second forum, titled “Army 2030—Preparing Today for Tomorrow’s Fight.”

There also will be a military family forum titled “My Army Life—Grit, Growth and Balance,” featuring Army and civilian experts and military spouses.

A Leader Solarium hosted by Army Chief of Staff Gen. James McConville and organized by AUSA’s Center for Leadership will take place in conjunction with the Annual Meeting. More than 120 specially selected soldiers are expected to attend. They will hear from Army leaders and civilian subject-matter experts, engage in small group discussions and provide feedback to senior Army leaders on opportunities and challenges facing the Army.

Presentations at the Warriors Corner, at the Army exhibit in Booth 6927 in Hall D, include discussions on Project Convergence 22, the role of the Army’s security force assistance brigades, data centricity and more.

At Innovator’s Corner, Booth 2361 in Hall B, the Army xTech Program will showcase winners and finalists from its technology search, with companies showing off new solutions to Army problems.

A new event at this year’s Annual Meeting is AUSA CyberWorld, which brings together top thinkers and practitioners in all things cyber, from cybersecurity to cyberwarfare. Located in Booth 7615 in Hall E upstairs, CyberWorld will feature presentations, conversation and debate on the top cyber issues of the day.

There also will be a veterans hiring event called “Your Next Mission.” Formerly known as Warriors To The Workforce, it will run from 9 a.m. to 3 p.m. every day of the annual meeting at Booth 261 in Hall A. The free event aims to help veterans, transitioning service members and military spouses find employment.