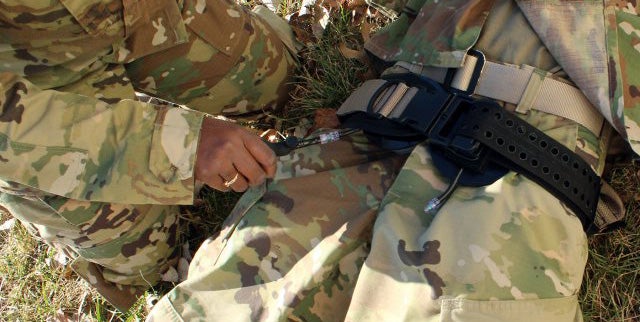 If you’ve been impressed by an innovation that hit the field during the more recent fiscal year and proved to be a boon to unit or individual readiness, the Army wants to hear about it.

The Army Materiel Command is taking nominations for the fiscal 2016 Army’s Greatest Innovation Awards Program, which aims to recognize new and innovative technologies, inventions, techniques and procedures developed by the Army’s research and development and science and technology communities–and also by soldiers in the field.

Nominations are being accepted in three categories: individual-civilian; individual-soldier; and group, which can be civilians, soldiers, or a combination. Submissions will be accepted through Jan. 15. Winners will be announced at the Association of the U.S. Army Global Force Symposium and Exposition, scheduled for March 13-15 in Huntsville, Ala.

Recent innovations recognized by the program include a new junctional tourniquet for severe wounds and a Ballistic Combat Shirt.

Nominations packages must be emailed to [email protected].

The awards program honors the late Maj. Gen. Harold J. Greene, former deputy for acquisition and systems management in the Office of the Assistant Secretary of the Army for Acquisition, Logistics and Technology, who was killed in Afghanistan in 2014. At the time, he was serving as deputy commanding general of Combined Security Transition Command-Afghanistan.