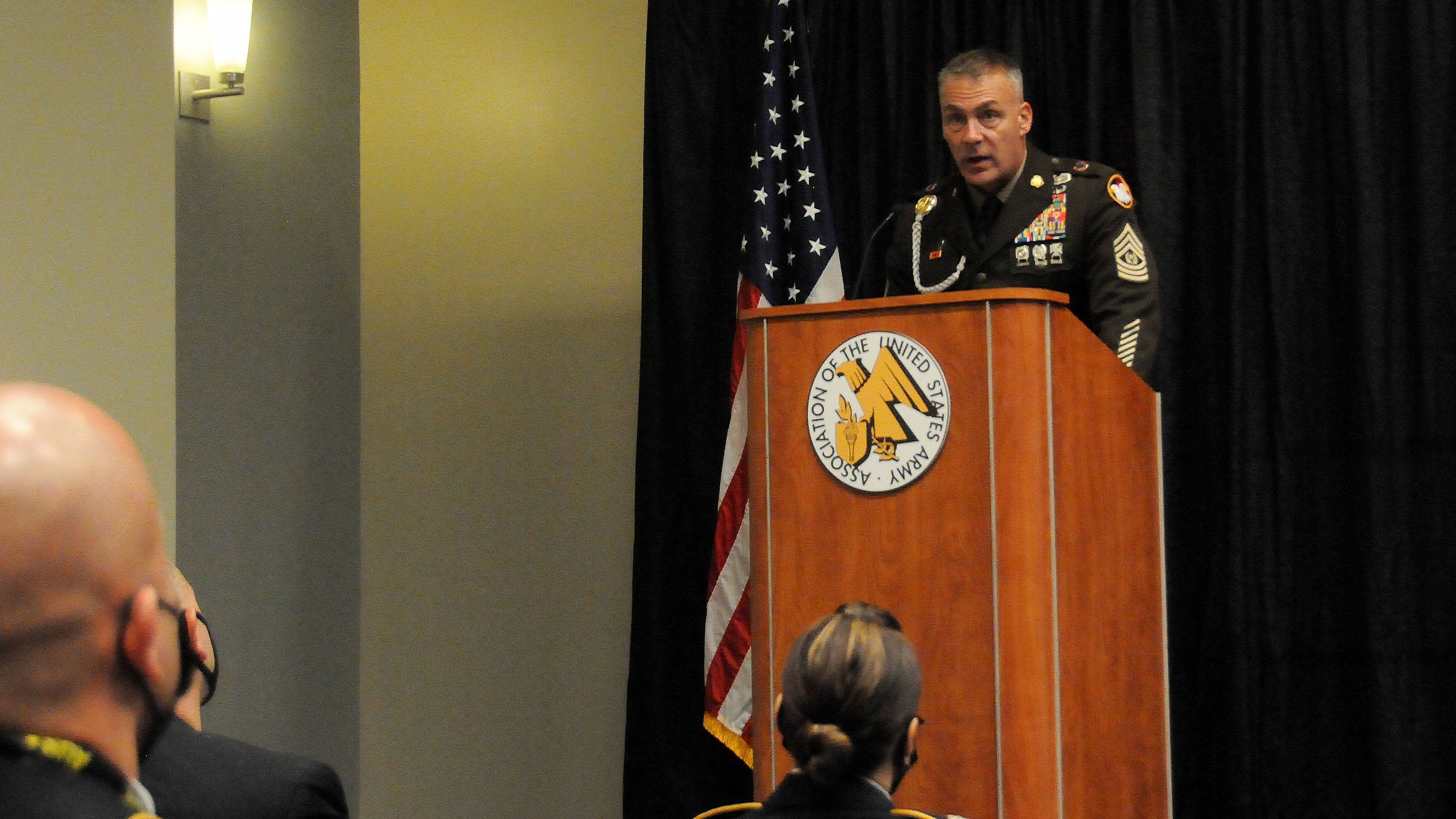 The senior enlisted leader of the Army Reserve will speak Dec. 13 during a webinar hosted by the Association of the U.S. Army.

Command Sgt. Maj. Andrew Lombardo’s presentation is part of The AUSA Noon Report series. The event begins at noon Eastern. It is free, but registration is required here.

The theme for the event is “Growing the Force for Tomorrow’s Army Reserve,” and Lombardo will discuss topics such as recruiting, retention and the This is My Squad initiative.

Lombardo, who was selected in June 2020 to be the Army Reserve’s 14th command sergeant major, enlisted as a military police soldier in 1985 and has served six overseas deployments, including to Iraq, Afghanistan and Bosnia.

A 2006 graduate of the Sergeants Major Academy, Lombardo most recently was the command sergeant major of the 200th Military Police Command at Fort Meade, Maryland. He also has served as the senior enlisted leader of the 99th Readiness Division, the 100th Training Division and the 333rd Military Police Brigade.

In his civilian career, Lombardo is a deputy inspector with the New York City Police Department.