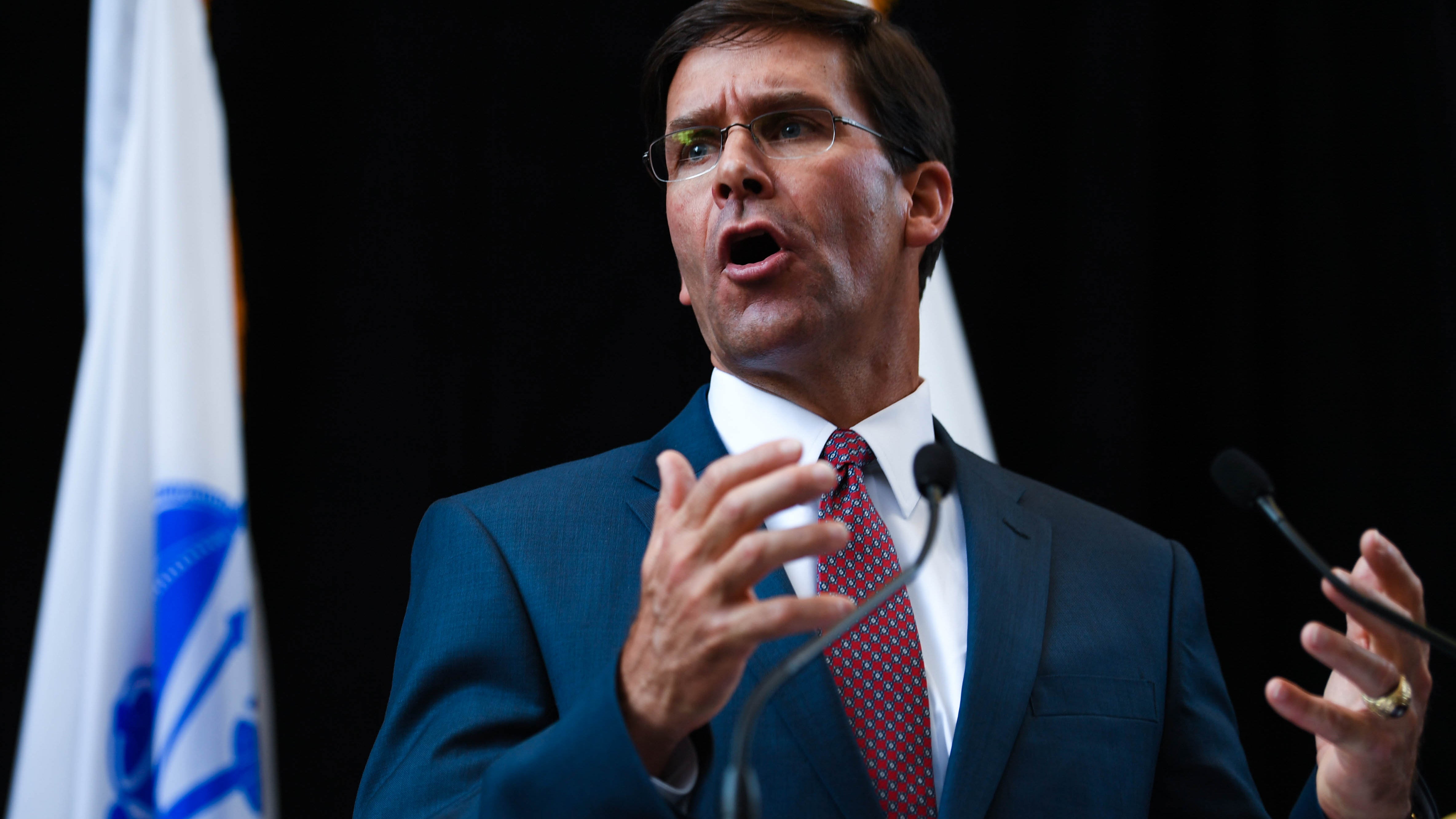 Army reform has a three-pronged objective: freeing up time, money and manpower, according to Secretary of the Army Mark T. Esper.

Speaking at a forum with other service secretaries hosted by the Center for Strategic and International Studies, Esper said reform is a critically needed part of Army efforts to continue improving combat readiness while also modernizing weapons and systems. Reform, either doing things better, cheaper or not at all, is a necessary step to make improvements, he said. “Our reform measures have helped us fund both of those,” he said. “We’ve made a lot of great progress, and we are very happy with how far we’ve come.”

“We have reformed and shifted dollars,” he said. “We wanted to make sure that we placed an emphasis on not just moving the Army into the future from an equipping standpoint but from a training and personnel standpoint.”

Money was shifted into more than 30 next-generation technology projects and from about 200 programs that were lower priority, he said. “If I am not able to make that shift from the legacy to the future, we risk losing the first fight of the next war.”