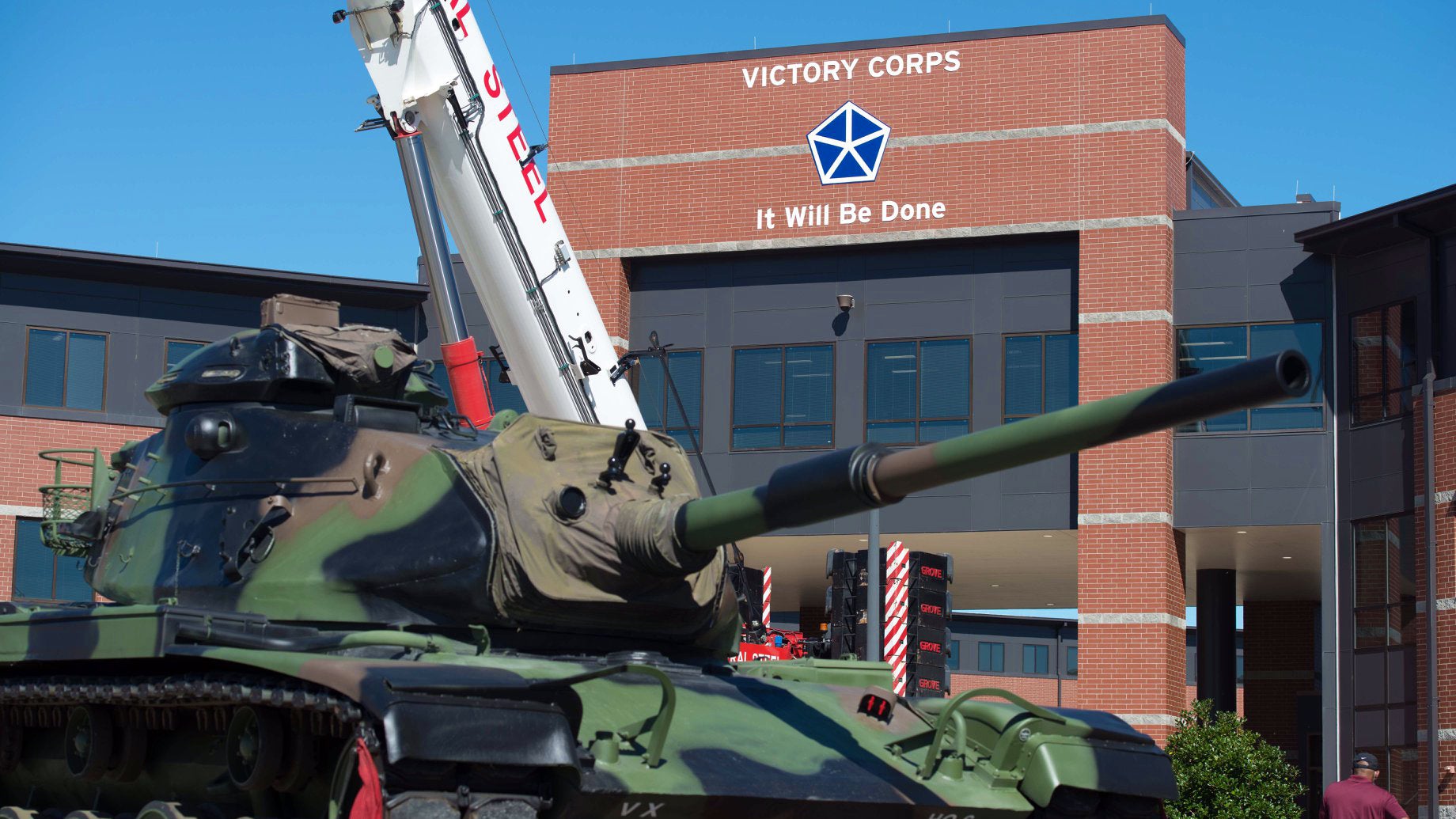 Seven years after it was deactivated, the Army’s storied V Corps was reactivated Oct. 16 in a ceremony at Fort Knox, Kentucky.

Commanded by Lt. Gen. John Kolasheski, V Corps will be based at Fort Knox but have a forward-deployed command element in Poznan, Poland, as part of a shift in U.S. presence in Europe. The V Corps flag was unfurled in an Aug. 4 ceremony in Poland, and the first rotation of 200 soldiers is expected to arrive sometime in fiscal year 2021.

In total, the corps headquarters will have about 600 soldiers.

“Make no mistake, the United States remains fully committed to a strong trans-Atlantic alliance, strengthening our partnerships and setting conditions for a safe and prosperous Europe,” Gen. Michael Garrett, commander of Army Forces Command, said during the ceremony. “Today’s ceremony underscores that commitment.”

The reactivation of V Corps “demonstrates the U.S. commitment to Europe, to NATO and to our allies and partners in the region,” said Kolasheski, who most recently commanded the 1st Infantry Division and previously was deputy chief of staff for operations at Forces Command.

The return of the corps “is a big deal for the Army, for Forces Command and U.S. Army Europe,” Kolasheski said, adding that during a recent visit to Europe, “I can say with some authority that everybody I came in contact with is excited for the return of V Corps to Europe.”

V Corps’ history dates to 1918, when it was activated during World War I. By the end of the war, the corps had fought in the Lorraine, St. Mihiel and Meuse-Argonne campaigns and was dubbed the “Victory Corps,” according to information from V Corps.

The corps later took part in the D-Day invasion and liberation of Europe during World War II, defended Western Europe during the Cold War, and saw service in the Balkans, Iraq and Afghanistan.

Most recently, V Corps had its headquarters in Wiesbaden, Germany. It was deactivated in 2013 as part of a larger restructuring of Army forces in Europe.

When the V Corps forward element deploys to Poland in the future, its primary mission will be to conduct operational planning, mission command and oversight of rotational forces in Europe. The headquarters also is slated to participate in the Defender-Europe 2021 exercise.

The activation of V Corps gives the Army four corps headquarters. The others are I Corps at Joint Base Lewis-McChord, Washington, III Corps at Fort Hood, Texas, and XVIII Airborne Corps at Fort Bragg, North Carolina.