Army in ‘Race for Talent’ in STEM Fields

Army in ‘Race for Talent’ in STEM Fields 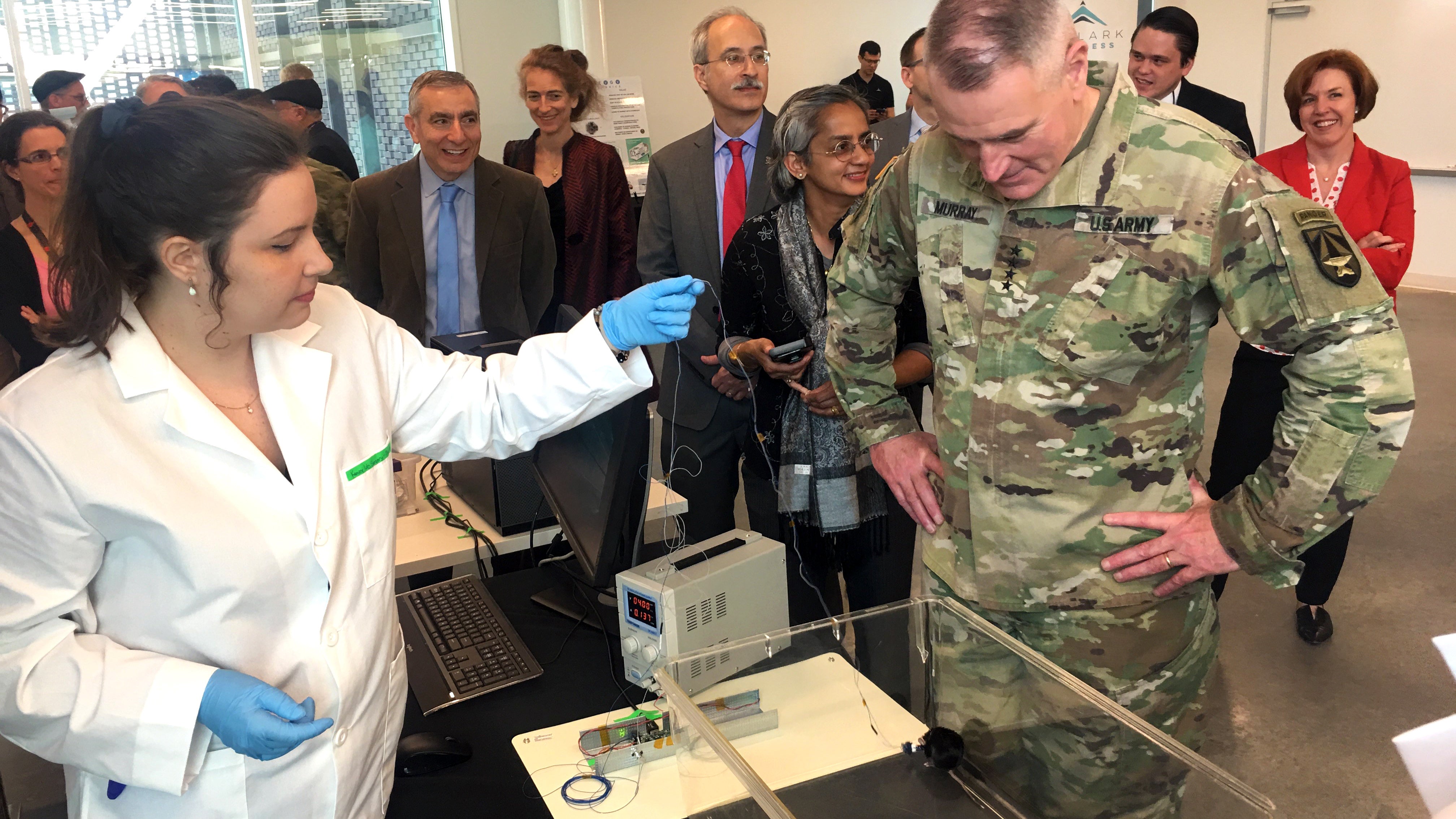 Continued mentorship and outreach are critical to recruiting and retaining the next generation of Army women in the fields of science, technology, engineering and math, leaders said July 22 during a webinar hosted by the Association of the U.S. Army.

Mentors are especially important for Army women in technology, said Nancy Kreidler, director of cybersecurity and information assurance for the deputy Army chief of staff for command, control, communications, cyber operations and networks, or G-6.

“Find a mentor, find someone you can talk to, reach out, don't go it alone,” she said. “If you are in some place that's a bad situation, don't wait around to think it's going to get better when it's not. Leave. Go find where you're valued.”

During the webinar, part of The AUSA Noon Report series, Maj. Gen. Maria Barrett, commanding general of the Army Network Enterprise Technology Command, stressed that the Army “cannot leave any talent on the table,” especially in the STEM fields.

“The race for talent is real. You have to bring people in … and engage them in a way that encourages them to participate,” she said.

Leaders also must look at how they’re recruiting. “As a leader, I think you have to look at the full life cycle spectrum of your workforce and understand where it is that you might have a gap or a weak area … and get after it quickly and consistently,” she said.

Changing the face of Army tech starts at a local level, Barrett said, through engaging with local communities and informing girls and women who excel at STEM about opportunities to serve in the Army.

When Army women in technology fields see other women in leadership roles, they will better see their own potential, Kreidler said.

“Once you have a woman in a role, it's not unusual to see another woman in that role, and that's a big deal,” she said. “That's why when you see a woman for the first time, we have a new secretary of the Army who's a woman, that means it can happen again. Those are really groundbreaking times.”